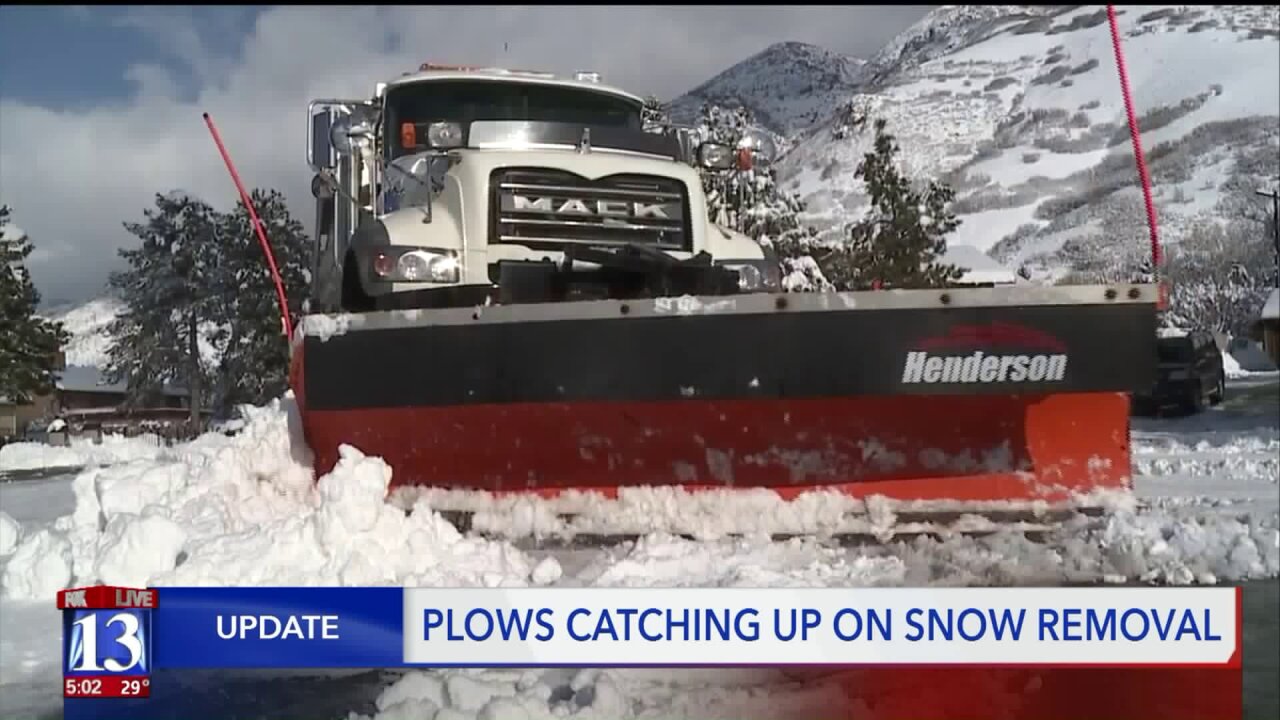 Crews said they worked through the night in an attempt to get everything done.

That left residents waiting for clear streets, or taking matters into their own hands by clearing snow themselves.

Linda Brooks in Cottonwood Heights said the plows showed up late Monday night, so her neighbors helped clear in front of her driveway.

"It took two people to dig a space just to get out of our driveway," she said.

A Cottonwood Heights City plow came by again Tuesday around 2 p.m. to finish scraping snow from her cul-de-sac.

"We realized that the other circles weren't even cleaned," Brooks said. "So, it was just a very difficult snow."

"We stay on the main [roads] and hills, the trouble spots, the priority spots," explained Eric Trigg with Cottonwood Heights Public Works.

That meant neighborhood streets and cul-de-sacs like the one Brooks lives in, took a back seat during the storm. Once the flakes finally faltered, trucks made their way to the residential areas.

"We can't get a whole city plowed in five hours," he said. "It takes time."

And this storm took time. Trigg said their crews worked until 1 a.m. Tuesday morning and even brought in extra help in the form of off-duty police officers to man some of the vehicles.

"We're not going to leave here until at least we've gone through everything once," he said. After they touched upon every street, they went home and came back early Tuesday morning to continue clearing snow.

In West Jordan, crews never even stopped and worked through the night.

"When a storm happens, we're out 24/7 until every single street in West Jordan is plowed," said Zackary Griffis with West Jordan City Public Works.

By Tuesday afternoon, both cities turned their focus to touching up with salt and wiping away the last spots of snow.

Both Griffis and Trigg said they encountered problems with cars parked on the street. They said it hinders their ability to plow and prevents clearing certain areas like cul-de-sacs. They asked residents to park off the street after a snowstorm hits.