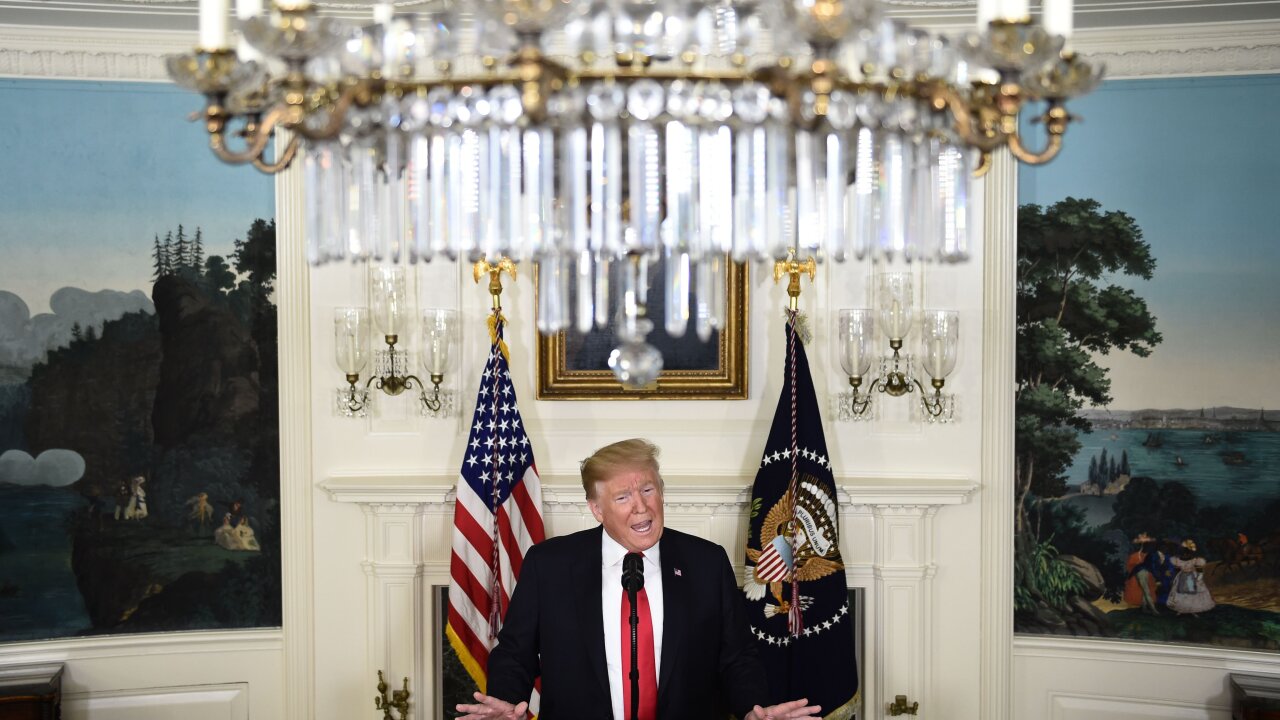 Trump floated the offer in an afternoon speech from the White House, however, Democrats see the lack of a permanent solution for the individuals impacted by these programs as a deal-breaker.

But all of this is on the condition that he receives $5.7 billion for a border wall — the central point of contention between Democrats and Republicans in the fight to re-open the government.

Statements from legislators rolled in following the President’s announcement:

Speaker of the House Nancy Pelosi

Prior to Trump’s speech, Pelosi, a California Democrat, issued a statement in response to “initial reports” that “make clear that his proposal is a compilation of several previously rejected initiatives, each of which is unacceptable and in total, do not represent a good faith effort to restore certainty to people’s lives.”

Her statement continued: “It is unlikely that any one of these provisions alone would pass the House, and taken together, they are a non-starter. For one thing, this proposal does not include the permanent solution for the Dreamers and TPS recipients that our country needs and supports.”

Following Trump’s speech, Pelosi tweeted, “What is original in the President’s proposal is not good. What is good in the proposal is not original. Democrats will vote next week to add additional border security funding for ports of entry, advanced technology for scanning vehicles for drugs & immigration judges.”

Republicans issued statements of support for the President’s proposal, including McConnell, who said he intends to bring the legislation forward this week. He had declined earlier to bring forward spending bills Democrats passed in the House.

“I commend the President for his leadership in proposing this bold solution to reopen the government, secure the border, and take bipartisan steps toward addressing current immigration issues,” McConnell said in a statement.

The Republican from Kentucky called the proposal a “a fair compromise by incorporating priorities from both sides of the aisle.”

“This bill takes a bipartisan approach to re-opening the closed portions of the federal government. It pairs the border security investment that our nation needs with additional immigration measures that both Democrat and Republican members of Congress believe are necessary. Unlike the bills that have come from the House over the past few weeks, this proposal could actually resolve this impasse. It has the full support of the President and could be signed into law to quickly reopen the government,” he continued.

“It’s clear the President realizes that by closing the government and hurting so many American workers and their families, he has put himself and the country in an untenable position,” Schumer said in a statement. “Unfortunately, he keeps putting forward one-sided and ineffective remedies. There’s only way out: open up the government, Mr. President, and then Democrats and Republicans can have a civil discussion and come up with bipartisan solutions.”

His statement continued: “It was the President who singled-handedly took away DACA and TPS protections in the first place — offering some protections back in exchange for the wall is not a compromise but more hostage taking.”

“The way to end this shutdown is for both sides to make mutual concessions in order to reach an agreement. The President has made a very reasonable offer to extend DACA and TPS protections in exchange for the border security measures he supports. I hope that instead of choosing the road of endless obstruction, Democrats will decide to work with him to reach an agreement and end the shutdown,” Rubio said in a statement.

The Illinois Democrat is the co-author of the BRIDGE Act, which is legislation aimed at extending protection for DACA recipients, and issued a statement also rejecting the President’s proposal.

“First, President Trump and Senate Majority Leader McConnell must open the government today. Second, I cannot support the proposed offer as reported and do not believe it can pass the Senate. Third, I am ready to sit down at any time after the government is opened and work to resolve all outstanding issues,” Durbin said.

The Virginia Democrats, who represent many thousands of government employees in their state next to Washington, DC, issued a joint statement criticizing the President for not acknowledging “the pain and suffering” he has caused to those affected by the shutdown and said the first step to immigration reform needs to include reopening the government.

“President Trump’s remarks today failed to acknowledge the pain and suffering he has caused to federal workers, contractors, and millions of Americans with this unnecessary government shutdown, and his rhetoric toward immigrants was inflammatory and unproductive,” the statement said.

It continued, “​We would be glad to review, starting this week, any proposals he has to responsibly improve and increase border security and provide certainty to TPS recipients and DREAMers. To start this process, we have to immediately reopen the government.”

West Virginia Democratic Sen. Joe Manchin weighed in on the President’s announcement in a tweet on Saturday evening, saying he was “hopeful” that this proposal would allow the government to open soon.

“I’m hopeful the President’s statement tonight will allow us to immediately reopen gov, put WVians back to work & start negotiating long-term immigration reform. I look forward to working w/my GOP & Dem colleagues to make this happen so that we can end this shameful shutdown,” he tweeted.