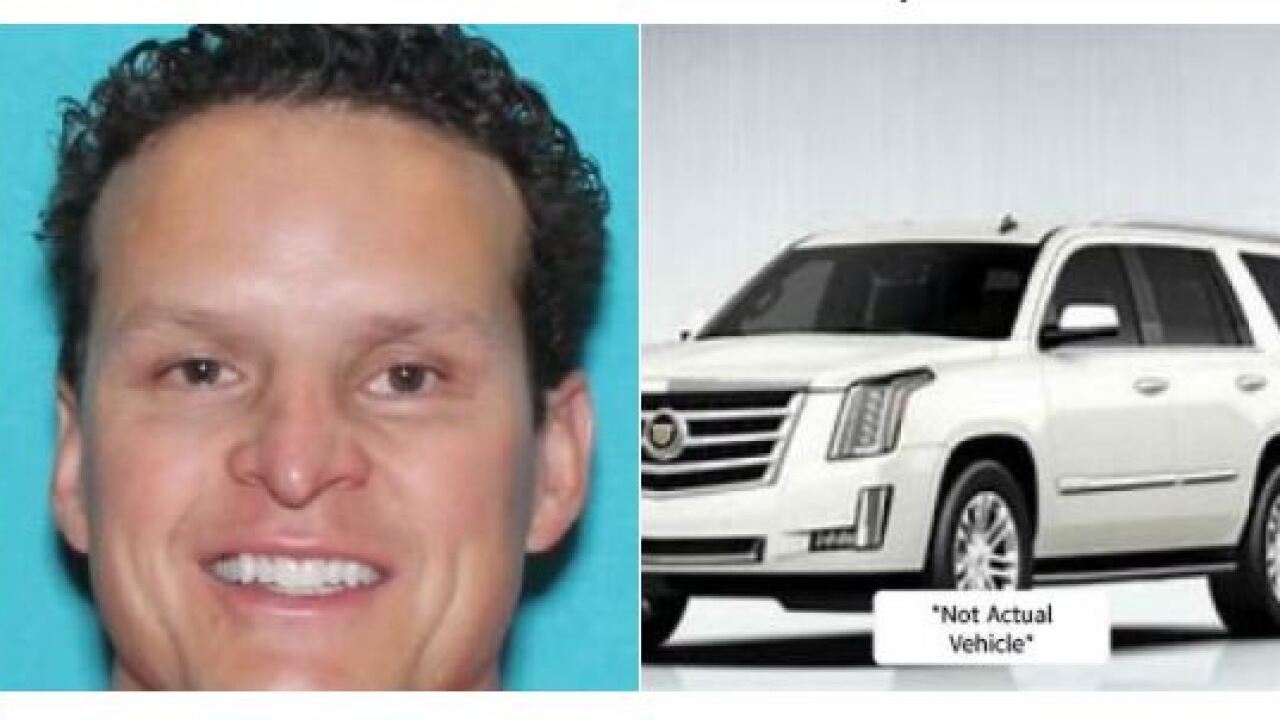 Stokoe was last seen driving a 2015 Cadillac Escalade with a Utah plate F823HC.

UPDATE: Police in Salt Lake City announced that three people have been arrested in connection with the homicide of David Stokoe.

Diana Hernandez, 30, and Jessica Miller, 38, were arrested for obstruction of justice. Manuel Velasquez, 31, was arrested for homicide and other charges, police officials stated.

David Stokoe was reported missing on Thursday when his wife called authorities after he did not return from work, according to police.

Stokoe was a real estate agent with an office in South Jordan.

Stokoe was last seen driving a 2015 Cadillac Escalade with a Utah plate F823HC.

Det. Greg Wilking with Salt Lake City Police said investigators learned Stokoe was going to collect rent at a residence on Princeton Avenue near Windsor Street. When officers went to the residence Friday afternoon, Wilking said no one answered the door and entry into the home was made.

While inside the residence, investigators located some items that were “disconcerting,” but would not say what those items were.

Shortly before 11 p.m. Friday, police announced Stokoe had been found deceased. The location and circumstances surrounding his death were not released.

“Our condolences to family and friends. We will work hard to bring those responsible to #Justice,” SLCPD said on Twitter. Police said more information would be released Saturday morning.

Stokoe was driving a 2015 Cadillac Escalade with a Utah plate F823HC when he disappeared. That vehicle was still missing as of Friday evening.