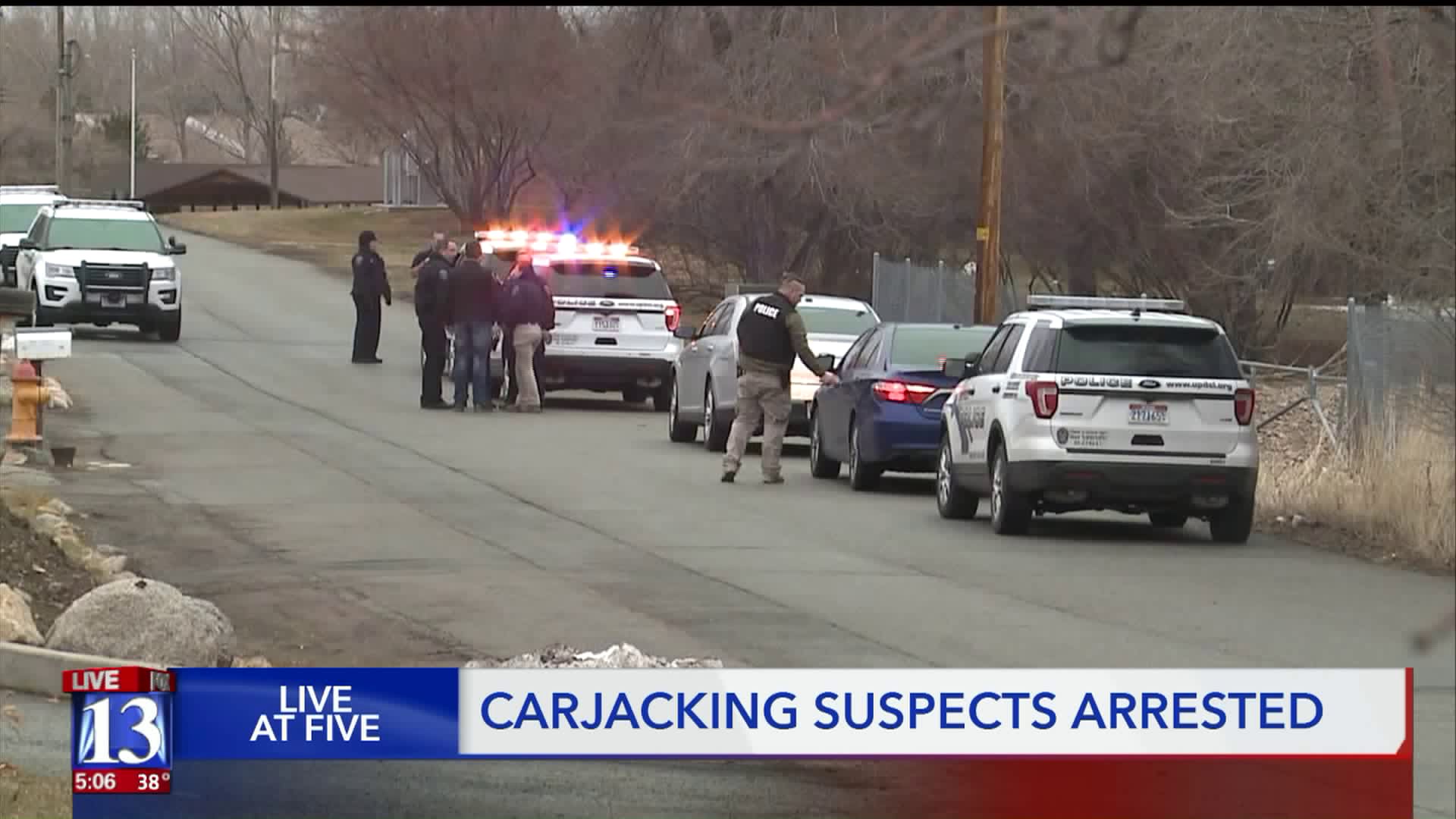 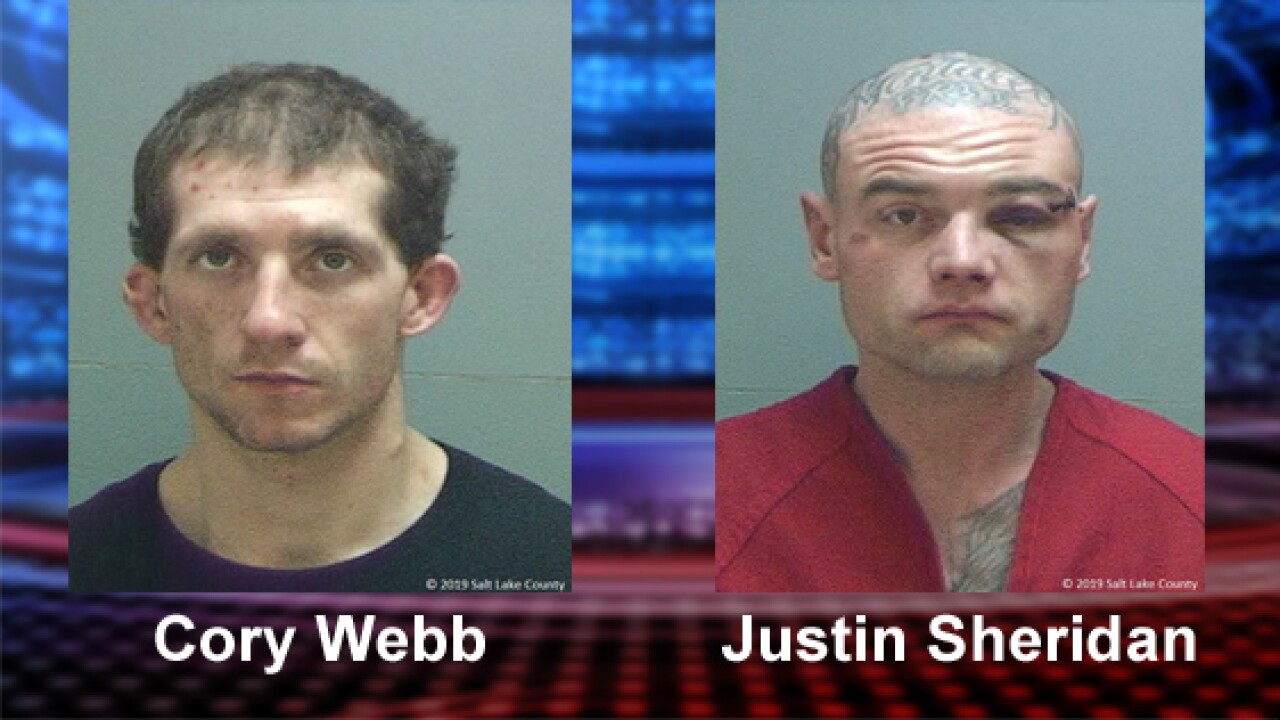 MILLCREEK, Utah — An elderly couple is physically fine but a little shaken up after two men, Justin Sheridan, 23, and Cory Webb, 24, allegedly carjacked their vehicle and made one of them drive them around town.

Sgt. Melody Gray with the Unified Police Department told FOX 13 that the men jumped onto law enforcement's radar around noon today when there were reports of these men being involved in a hit-and-run while driving a stolen car around in Murray.

“Suspects that were in that vehicle fled the scene, carjacked an elderly couple. The suspects were armed and threatened the lives of this elderly couple,” Gray said.

Police said that the men used the weapons to pressure the couple to drive them around. At some point, a police officer spotted that car, noticed what was happening and then tried to pull the car over.

Gray said the suspects ended up fleeing again from that vehicle and taking off down a neighborhood in Millcreek.

“The first one was apprehended very quickly,” Gray said but continued to explain how the second suspect put up a fight with police and was combative.

Both Sheridan and Webb have been arrested, but the charges they may face have not been released.