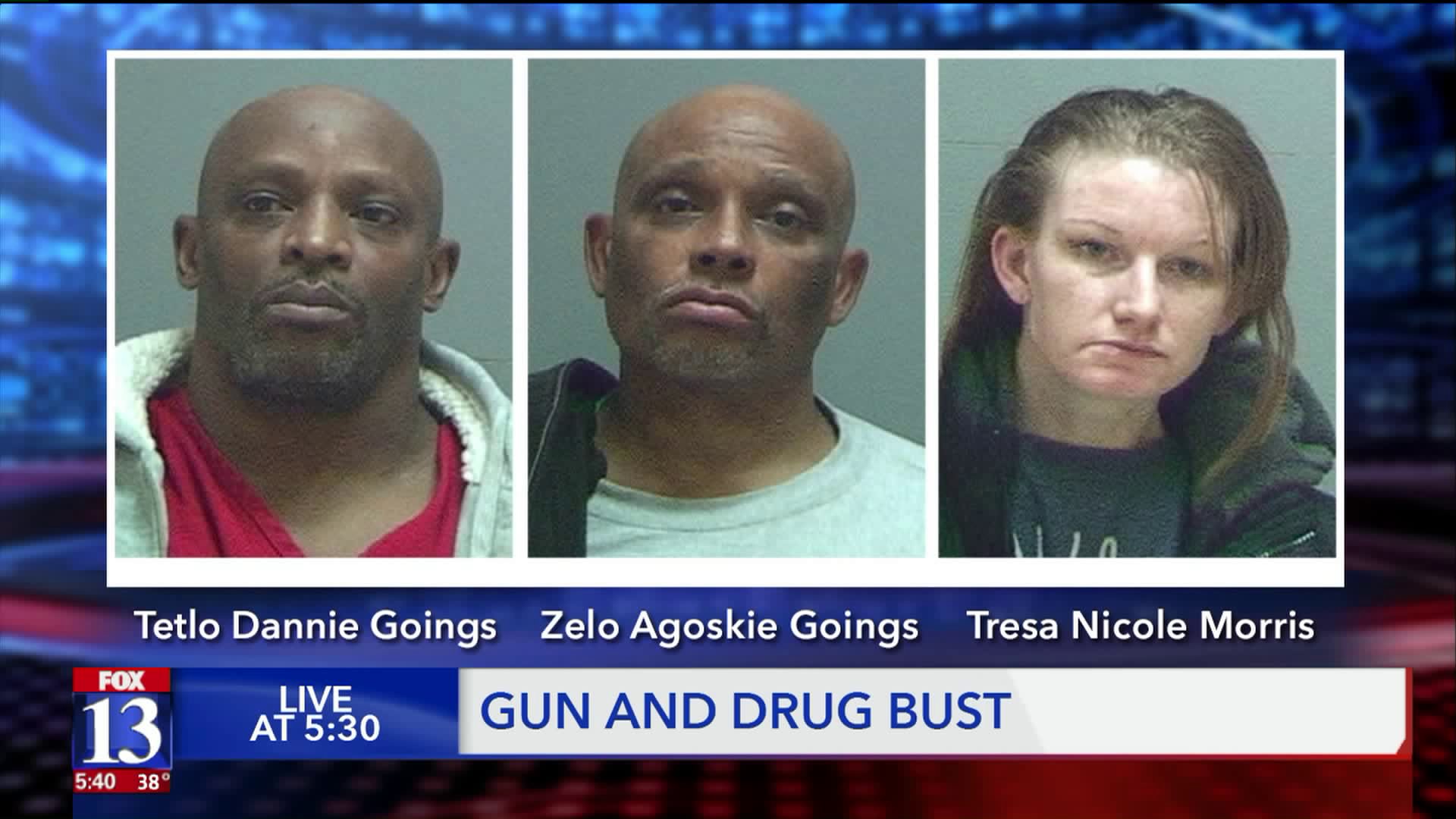 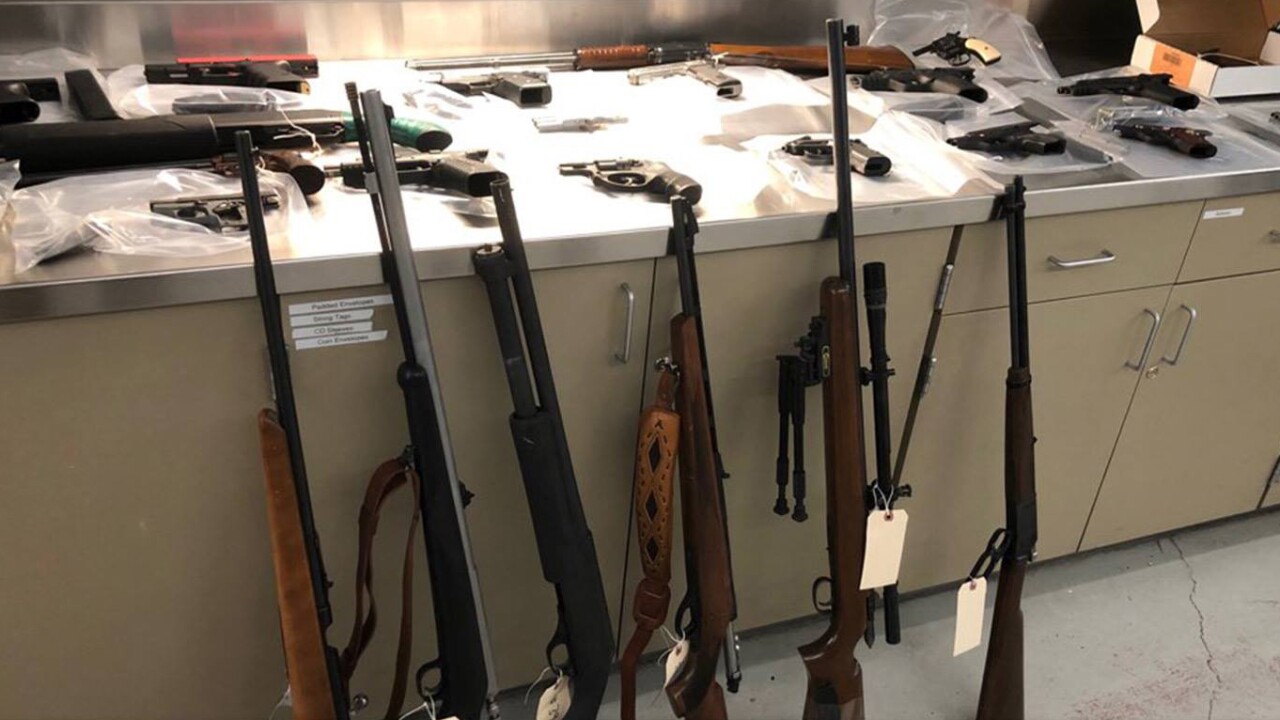 SALT LAKE CITY — Police serving a search warrant in Salt Lake City seized methamphetamine, heroin, marijuana and dozens of guns, including some that were stolen.

Police said the meth and heroin were in large enough quantities for distribution, and they seized small Ziploc-type bags and scales that drug dealers use to measure and package their products.

"We do know that some of them have been stolen from vehicle prowls," said Salt Lake Police Detective Jess Perea.

Any gun in the home was illegal, police said, because the two men arrested in the raid have criminal records. Court records show 60-year-old Tetlo Goings pleaded guilty to a domestic violence misdemeanor in the past and 56-year-old Zelo Goings was found guilty of a felony assault charge.

The third person arrested in the raid is 36-year-old Tresa Morris, who was also booked on felony gun and drug charges.

Perea said the raid shows the need for law-abiding gun owners to be more careful.

"Let this be a lesson keep em locked up. Don't put them in your cars and don't stow them in there overnight," Perea said.