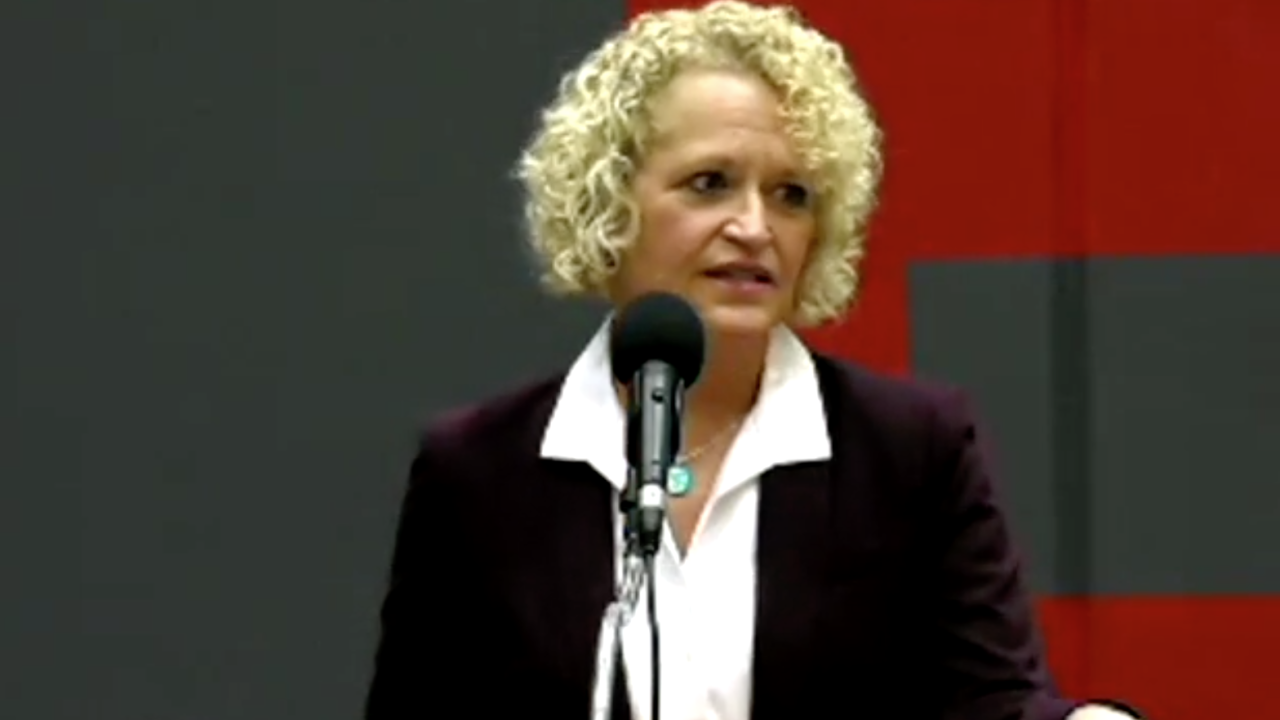 SALT LAKE CITY — Mayor Jackie Biskupski made some big announcements on affordable housing and transit during her annual “State of the City” address.

In prepared remarks at East High School, the mayor said affordable housing “threatens the very fabric” of the region. She said Salt Lake City has launched a number of programs and had 2,500 new “affordable” housing units open up since 2016 (including 400 for people transitioning out of homelessness). However, she also said the city would review zoning ordinances and do more to incentivize affordable housing options.

“But, we can’t do it alone. The cultural shift in affordable housing we have created here, must expand statewide,” Mayor Biskupski said. “Communities along the Wasatch Front must step-up and say yes to affordable housing. The demand in Salt Lake County alone is 40,000 units.”

The mayor noted new homeless shelters would be opening soon (in and of itself a bruising battle with some neighborhoods and lawmakers who pushed “Operation Rio Grande”). She pointed out that crime has dropped 25 percent since she took office and said more police officers are in neighborhoods.

The mayor spoke of one of her administration’s biggest priorities — climate change — by touting her goal to have the city on 100 percent renewable energy by 2032. She said climate change is threatening the city’s water, forests and tourism and called the air quality situation a “crisis.”

Mayor Biskupski got applause when she announced a big expansion of transit to help with air quality issues.

The initiative will kick off in August. The 900 South line would also extend even further west into Glendale and Poplar Grove. The Salt Lake City Council funded an expansion of service with Utah Transit Authority.

The mayor also announced plans to review the HIVE pass program (city-subsidized discount transit fares) with an eye toward making it “more robust” and said with voters approving an $87 million road bond in November, construction would begin to repair the broken infrastructure, including a major project along 2700 South.

Mayor Biskupski is seeking re-election with a growing list of challengers including former Sen. Jim Dabakis, former city councilman Stan Penfold and businessman David Ibarra. She has faced criticism over battles with the Utah State Legislature and, at times, the city council.

She appeared to note that in her address by touting the accomplishments of her administration so far.

“Yes, at times we have disagreed, and that is healthy, but on most issues, we have spoken with one voice,” she said.