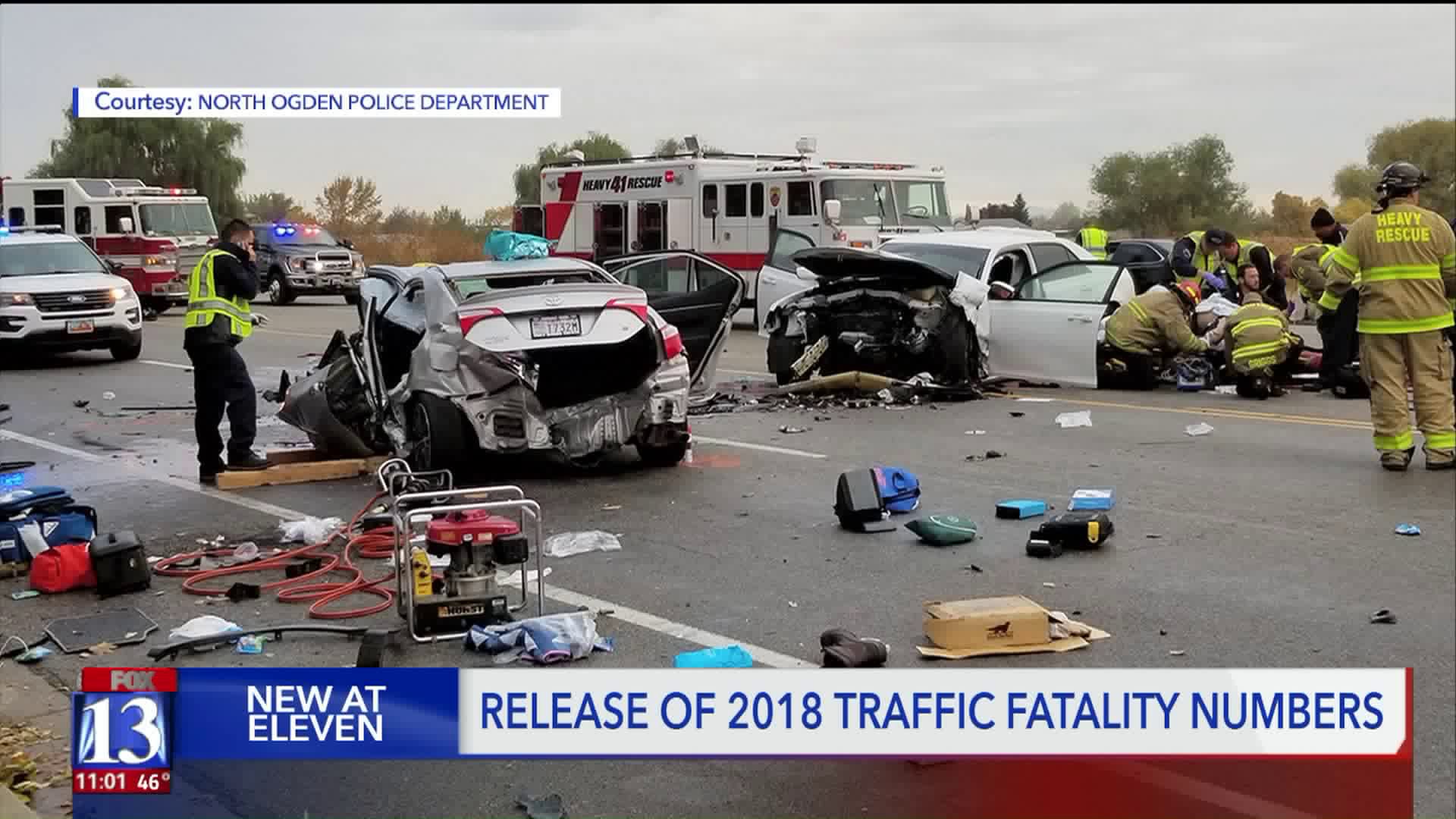 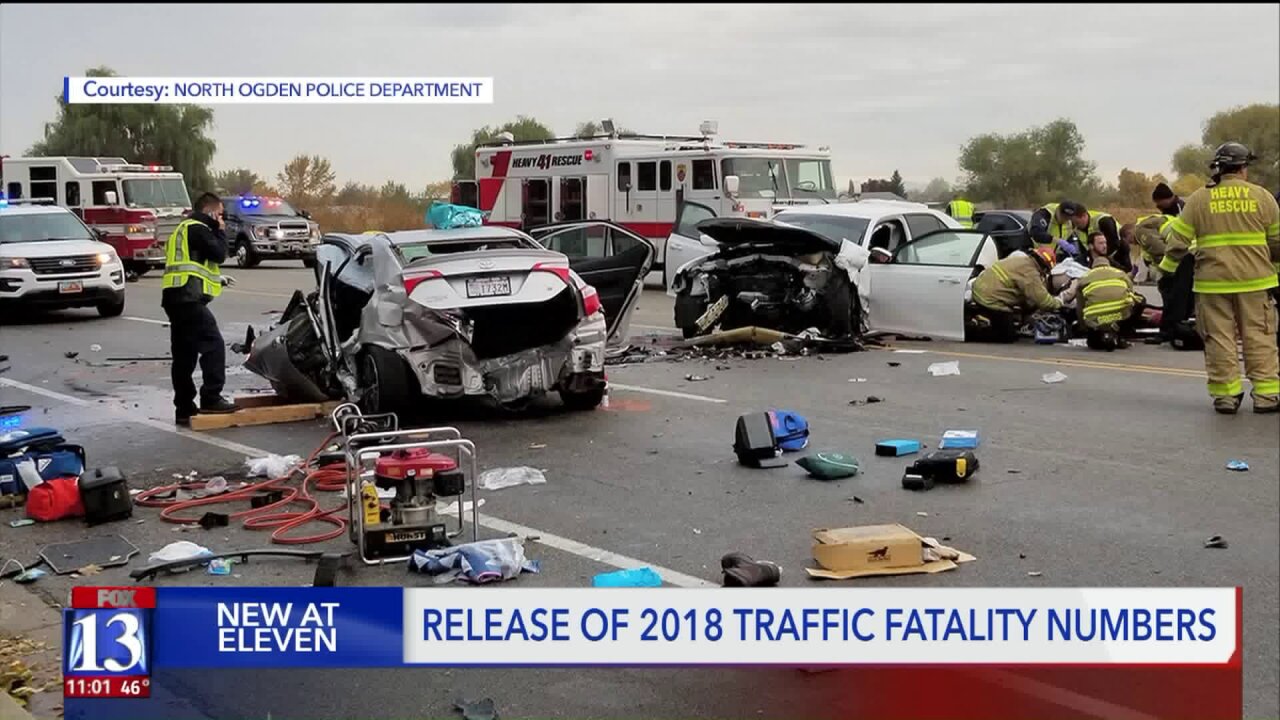 Last year, 264 people died in crashes on Utah roadways. That number is down 3.3 percent compared with 2017. Of the 264 people who died, 175 were in cars, 47 were on motorcycles, 39 were pedestrians and three were bicyclists.

"[That's] 264 death notifications where a police officer came and gave really horrible news to a family because of a crash that, most of the time, didn't need to happen, because of making bad choices," said Col. Mike Rapich, UHP.

Fatalities on Utah roads have been lower than the national average for at least 13 years, according to a graph released Thursday by Zero Fatalities.

Zero Fatalities raises awareness about five common issues that contribute to deaths on roadways in Utah and other states. Those are: drowsy driving, distracted driving, aggressive driving, alcohol impairment and not using seat belts.