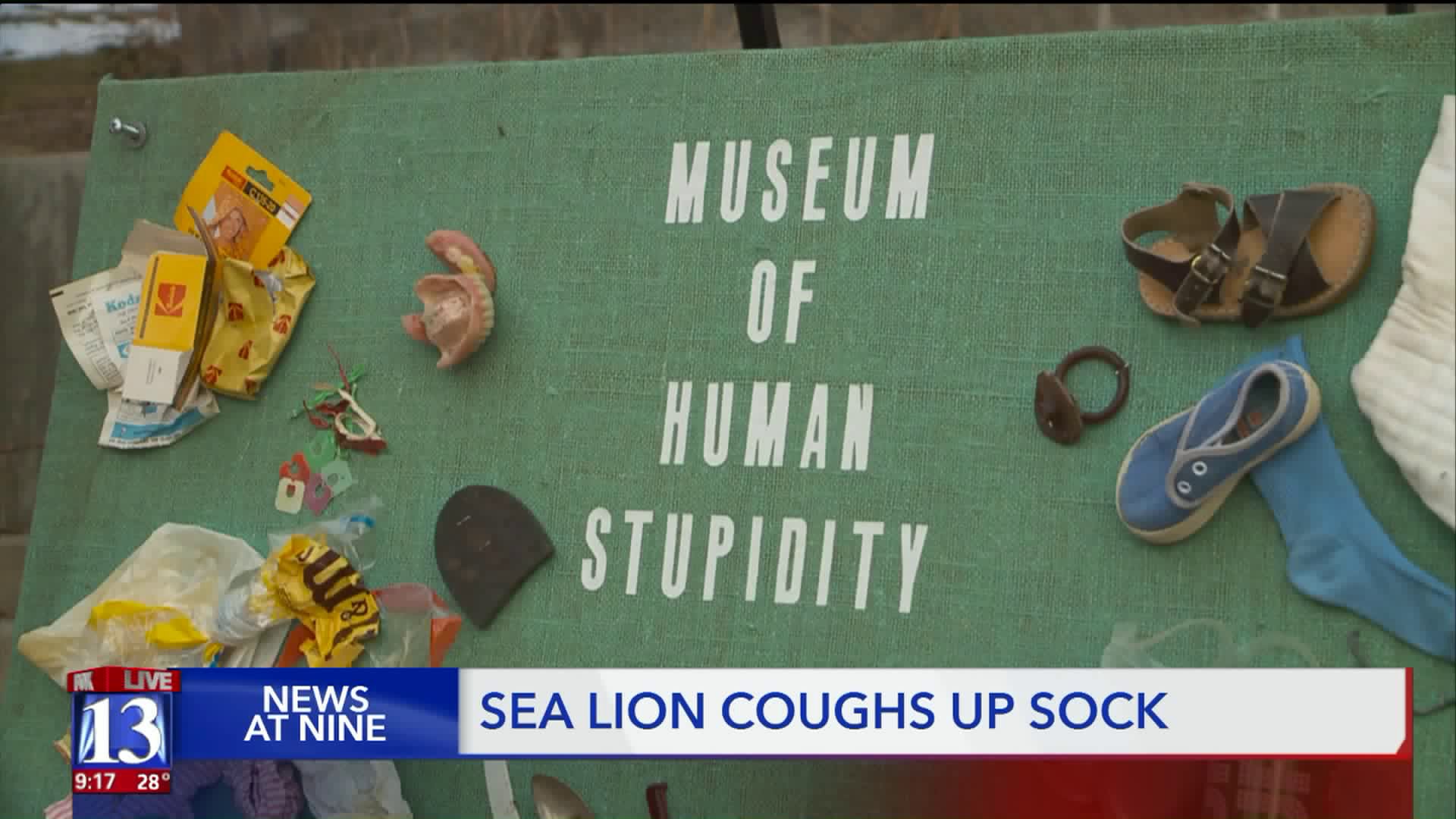 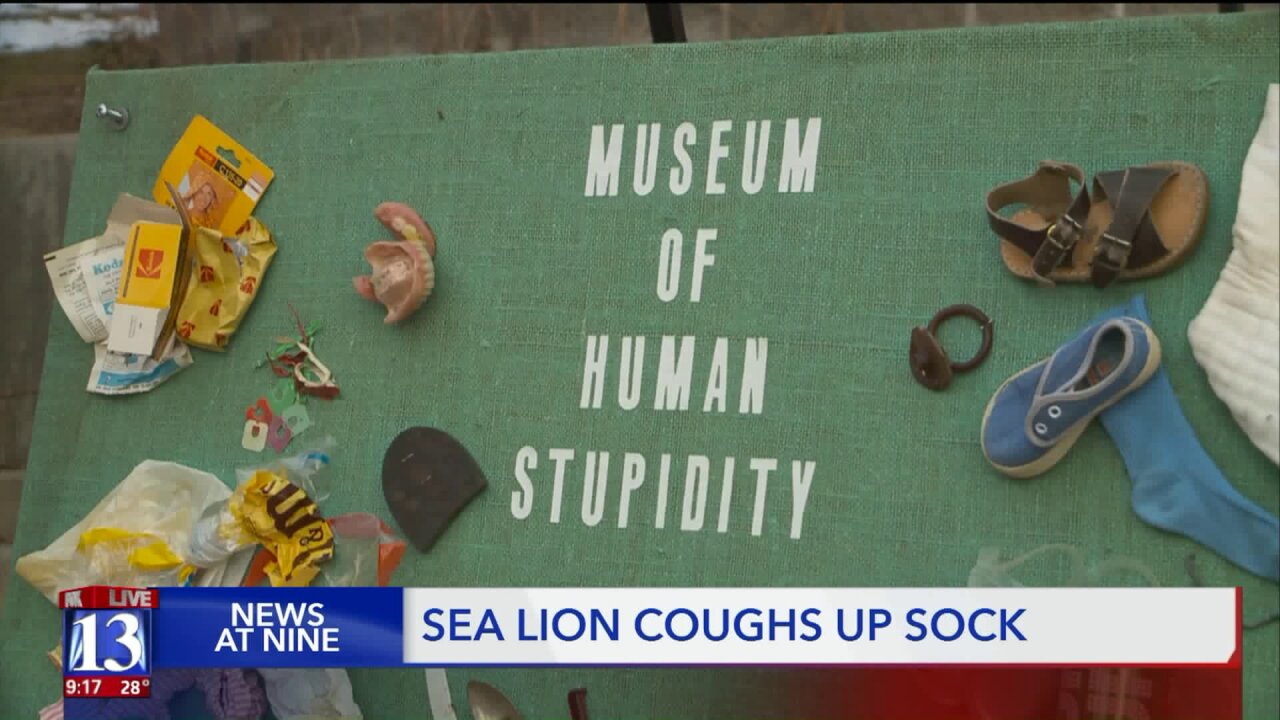 SALT LAKE CITY -- The sea lions at the Hogle Zoo steal the show at the rocky shores enclosure, but even the kids know that maverick and Diego stick to an all fish diet.

But over the weekend Diego, the 15-year-old sea lion, started acting strangely. He wouldn’t eat, or train and the zoo staff didn’t know what was wrong… but the next morning the mystery was solved when Diego threw up a sock.

On the toddler’s sock is a lot of gunk including a little fish skeleton. Those at the zoo say the sock fell through a fence and into Diego’s enclosure.

“If people aren't super vigilant paying extra close attention things can fall in and that can be harmful to the animals,” said Erica Hansen, Hogle Zoo, Manager Communication Operations.

That's what the Hogle Zoo saw in 2003 when a polar bear died after swallowing a glove that someone dropped into his enclosure.

“Anytime you lose an animal and especially when you think there's something more we could have done is definitely heartbreaking,” Hansen said.

Zoo officials said they see a lot fall into enclosures. You can get just a glimpse of what they’ve seen on the old museum of human stupidity board that was displayed in the sixties that we got out of the zoo’s storage.

“A lot of us who grew up in Salt Lake City and came to field trips at the zoo we have very vivid memories of this,” Hansen said.

The museum of human stupidity goes back to the sixties from pull tab soda cans to dentures and of course socks. But thankfully this sock is now out of Diego’s system and he's back to his all fish diet.

“We're relieved he’s' ok and back to being himself,” Hansen said.

The zoo has emergency numbers posted at almost every exhibit. If you're at the zoo something falls in, let them know immediately so you don't get added to the museum of human stupidity.