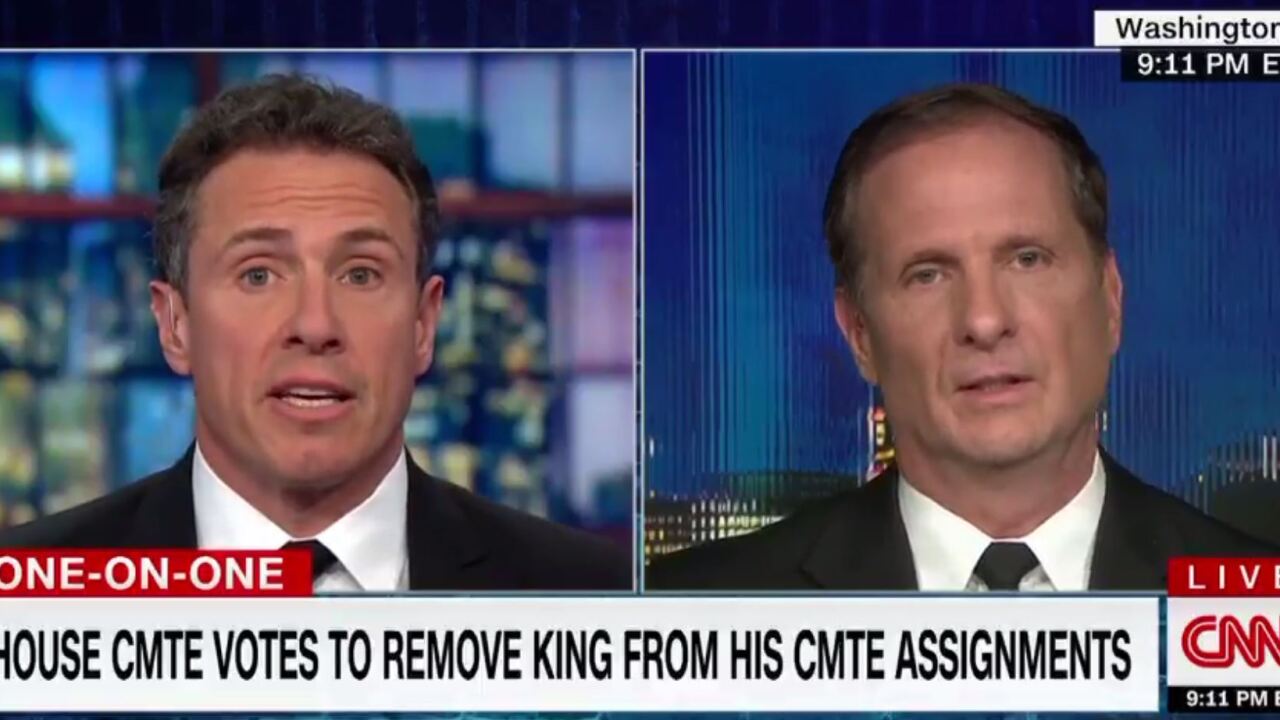 “White nationalist, white supremacist, Western civilization — how did that language become offensive? Why did I sit in classes teaching me about the merits of our history and our civilization?”

Stewart went on to say that King’s comments were something that the Republican Party could not support.

“It’s not the first time he’s said things that the party just cringes at,” Stewart said.

King criticized the Republican Party’s move of removing him from his committee assignments in a statement, Fox News reported:

“Leader McCarthy’s decision to remove me from committees is a political decision that ignores the truth. The truth is as follows: One of my quotes in a New York Times story has been completely mischaracterized. I will continue to point out the truth and work with all the vigor that I have to represent 4th District Iowans for at least the next two years.”