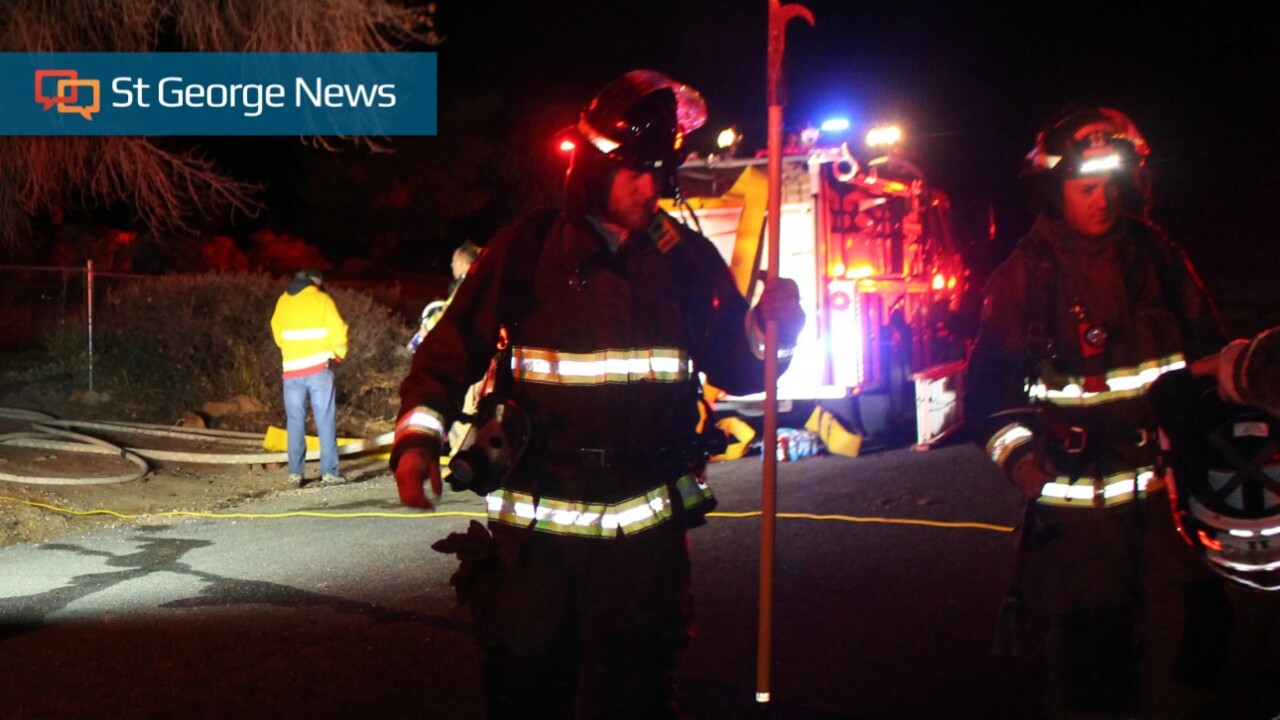 WINCHESTER HILLS – A passerby likely saved a home from being completely destroyed in a fire by alerting the residents to smoke coming from the roof Friday night. The St. George News reports.

Active flames shooting from the roof toward the north side of the structure greeted firefighters as they began tackling the blaze, while reinforcements from St. George and Diamond Valley began to arrive.