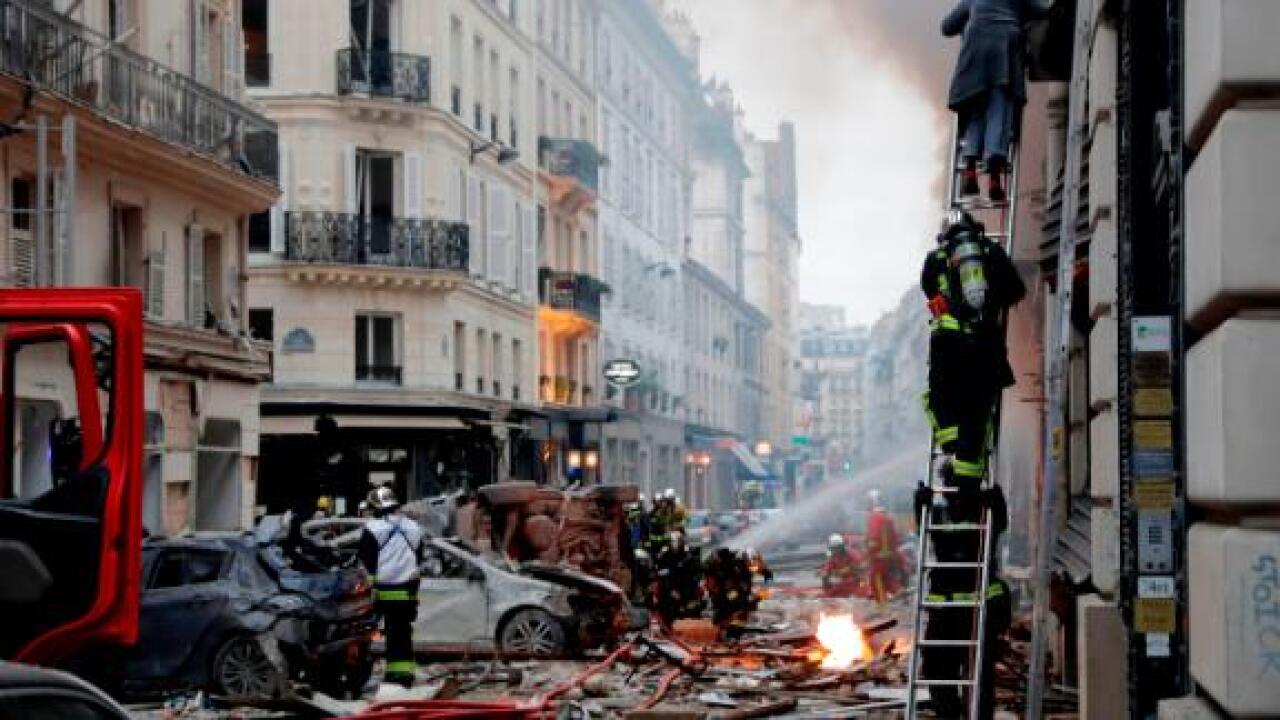 (CNN) — Two firefighters have died and dozens more people were injured after a gas leak caused an explosion in Paris, emergency services in the French capital say.

The blast occurred at a bakery at 9 a.m. local time on Saturday, as firefighters were responding reports of the leak.

Police had originally said four people had died, before revising down the death count.

“At this hour, 2 firefighters from the Paris fire brigade are dead. 10 people are seriously injured, including a firefighter. 37 people are in a state of relative emergency,” French Interior Minister Christophe Castaner tweeted.

“Profound sadness. Standing by the families of victims. The nation shares in their pain,” he added.

Pictures from the scene, Rue de Trevise in the 9th arrondissement of the French capital, showed smashed windows and scattered debris across the street, as fire crews evacuated people from apartments above the bakery.

“At this stage, we can tell the origin of the explosion is accidental, a gas leak, but we should remain prudent as an ongoing investigation will determine the causes of this,” Heitz said.

Castaner, who visited the scene with Prime Minister Edouarde Philippe and the city’s mayor Anne Hidalgo, wrote earlier on Twitter that the toll of victims “will be heavy.”

More than 200 firefighters are responding to the incident, Castaner wrote. “My first thoughts go to those injured and their loved ones,” he added.

Police advised the public to stay away from the area, and to make space for emergency vehicles.