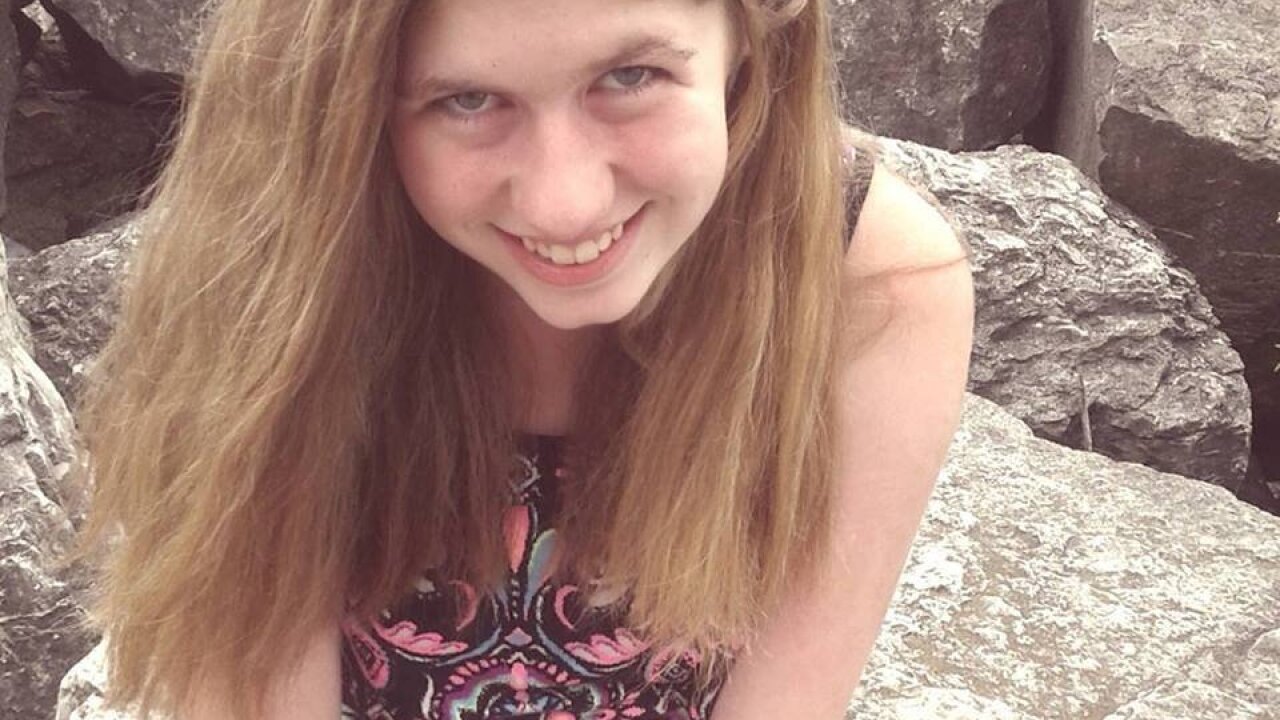 An Amber Alert has been issued for Jayme Closs, 13, of Barron County in northwestern Wisconsin.

(CNN) — Jayme Closs escaped from the remote Wisconsin residence of her suspected captor — a man now arrested on suspicion of killing the teen’s parents and abducting her three months ago — and then flagged down a woman who was walking her dog, authorities said.

The case spurred numerous searches and thousands of tips from the public, but it was 13-year-old Jayme who helped herself to freedom.

“In cases like this we often need a big break, and it was Jayme herself who gave us that break,” FBI Special Agent Justin Tolomeo told reporters Friday during a news conference in the girl’s hometown of Barron, Wisconsin.

Jayme, who was reported missing October 15 after her parents were found shot dead in their home near Barron, was discovered walking alone Thursday afternoon two counties to the north, outside the rural community of Gordon, authorities said.

The man accused of abducting her — Jake Thomas Patterson, 21 — was arrested shortly afterward when a law enforcement officer pulled him over in a vehicle following neighbors’ 911 call to report Jayme’s emergence, authorities said.

Investigators now believe Patterson shot Jayme’s parents — James Closs, 56, and Denise Closs, 46 — dead at their home in October and abducted Jayme, and that it appears he went there with the precise intention of taking the girl, said. Police said after Patterson was arrested they recovered a shotgun they think was used in the killings.

A motive — and whether Patterson and the Closs family knew each other — remains under investigation, authorities said.

Patterson was being held Friday in Barron County on preliminary charges of first-degree intentional homicide and kidnapping, Fitzgerald said.

“I have stood before you and (promised) we’d work tirelessly to bring (Jayme) home,” Fitzgerald said. “Last night our collective promise was fulfilled.”

Out for a dog walk, woman finds Jayme

The woman who found Jayme while walking her dog said the girl told her, “I’m lost, and I don’t know where I am, and I need help.”

Jeanne Nutter told CNN affiliate WCCO that Jayme was without a coat or gloves, and “when she told me who she was, I figured she must have left in a hurry.

Nutter and her husband have a cabin nearby and Thursday was the first day of their visit. Nutter was taking her dog Henry for a walk when she came upon Jayme, who had just escaped.

Nutter took Jayme to the home of Kristin and Peter Kasinkas, where she was later met by authorities, WCCO reported.

‘It appears he concealed her from … his friends’

The sheriff said Patterson had been keeping Jayme against her will at his home outside Gordon, in Wisconsin’s sparsely populated Douglas County, which abuts Minnesota.

Fitzgerald said it’s not clear whether Patterson, who is unemployed, owns the home, or how he kept Jayme there.

“It appears he concealed her from other people … his friends,” Fitzgerald said.

Also unclear is why he allegedly targeted her in the first place. The sheriff said it appeared Patterson had no previous association with Jayme’s family, including any social media contact with the teen, Fitzgerald said.

Patterson does have “a tie” to Barron County, where Jayme’s family lived, the sheriff said without elaborating.

He worked for one day about three years ago at the Jennie-O Turkey Store plant in Barron — where Jayme’s parents were employed — before quitting, company President Steve Lykken said. Patterson said he was moving, Lykken said.

Investigators are trying to determine how Jayme escaped from Patterson’s home, Fitzgerald said.

Kristin Kasinskas, who helped report Jayme’s emergence to police Thursday, spoke to CNN on Friday about what happened.

Jayme approached Kasinskas’ neighbor — the woman police say was walking her dog in the remote community outside Gordon — around 4 p.m. Thursday and asked for help.

The woman knew of the girl’s disappearance, which was reported nationally, and intensely so in the state. Those two then rushed to Kasinskas’ home, which was nearby.

Police were called — but before they arrived, Jayme told them that she’d been held in the Gordon area, near Kasinskas’ home, by someone who killed her parents on the night she disappeared.

“She said to us that, ‘This person killed my parents and took me,’ ” Kasinskas told CNN’s Poppy Harlow.

“She said that this person usually hides her or hides her when others are near, or when he has to leave the household. She did not go into detail about how she got out of the house or anything like that.”

The girl appeared unkempt and thinner than in photos publicly released, Kasinskas said.

“She looked … kind of in rough shape. … I think she was doing OK despite the circumstances,” she said.

Jayme provided a description of Patterson’s vehicle. Shortly after the 911 call, a sheriff’s patrol sergeant found the vehicle, pulled it over and took Patterson into custody, Douglas County Sheriff Tom Dalbec said.

Kasinskas said she knew of Patterson but didn’t know him well.

Jayme expected to be released from hospital Friday, godmother says

Jennifer Smith, Jayme’s godmother, told CNN affiliate WCCO that the girl was recovering in a hospital near Duluth, Minnesota, and was expected to be released Friday.

Jayme’s aunt, Sue Allard, described a roller-coaster day to WCCO — the family earlier had heard rumors, which authorities knocked down, that the teen might have been found in a different part of the state.

“And I just shut myself totally down. I thought today was going to be the day, and then I find out two hours later that she’s found and I just cannot believe this,” Allard told WCCO reporter Mary McGuire.

“I can’t thank everybody enough for not giving up on Jayme,” Smith, the godmother, told WCCO.

“Jayme: Aunt Jen can’t wait to give you that big hug and hold you tight,” Smith said, “because we’re not going to let you go.”

Jayme was missing when police discovered her parents dead in their home near Barron on October 15.

The investigation began when someone called 911 early that morning. No one on the line talked to the dispatcher, but the dispatcher could hear yelling in the background, a log of the call shows.

Authorities traced the call to the Closs home. Sheriff’s deputies arrived to find the door kicked in, and eventually they found Jayme’s parents shot dead in the home.

No one else was there.

Investigators believe Jayme was at the home when her parents were killed, and that Patterson abducted her from there, Fitzgerald said.

Fitzgerald said he isn’t sure whether Patterson and the girl went anywhere else other than his home outside Gordon.

People joined search parties for months as investigators received thousands of tips. The FBI offered a cash reward for information on Jayme’s whereabouts, and hunters in the area were urged to be on the lookout for clues.

In December, the Barron County Clerk of Courts Office dedicated its Christmas tree to Jayme. The decorations spelled out her name in big, glittery letters, and they included green bulbs and ribbons. The color green is often used to raise awareness of missing children.

In the days after Jayme’s disappearance, law enforcement officials assured the public they believed she was alive and in danger.

Barron, a town of less than 3 square miles, has a population of about 3,300, according to US Census figures. It is about a one-hour, 50-minute drive from Minneapolis, and is about 50 minutes from Eau Claire, Wisconsin.