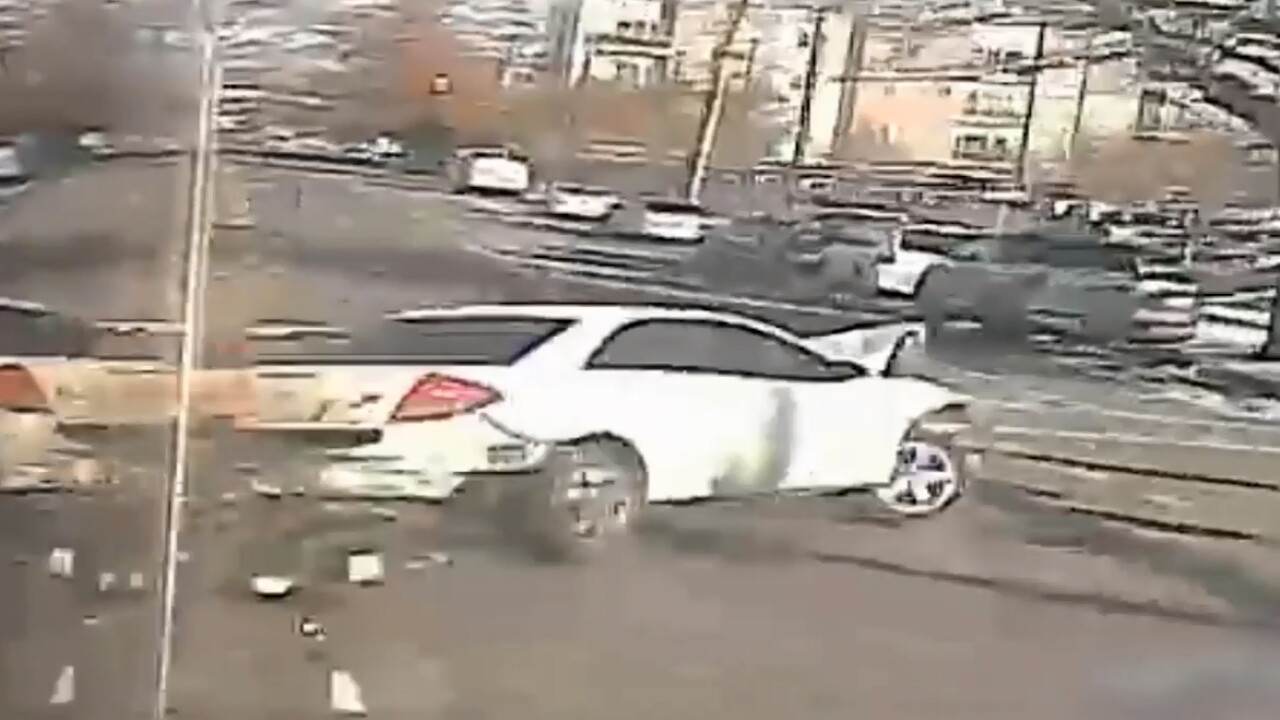 SALT LAKE CITY — The Utah Transit Authority has released footage of a January 2 incident in which a car struck the side of a light rail train in Salt Lake City.

A UTA spokesman said it happened on the TRAX Red Line, at the intersection of 800 S and 200 W. Use the video player above to watch raw footage of the incident.

Preliminary reports indicated the driver of the car that struck the train had run a red light, and all of the appropriate safety and warning signals were active at the time of the crash.

The driver and two passengers on the train suffered minor injuries, the UTA spokesman said. Both passengers declined to be treated at the scene.