Semitruck fire forces closure of southbound I-15 near Cove Fort 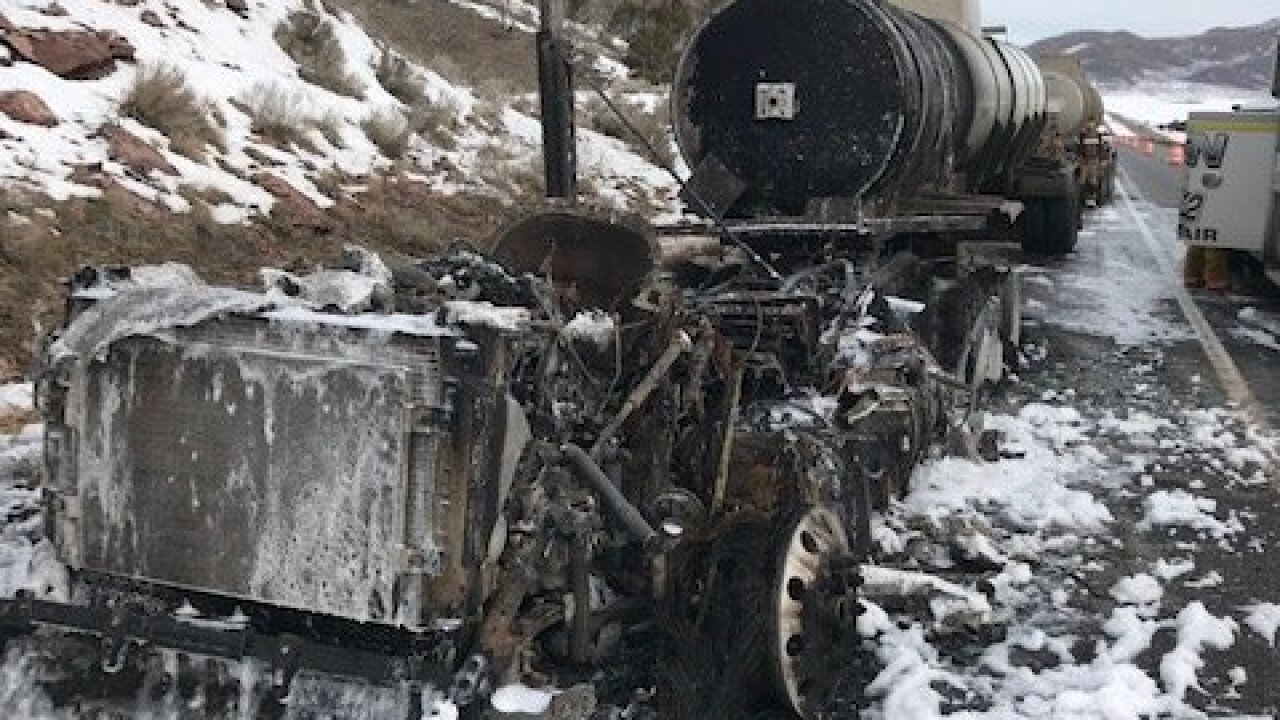 A news release from UHP said the second trailer was loaded with a noncombustible substance called Bisulfite, which would produce a toxic gas if involved in a fire. Crews were able to put out the fire before it reached the second trailer.

The driver was not injured.