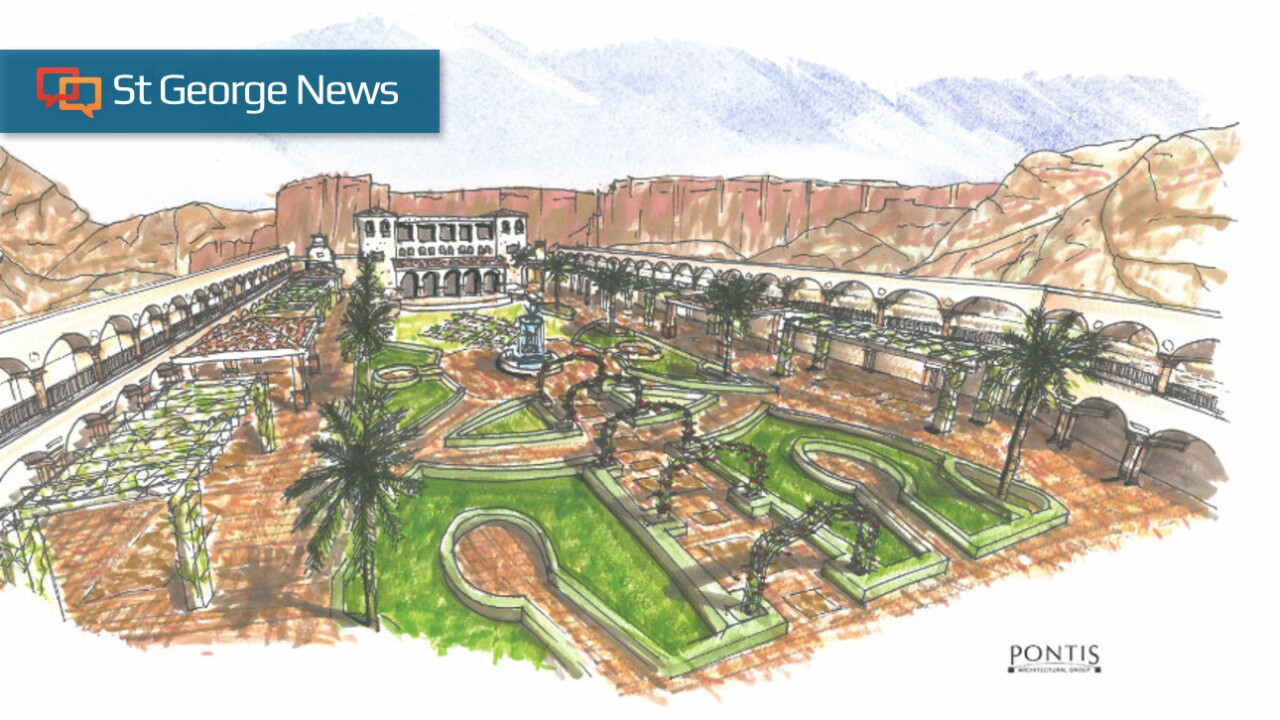 A rendering of the Old West town at the heart of the proposed Lost Trails at the Cove mixed-use development in Hurricane, Utah | Image courtesy of project manager Larry Juarez, St. George News

ST. GEORGE, Utah —  A Washington City developer who wants to build an Old West-style town as part of a mixed-use project in Hurricane that would also include hundreds of new homes said he is mindful of concerns over traffic, noise and light pollution, St. George News reports.

Jim Thomas, a Washington City resident for 11 years, is seeking a zoning change for the 340-acre parcel to accommodate his proposed “Lost Trails at the Cove.” The property is located north of 600 North, at approximately 2000 West.

The development would include an Old West town filled with shops and restaurants, a wedding chapel, Spanish gardens, equestrian center, an indoor dinner show with 1,200 seats, hotel, RV park and daily entertainment.

Thomas told St. George News it’s been a dream of his for 10 years, and he’s done a similar project in Jackson Hole, Wyoming.