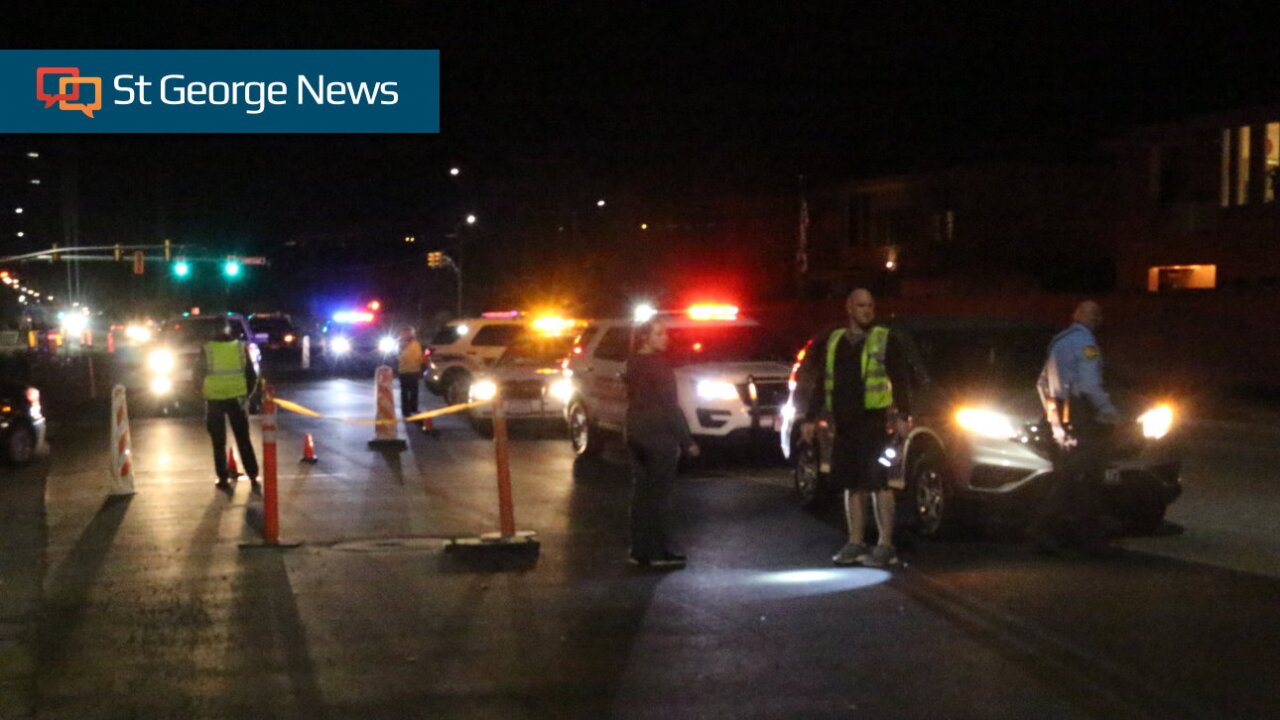 A boy was taken to the hospital after being hit by a car while running across Riverside Drive at 2670 East, St. George, Utah, Jan. 8, 2019 | Photo by Mori Kessler, St, George News

ST. GEORGE, Utah — A juvenile was taken to the hospital Tuesday night after being hit by a car while attempting to run across Riverside Drive.

Two of the boys made it across the roadway and another stopped in the middle lane when he saw he wouldn’t be able to get across due to oncoming traffic. However, the fourth boy kept running across the street and was struck by the car.

The car had been eastbound on Riverside Drive, and the driver didn’t notice the boys “til the last second” and hit the brakes, Deim said, adding that according to witnesses, the driver had tried to avoid the boys.