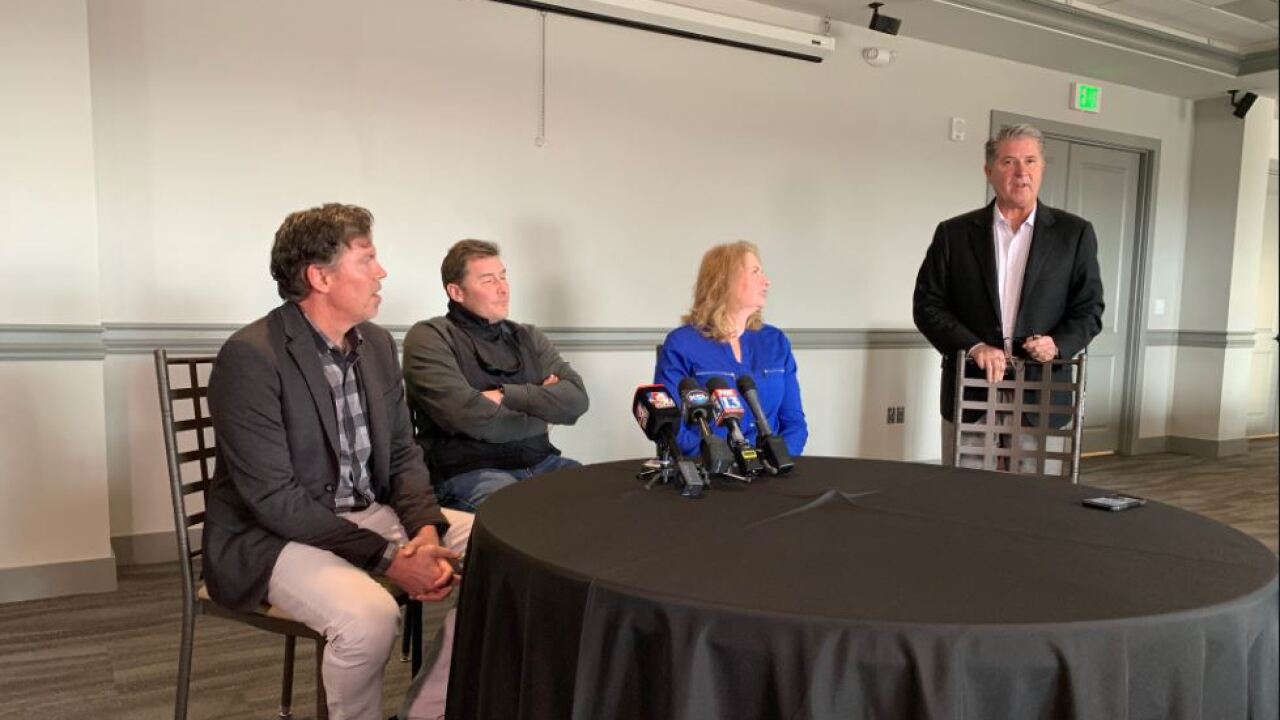 SALT LAKE CITY — The victims of an alleged Ponzi scheme at Rust Rare Coin are now suing Zions Bank, alleging an employee facilitated and perpetuated the fraud and that the bank was negligent in their handling of the account in question.

Several plaintiffs, including Travis and Nicole Gregory and Patrick Springer, filed the lawsuit Tuesday, alleging the bank should have exercised more diligence in regard to the account and that at least one employee knew about the fraud and worked to mislead investors.

“If someone would've done their job, maybe I wouldn't have lost my money,” said Travis Gregory.

Authorities stated in November that Rust Rare Coin is believed to have bilked investors for about $170 million over the course of several years. The scam involved a “Silver Pool” and promises to investors that they were buying into a stockpile of precious metals when prices were low, and profiting when metal was sold at higher prices.

“It's devastated us. It was life savings, right? I'll just say in the hundreds of thousands,” said Springer.

That stockpile never existed, according to authorities, and Gaylen Rust lied to investors about their potential returns.

“He had a whole story. He had a story for everything,” said Travis Gregory.

“It was really viable and he had a lot of experience,” Nicole Gregory, one plaintiff in the lawsuit, said. “Over time it was just so real. If you did have a concern, there was answers for them.”

“Ponzi schemes are a business of trust and so they trusted this individual,” says attorney, Alan Rosca.

“It’s not only trust, it's the fact that it's performing so well that you become very comfortable,” said Nicole Gregory.

The lawsuit claims Zions Bancorporation should have been aware that Gaylen Rust was operating an investment account using their institution and exercised more scrutiny regarding the transactions involving that account. The bank should have also registered themselves and the Silver Pool with the Utah Division of Securities, the SEC or the CFTC, the lawsuit states.

“The bank was aware that money that was being deposited into the account was not being used for silver trading and instead was used for Ponzi payments,” said Rosca.

The lawsuit further alleges that at least one employee, “Individual 1” knew the account was fraudulent yet continued to approve transactions and loans for the Rust family.

The lawsuit alleges the entire Ponzi scheme was perpetrated through a single account with Zions Bank and that the account saw a “massive amount of insufficient fund events.” The lawsuit also alleges the bank was aware investor funds were being co-mingled in one account rather than being held in separate accounts.

The lawsuit seeks to be designated as a class action lawsuit and for an award of damages on each claim in an amount to be determined at trial.

"As a general practice, we do not comment on pending litigation. We became aware of this complaint earlier today and are in the process of reviewing the allegations. After completing our review we may have further comment, although our comments may be limited due to the ongoing nature of the litigation.

"Subsequent to litigation filed against Mr. Rust and Rust Rare Coin in November, we have been actively reviewing all our interactions with Rust Rare Coin and have been cooperating with the receiver and authorities."