Ruth Bader Ginsburg not on bench for Supreme Court’s first day of arguments in 2019, court says 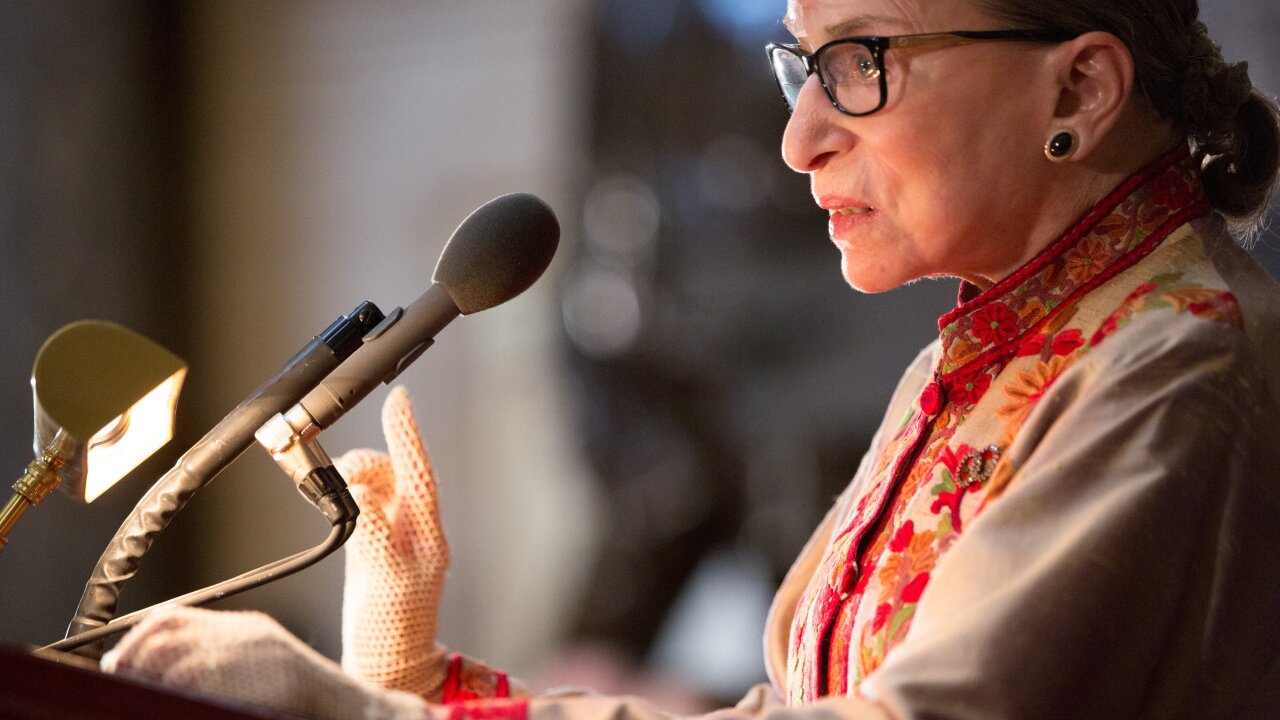 Justice Ruth Bader Ginsburg will not be at the Supreme Court Monday morning as it meets for its first day of oral arguments in the new year.

Justice Ruth Bader Ginsburg will not be at the Supreme Court Monday morning as it meets for its first day of oral arguments in the new year.

The court’s public information officer said Ginsburg, who is still recovering from surgery last month to remove two cancerous nodules from her lung, would still be able to vote on the cases by reviewing the transcripts of oral arguments.

Ginsburg, 85, has survived other bouts of cancer which never caused her to miss oral arguments.

Ginsburg was released from the hospital about two weeks ago, according to the court, following the surgery earlier last month.

The court said there was no evidence of any remaining disease following the surgery. The nodules themselves were discovered incidentally following tests after a fall she sustained in November. The key liberal justice returned to the court shortly after the fall that fractured three of her ribs last November.

Ginsburg has said that she will continue to serve on the Supreme Court as long as she is able to do the job. In 1999, Ginsburg underwent surgery for colorectal cancer, and 10 years later she was treated for early stages of pancreatic cancer.

“I said I will do this job as long as I can do it full steam,” Ginsburg said last month during an interview following a New York City screening of “On the Basis of Sex,” a feature film about her years as a young lawyer.

A year ago, the news broke that Ginsburg hired law clerks for at least two court terms, signaling she intends to stay through 2020.

Dubbed the “Notorious RBG,” Ginsburg marked 25 years on bench last year since her appointment to the court in 1993.

She has become best known for her opinions related to civil rights issues, including the landmark case opening up the Virginia Military Institute to women. Her dissents in recent years have continued to energize Democrats at a time when Republicans control the executive branch of government and the Supreme Court moves rightward.

The “Notorious RBG” meme, a play on the late rapper Notorious B.I.G., was created as a response to a 2013 dissent Ginsburg wrote when the court majority issued a milestone decision rolling back voting-rights protections.