Lots of theories, but still no official word about what caused mysterious ‘boom’ felt and heard across northern Utah 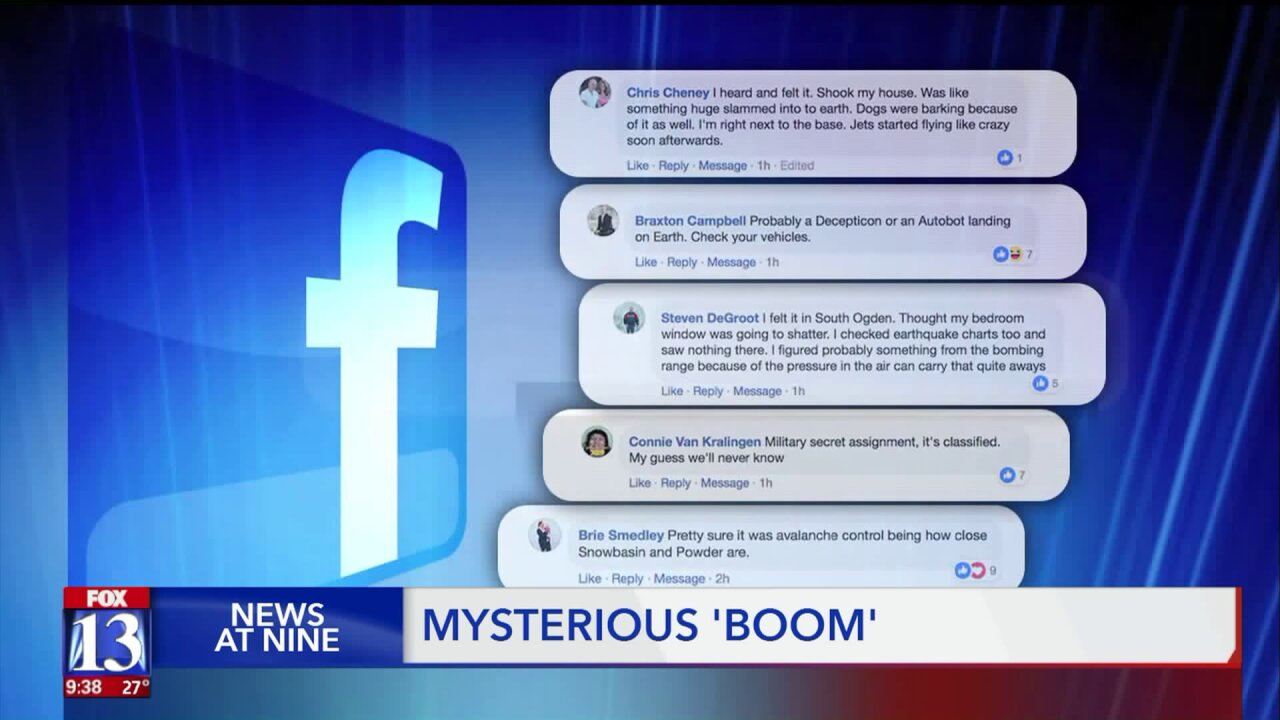 The boom happened around 11 a.m. and was especially felt in Ogden and surrounding cities.

Calls and emails flowed into the Fox 13 newsroom asking what caused the boom.

Most felt it was a sonic boom caused by jets or other aircraft at Hill Air Force Base.

We checked with Hill though, and they say it wasn't them.

One resident in South Ogden says he heard and felt two separate sonic booms, but that they were different than the ones caused by jets at HAFB.

"It was like those jets except more intense," Jeff Parker said. ”It was like a cross between a sonic boom and an earthquake tremor."

According to the University of Utah Seismograph Station and maps from the USGS, there hasn't been any recent seismic activity in that area.

"I've never seen an alien," Parker said. "Could I rule them out? I don't rule anything out."