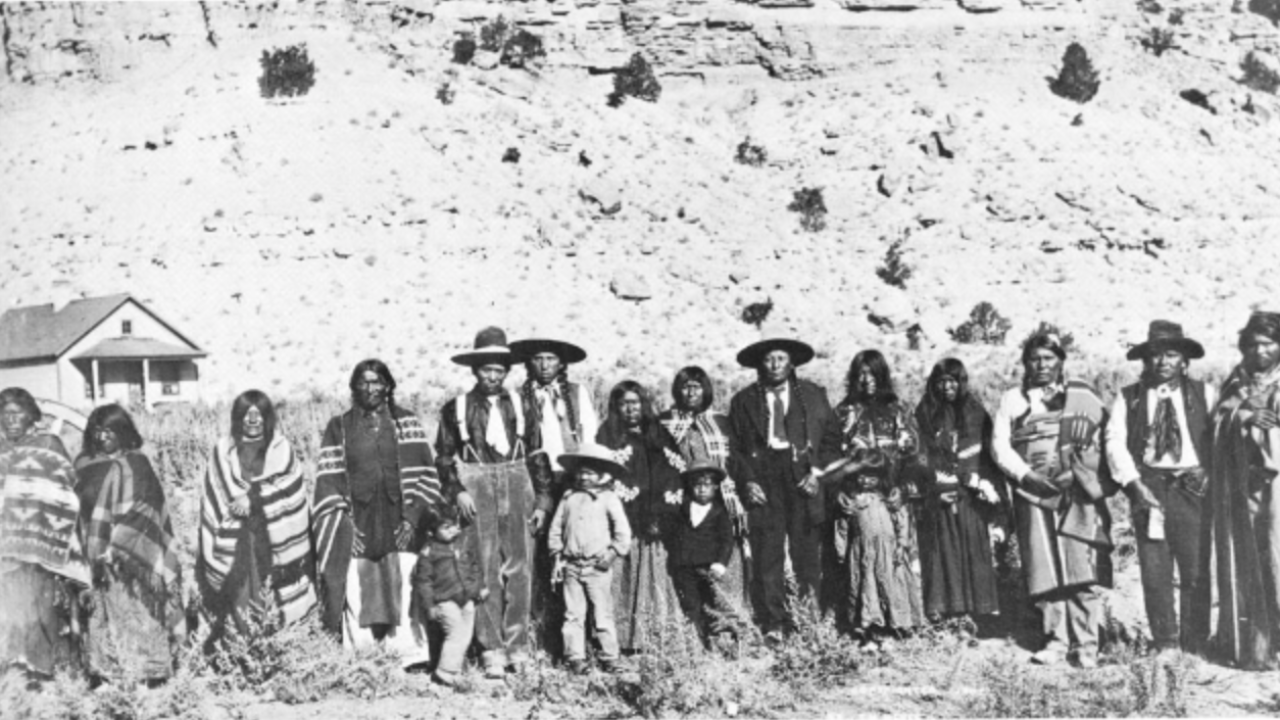 Chipeta and her family, 1907 Chipeta is standing right of center with her hands on the shoulders of a young girl. Her brother McCook stands at her left. The group is in Dragon, Utah, a gilsonite mining town established on the Uncompahgre reservation in 1888. The Uintah Railway established a station there in 1904. (Photograph by F.C. McKee,from Leo C. Thome Collection, Vernal, Utah via Utah State History Archives)

In a court filing on Friday, a federal judge agreed to halt the Ute Tribe’s lawsuit against the U.S. Department of Interior. Government attorneys said funding for their jobs had lapsed.

“Absent an appropriation, Department of Justice attorneys and employees, as well as employees of numerous other federal agencies, are prohibited from working, even on a voluntary basis, except in very limited circumstances, including ’emergencies involving the safety of human life or the protection of property,'” a court filing states.

The lawsuit accuses the government of basically stealing millions of acres of land in eastern Utah known as “the Uncompahgre.” The Ute tribe alleges in its lawsuit that in the late 1800s, the Uncompahgre band of the Utes were ousted from their lands in eastern Utah and portions of Colorado. However, they claim they were never compensated for the land as promised in mineral, water and grazing rights. The Utes want the land back and roughly a billion dollars in reparations.

The U.S. Department of Interior claims the tribe waived its rights to the land and everything on it under a $125 million settlement agreement in 2012 in another piece of litigation.

The lawsuit has Utah political leaders nervous, with so much land stretching across Duchesne, Uintah and Grand counties at stake. There is also natural resources and state trust lands inside the Uncompahgre.

Utah Attorney General Sean Reyes has for months now deliberated intervening in the lawsuit, angering the tribe. Governor Gary Herbert has hoped for a quick resolution.

When government funding is appropriated, the case will resume. Until then, deadlines were delayed.

“Although we greatly regret any disruption caused to the Court and the other litigants, the Government hereby moves for a stay of this case until Department of Justice attorneys are permitted to resume their usual civil litigation functions,” the motion stated.

The Ute Tribe indicated to the court it did not object to the delay.