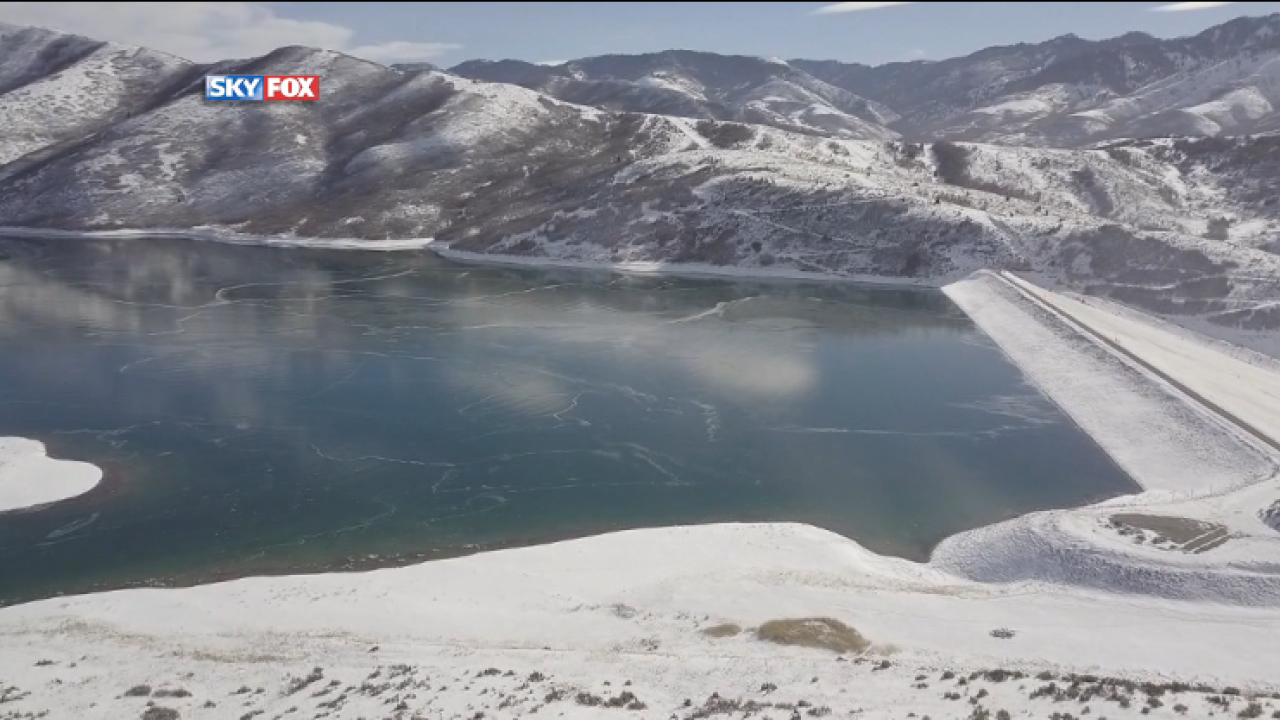 OGDEN, Utah -- Ron Gibson looks out over the farmland his family has been working for 150 years now.

Water is its lifeblood.

"There’s nothing grown without water," he said in an interview with FOX 13 on Friday. "Doesn’t matter how much dirt you have if you don’t have water to go with it, you’re in trouble."

Water issues are becoming increasingly more critical in Utah, where the state is seeing unprecedented growth. As a result, bills are being filed in the Utah State Legislature dealing with conservation and control of the precious resource.

Sen. Jani Iwamoto, D-Salt Lake City, is proposing to allow "water banking." Right now, farmers and ranchers with water rights must "use it or lose it," wasting a lot of water for crops that don't necessarily need so much, she said.

The concept of a "water bank" would allow that water to be temporarily transferred to someone else.

"They can put it into the bank, they get paid for it and someone can use it, beneficial use for them," she said.

Gibson, who is also the president of the Utah Farm Bureau, said 80 percent of the water in Utah is controlled by agricultural producers. He said while the Utah Farm Bureau is supportive of the concept, there are some concerns about how it would ultimately work. He wanted to ensure that farmers did not give up their water rights just because one year is more lean than another.

"We’re going to be watching this water banking bill really close. It’s really important to us the beneficial use stays with the owner of the water," Gibson said.

Sen. Iwamoto insisted it would be good for farmers and consumers. What she's proposing is a resolution outlining the concept with a bill set for 2020 with a more concrete mechanism.

"We’re the second driest state in the nation and we talk about drought," she said.

A proposed constitutional amendment and a companion bill deal with control of Utah's water supply and accountability for it. Rep. Keven Stratton, R-Orem, and Rep. Kim Coleman, R-West Jordan, have bills dealing with municipalities and their control over water. It's been the subject of long-running negotiations involving lawmakers and cities -- including one of the largest water holders in the state, Salt Lake City.

The largest shareholder is Salt Lake City, with more than 50 percent. The city owns watershed land outside its boundaries and sells water to other communities.

"This bill would end that debate and say yes the municipality can do that, but if they do that, there’s a series of protections that you must provide to your consumers of that water," Rep. Coleman told FOX 13.

Rep. Coleman said her bill would also carve more strict requirements of how that water is used.

"If you do that, we want some strong reporting on that and we want users to have some reliance in their water sources that they know they’re going to turn the faucet and the water’s going to flow," she said.

In a statement to FOX 13, Salt Lake City Mayor Jackie Biskupski's office acknowledged the negotiations with lawmakers and was supportive of what was written so far.

If it passes the legislature with two-thirds of the vote, a proposed constitutional amendment would be before voters in November.