Is Donny Osmond the Peacock on Fox’s ‘The Masked Singer?’ 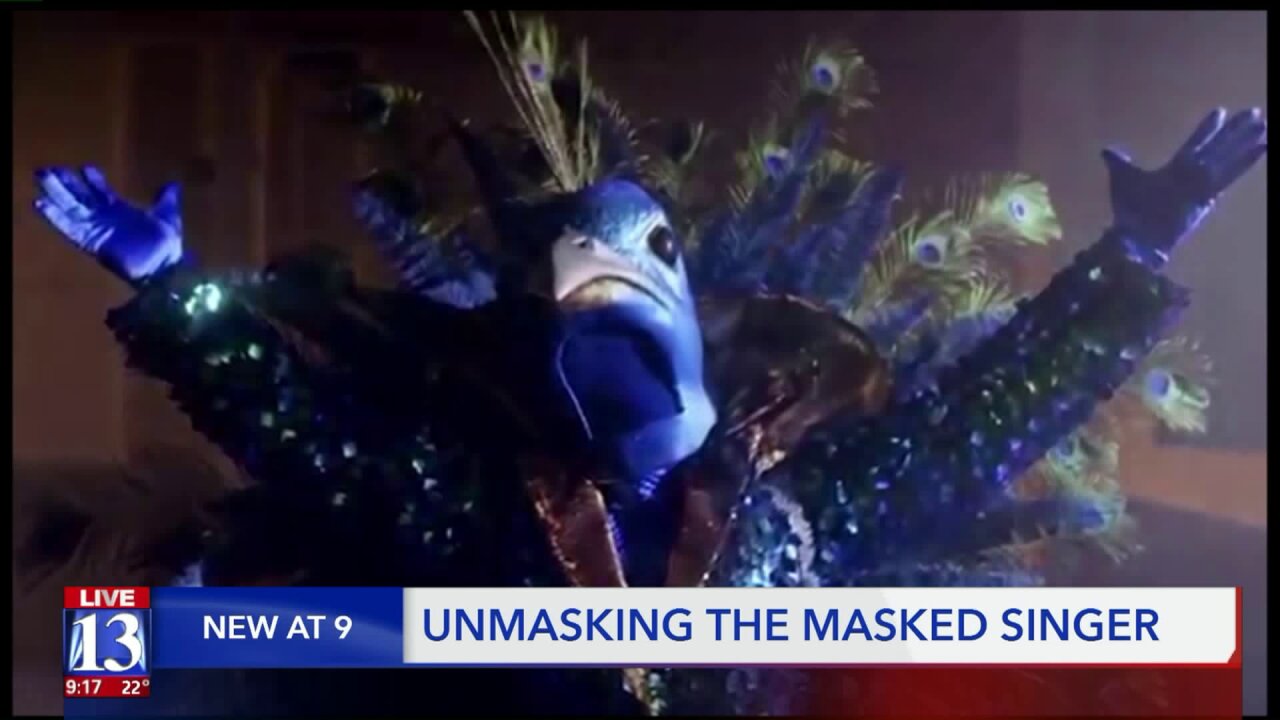 SALT LAKE CITY, Utah – Could the Peacock on Fox’s The Masked Singer be one of Utah’s own? Some Utahns believe it’s Donny Osmond, so we’re doing a little bit of our own research to try and unmask the Peacock.

You may have heard of Fox’s The Masked Singer, it’s a new show that has taken the prime-time TV world by storm.

The show features 12 characters (deer, lion, monster, peacock, unicorn, alien, bee, pineapple, poodle, rabbit, raven and hippo) who compete in weekly performances. Behind each costume is a celebrity who is only revealed once they have been eliminated.

But now an overwhelming amount of Utahns believe they have one of the celebrities nailed down, the Peacock.

“Trust and believe, that’s Donny Osmond,” said one man in downtown Salt Lake who chose to disguise himself behind the show’s Hippo mask.

Fox 13 took to the streets in downtown Salt Lake City (with masks from the show in tow) to see if people could identify the singer after watching a clip of the Peacock’s first performance.

“Alright what do you think?” reporter Elle Thomas asked the Hippo. “Trust and believe, that’s Donny Osmond,” he said again.

“Seasoned voice, real entertainer, he’s got the moves like Jagger,” the Hippo continued.

“I’ve listened to him enough throughout my life, it sounds like it’s Donny Osmond,” said the woman wearing the Poodle mask.

“The first two notes … I mean, I got it from that,” and she wasn’t kidding, she guessed Donny Osmond about two seconds into the clip we showed her.

Of course, not everyone was sold.

“The tone in his voice is a little low,” said a man who chose to wear the Monster mask. “That’s not him.”

But could Donny Osmond fit the feathers? Based on the clues each character gives prior to their performance, he just might.

“I first got on stage at five years old,” the Peacock said in a disguised voice to start off his “clues.”

Rewind to 1963 and you can see Osmond on The Andy William’s Show at the ripe old age of, you guessed it, five.

“What’s your name?” Andy Williams can be seen asking in an old clip from his show. “Donny,” a young Osmond answered. “How old are you?” Williams asked. “Five,” Donny grinned.

The Peacock’s clues continue, “Putting on a show is in my DNA.”

The Peacock can then be seen in a series of clips playing the piano and shuffling playing cards, “It’s giving me Vegas Vibes,” one of the judges commented.

Could these “Vegas vibes” be referring to Donny and Marie Osmond’s show at the Flamingo in Las Vegas? We’ll let you decide.

The clues continue. “It’s probably been a while since your mom had a poster of me on her bedroom wall,” said the Peacock.

Let’s just say Donny (or the “heart throb” as the Poodle called him), has been around for a while.

Donny Osmond can be seen in a clip from a concert in the 70s singing “Go Away Little Girl,” followed by a roar of female screams.

The cherry on top? The Peacock ending out the clues petting a puppy, a possible nod to Osmond’s popular song “Puppy Love.”

So, is this puppy love a coincidence? Or is it Donny Osmond? No one will know for sure until the Peacock is eliminated and thus reveals himself for all to see.

Want to see the Peacock's performance for yourself? Click here.