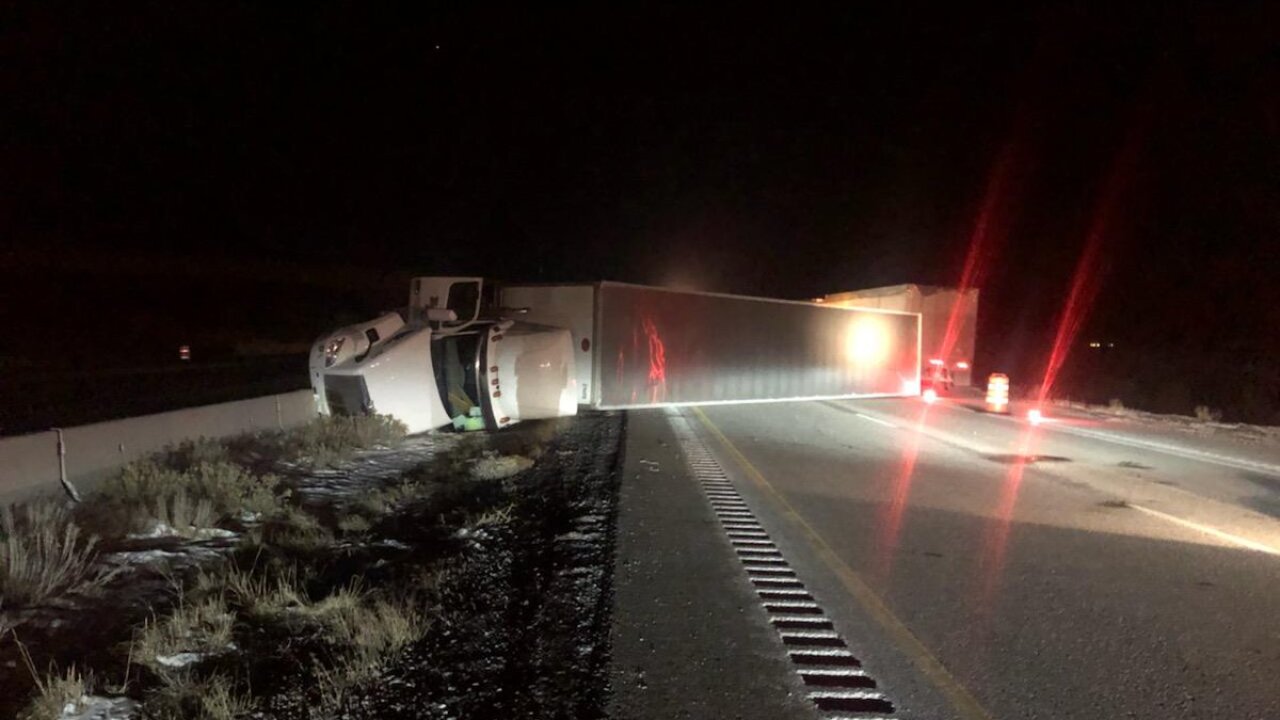 UPDATE: Later Thursday morning the scene was cleared and traffic is moving normally in the area again.

Westbound lanes of I-80 are blocked after a semi crashed and landed on its side near the SR-202 junction.

Utah Highway Patrol states the driver suffered only minor injuries in the crash, which occurred near mile marker 102 on I-80.

Westbound lanes are closed near the junction with SR-202, and drivers should use SR-201 an alternate route.

The crash is near the border between Salt Lake and Tooele counties.

No other vehicles were involved, and it was not immediately clear what caused the driver to crash.

UHP first tweeted about the crash around 3:30 a.m., and as of about 6 a.m. the lanes remain closed.