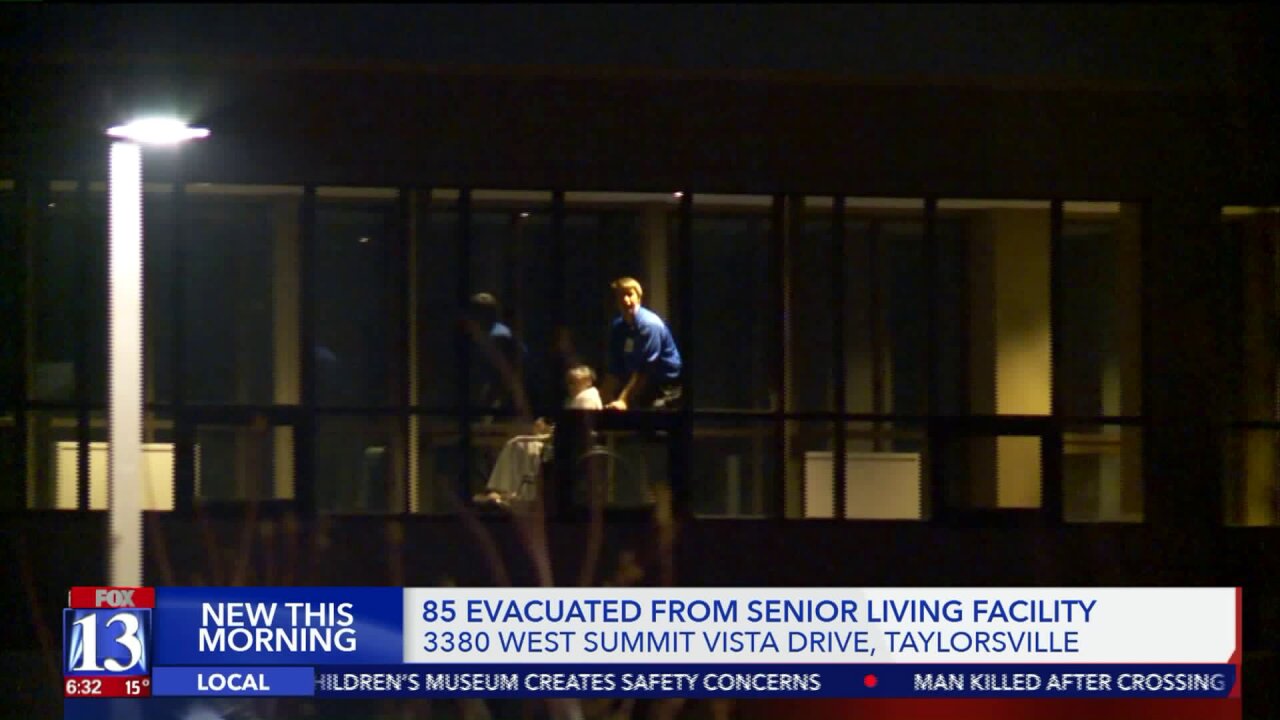 SALT LAKE COUNTY -- About 85 residents were evacuated after a burst pipe flooded the fifth floor of a facility for independent seniors.

Matthew McFarland of the Unified Fire Authority said the incident occurred at Summit Vista, near 3390 West and 6200 South, around 11:30 p.m.

Units responding to an alarm found water flowing from a burst pipe on the fifth story of the newly constructed building—an independent living facility for senior citizens.

"At this point in time, I'm told there's roughly one to two inches covering the entire fifth floor of the building and slowly making its way down through the four floors underneath it," McFarland said.

About 85 residents living in the building were displaced. McFarland said the residents were able to cross from the affected building to another structure connected by a skywalk.

"Luckily, it’s a large facility," McFarland said. "They have a warm lobby area. Everybody was able to get into that lobby without going outside at all."

Crews shut down power as a precaution and a disaster cleanup company will be brought in to assess the damage.

Most residents were able to go back to their units several hours after the evacuation. Several who spent the night at a nearby hotel are expected to be allowed home later Thursday.

Police and firefighters from several agencies responded to help coordinate the evacuation of the residents. No injuries have been reported.

McFarland said the residents are seniors but live independently and do not require constant medical supervision.

Investigators believe a sprinkler pipe burst due to the cold temperatures.