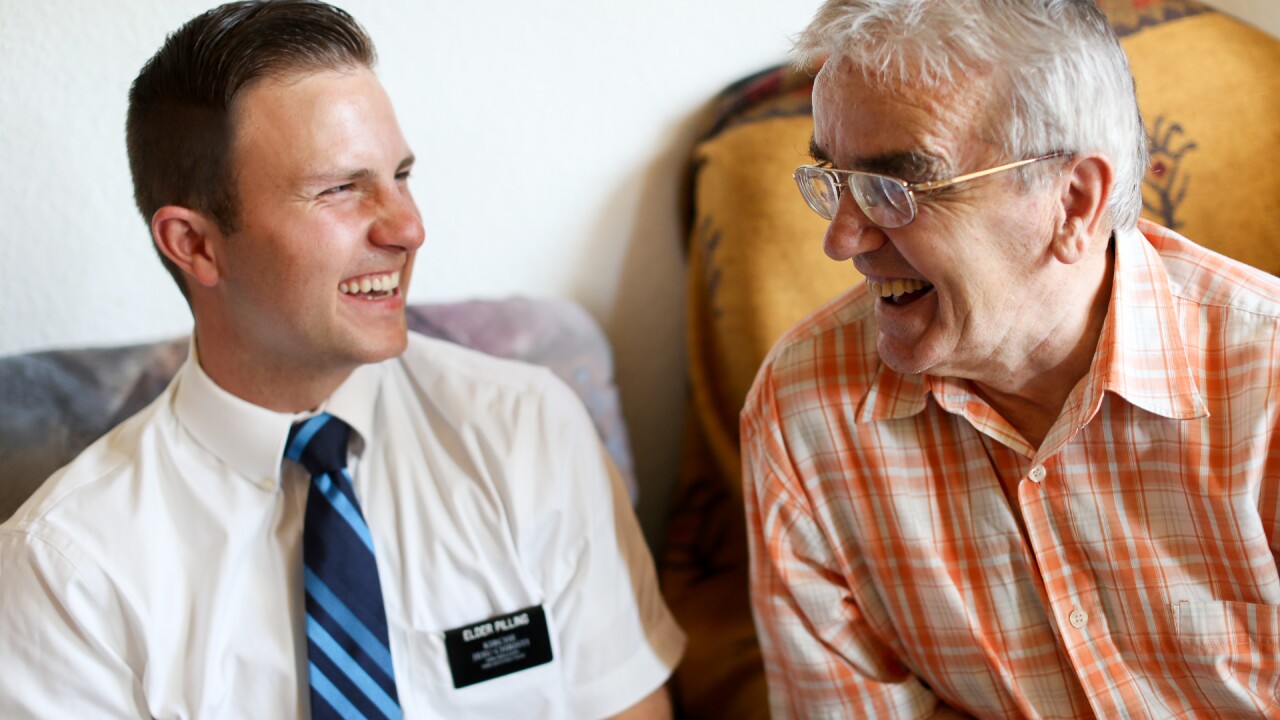 A Latter-day Saint missionary shares a light moment with a man in Germany during a visit. © 2016 Intellectual Reserve, Inc. All rights reserved

SALT LAKE CITY — The Church of Jesus Christ of Latter-day Saints has announced the locations for four new international mission zones and changes to the boundaries of 12 other mission zones.

The new missions will open in July in the following areas:

The church will realign boundaries and merge them with adjoining missions for the following areas:

“Changes to mission boundaries occur regularly based on the needs and demands of each area around the world. This is particularly the case as the number of missionaries has leveled off after the change in ages for missionary service took effect in 2012. The number of missionaries initially surged to over 88,000 before receding to 65,000 missionaries today, as expected,” a statement from the LDS church said.