Warren says she will donate her congressional salary during shutdown 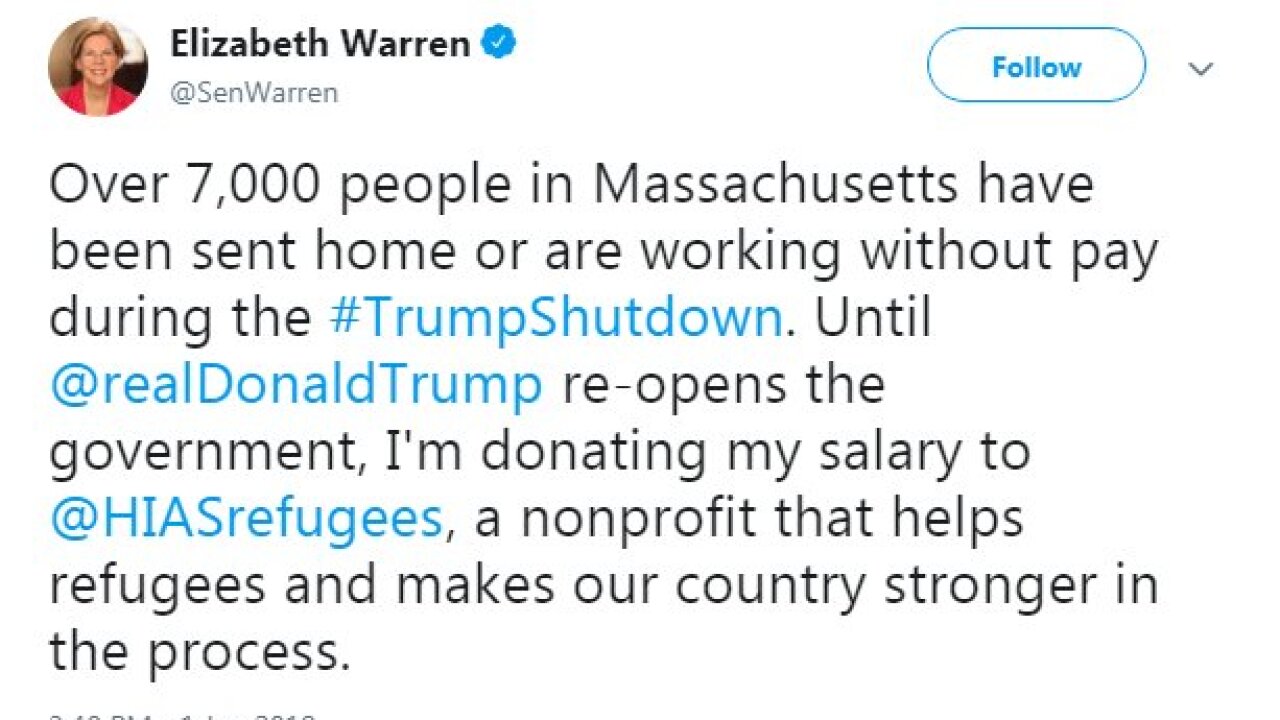 Sen. Elizabeth Warren said Tuesday that she will donate her congressional salary to a nonprofit until the partial government shutdown ends.

(CNN) — Sen. Elizabeth Warren said Tuesday that she will donate her congressional salary to a nonprofit until the partial government shutdown ends.

“Over 7,000 people in Massachusetts have been sent home or are working without pay during the #TrumpShutdown,” the Massachusetts Democrat wrote in a tweet. “Until @realDonaldTrump re-opens the government, I’m donating my salary to @HIASrefugees, a nonprofit that helps refugees and makes our country stronger in the process.”

Warren’s pledge came a day after she announced she was forming an exploratory committee for a 2020 presidential bid. This weekend, she plans to visit Iowa, her first trip to the state that begins the presidential nominating process.

The shutdown, which is in its second week, is due in large part to a disagreement over how much federal funding should be allocated to President Donald Trump’s promised border wall. The stalemate has put 380,000 federal employees on furlough, while another 420,000 are working without pay.

Warren’s announcement came after several other congressional Democrats had announced they would donate their salaries during the shutdown.

Minutes after the shutdown began in the early hours of December 22, Sen. Catherine Cortez Masto of Nevada said in a tweet that she would donate her salary to charities in her state “for every day of the Trump shutdown.”

A few hours later, Rep.-elect Alexandria Ocasio-Cortez of New York suggested in a tweet that the next “time we have a gov shutdown, Congressional salaries should be furloughed as well.”

Last week, Sen. Mazie Hirono of Hawaii said in a statement that she would donate her income to food banks across her state for as long as the shutdown lasted.