One dead, two critically injured in crash on Hwy. 89 near Panguitch 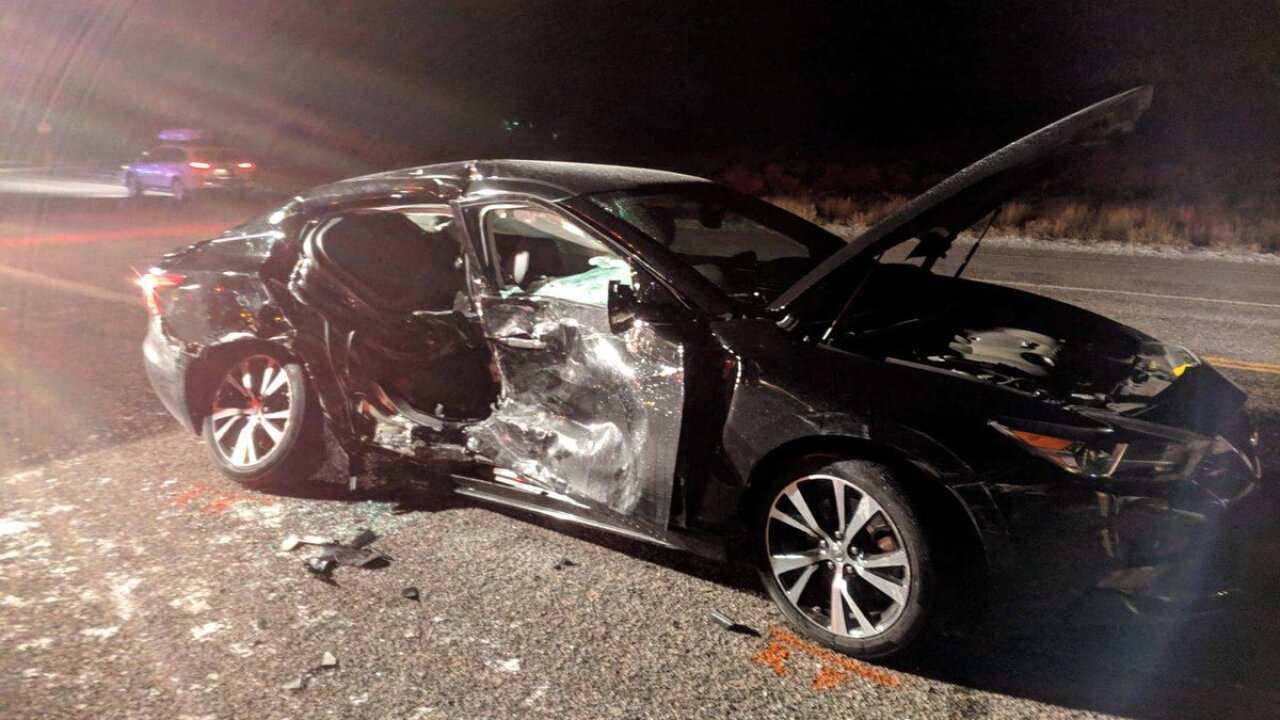 PANGUITCH, Utah — A woman died and two other people suffered critical injuries Wednesday evening in a two-vehicle crash on Hwy. 89 south of Panguitch.

According to the Utah Highway Patrol, the crash occurred around 6: 15 p.m. near mile marker 114.

A black Nissan Altima was in the process of making a U-turn when it was struck on the passenger side by a white Nissan Pathfinder that was traveling south.

A statement from UHP said 72-year-old Tong Xian He of Jin Zhong, China was killed in the crash. She had been a passenger in the rear of the Altima.

Two other occupants of the Altima were taken by helicopter from Garfield Memorial Hospital to Dixie Regional Medical Center in critical condition.