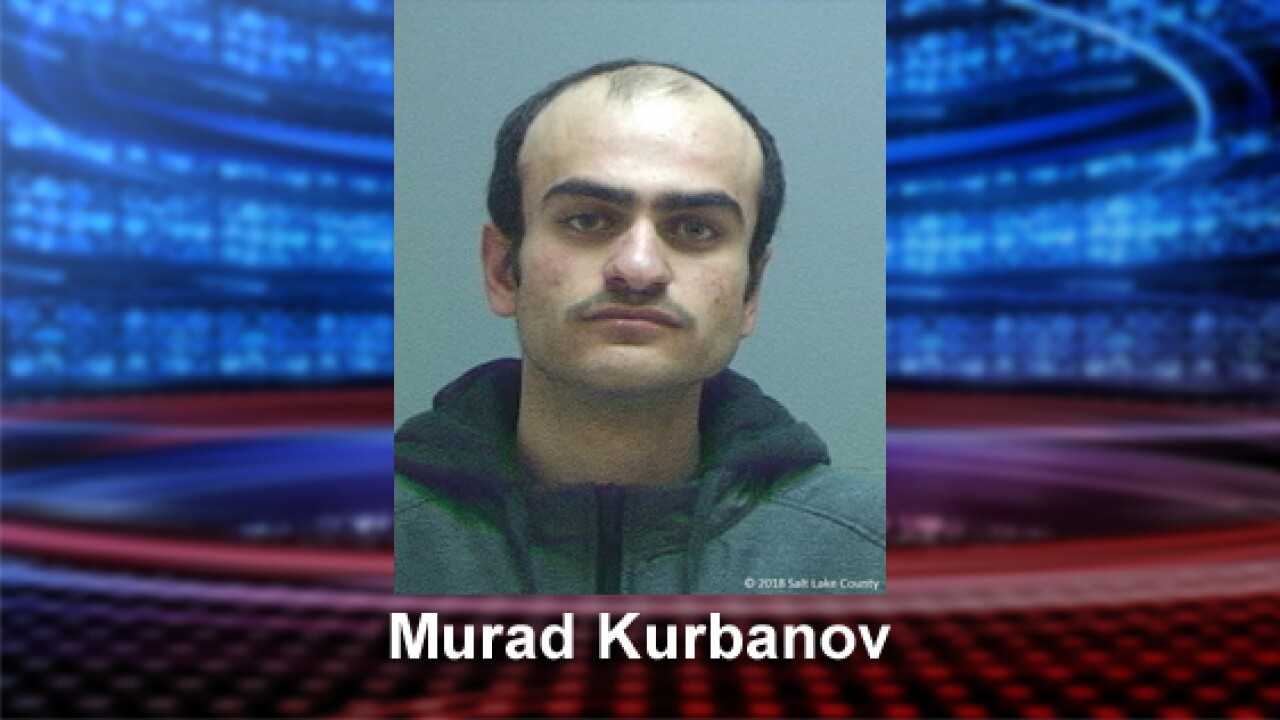 MURRAY, Utah — Police have identified a 19-year-old male arrested Tuesday in connection with a stolen U-Haul.

Murad Mansurovich Kurbanov is charged with theft of a rental vehicle, failure to stop at the command of police and reckless driving.

On Tuesday, an officer observed a 2018 Ford U-Haul van run multiple red lights and illegally pass multiple vehicles in the area between 4700 S 700 East and 5600 S 900 East in Murray.

According to a probable cause statement, the officer attempted to stop the driver, Kurbanov, at 4300 S 900 East, but Kurbanov failed to stop.

The probable cause statement said an eyewitness called in a tip that led police to Kurbanov’s location near 153 E 4370 South, where the eyewitness said Kurbanov had left the vehicle and run into an apartment complex.

The officer found Kurbanov sitting on a set of stairs inside the apartment complex. According to the probable cause statement, Kurbanov told the officer he was there to visit a friend.

The officer walked Kurbanov to apartment 13, where Kurbanov said his friend lived. The probable cause statement said Kurbanov then told the officer the friend actually lived in apartment 9.

Kurbanov knocked on the door of apartment 9 and nobody answered. According to the probable cause statement, Kurbanov was unable to provide another way to contact the “friend” he was visiting.

The U-Haul van Kurbanov was driving was supposed to be returned on December 14 and was considered stolen by state law. Kurbanov is now in Salt Lake County Jail.