How first responders make working on Christmas merry and bright 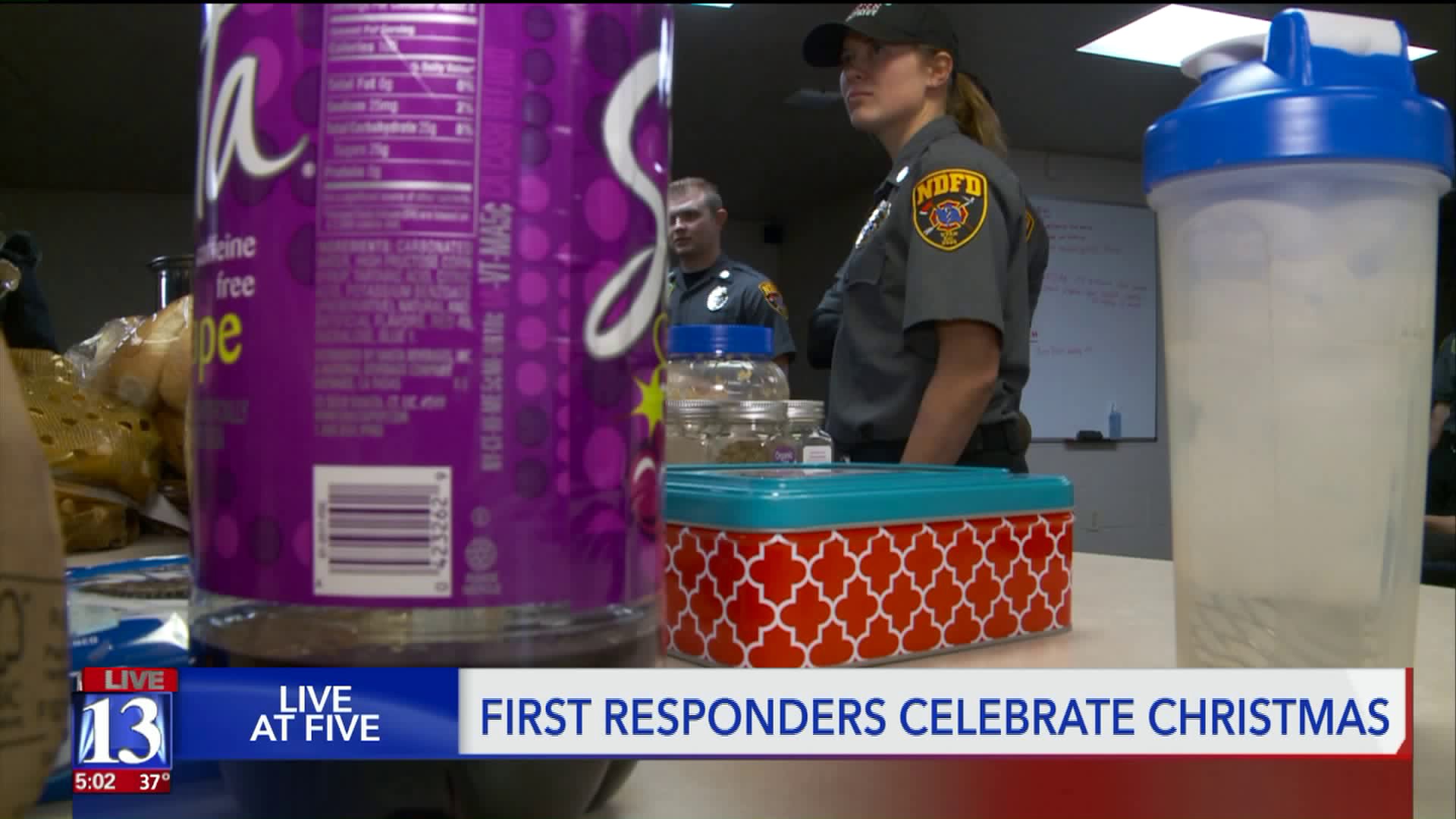 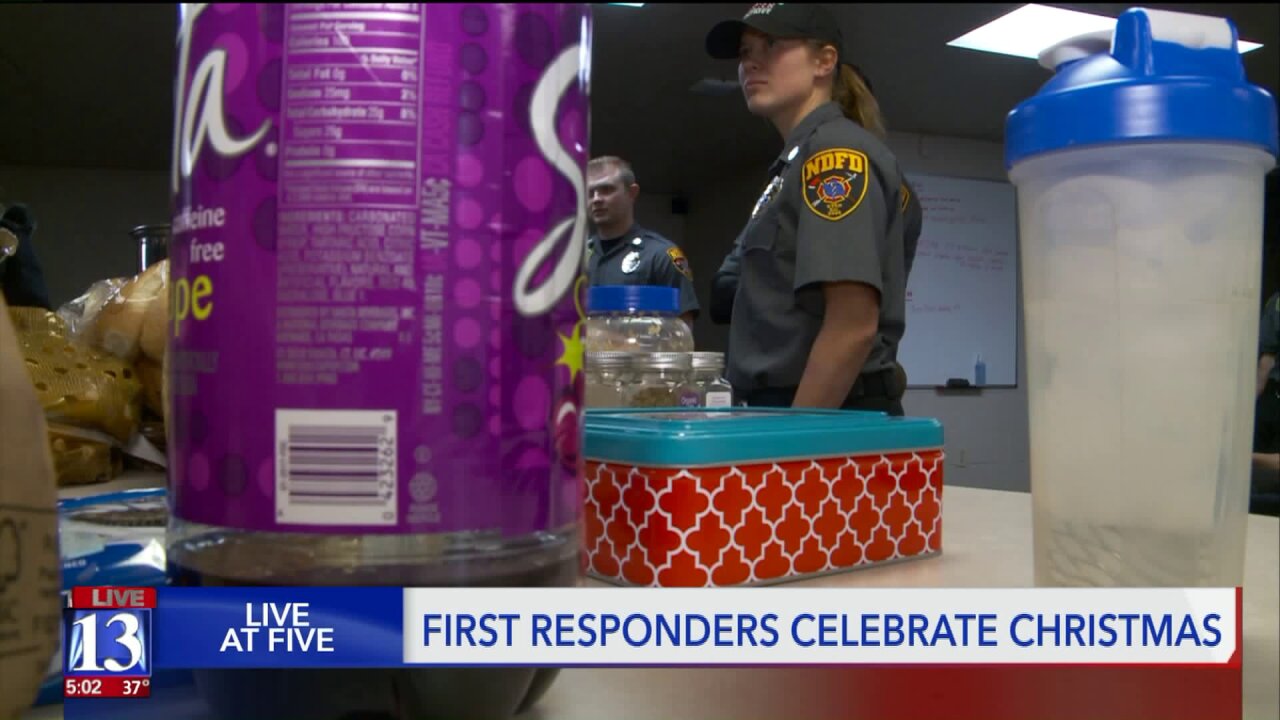 CLEARFIELD, Utah — While many Utahns are enjoying a relaxing day with family and friends, some have to be prepared for whenever duty calls.

They may not be having a traditional Christmas dinner, but first responders in Davis County say they are making the best of spending the holiday on the clock. For some, it's a routine they've grown accustomed to.

"This is like, my tenth Christmas in a row working, so it’s not a big deal," said Tim Robinson, K-9 handler at Davis County Sheriff's Department.

For others, it's a new experience.

Some crew members and their families made a holiday change of plans.

"We woke up at 5:00 and opened up all the presents before I came to work," said Shay McGuire, firefighter and EMT at North Davis County Fire Department.

Other crew members were just as happy spending time with their second family.

"I spend a third of my time with my crew, and we all get along really well together," Call said. "We poke fun of each other just like brothers and sisters would."

Even K-9s like Chopper from the Davis County Sheriff's Department are clocked in this Christmas, ready to protect and serve, and first responders say it doesn’t bother them knowing they’re out there making a difference.

"Everybody that works on holidays, it’s not awesome. It’s not fun. It’s not the biggest treat of their life, but we’re here," Burningham said. "We get to make a difference, and we’re all here for each other."

Firefighters say members of the community have stopped by with tasty tokens of their appreciation. One family delivered a batch of cookies, after a crew transported their injured 3-year-old daughter to the hospital several months ago.

"It’s nice to be able to see that everything worked out well," said Call. "And she’s back to normal, and she’s jumping around and being a regular kid."

Some firefighters got comfy for their 24 hour on-call shift with football and card games, while other responders anticipated an evening off with nieces and nephews.

"And are they waiting for you to get off," asked FOX 13's Amanda Gerry.

"Yes they are," Burningham laughed.