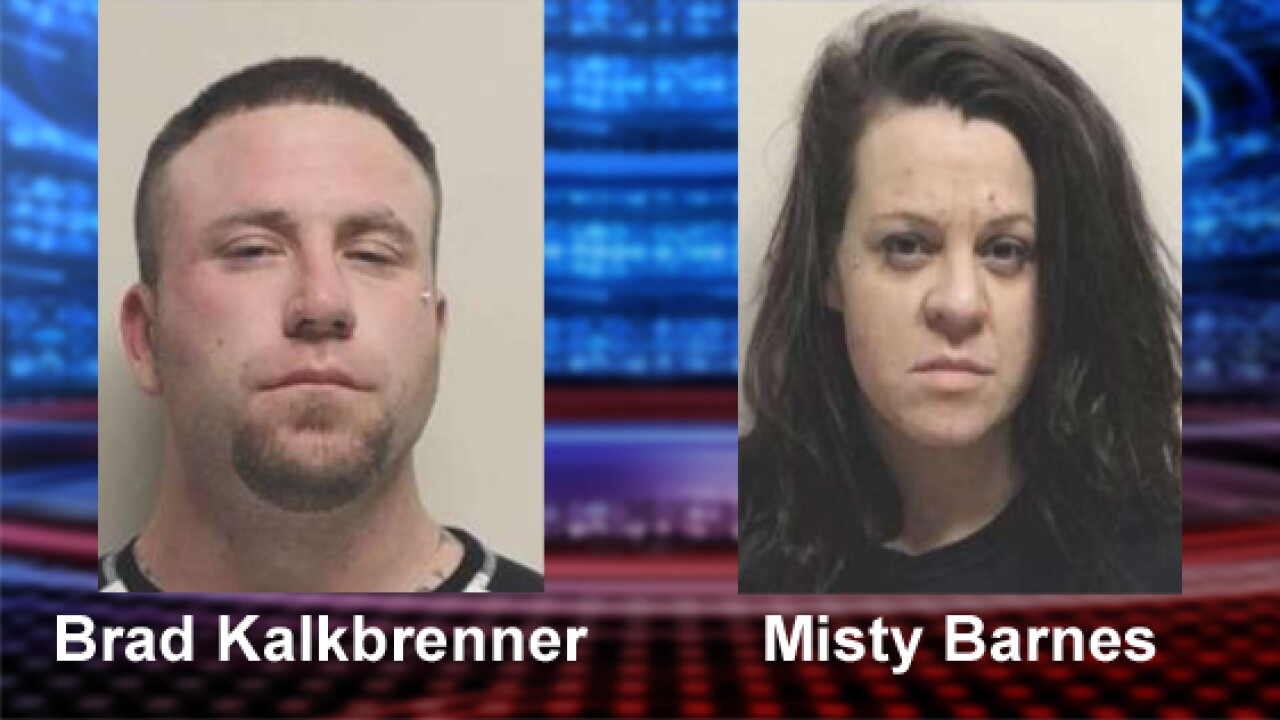 EAGLE MOUNTAIN, Utah -- Police have two people in custody in connection with the car burglaries and a high-speed chase that occurred in Eagle Mountain on Sunday.

Sgt. Dan Thomas, with the Utah County Sheriff’s Office said investigators received a lot of calls from the public on who the suspects were. As a result, deputies were able to link the suspects to a residence in Eagle Mountain.

“Deputies sat in the area and they observe observed the suspect driving into the area. They began to follow him to certain spot and they tried to initiate a traffic stop,” Thomas said.

A search warrant was obtained for the home, the press release said, and was served Sunday night. During the search of the home, officials stated that one of the suspects, identified as Brad Kalkbrenner, 34, drove by the residence.

“They initiated lights and sirens and the suspect sped away,” Thomas said.

During the pursuit the suspects hopped curbs, ran into trees and even sped through a residents yard and broke a fence.

Shortly after that the suspects vehicle turned into a vacant lot, got high centered on a pile of dirt and that’s when deputies took the suspects into custody.

Kalkbrenner was booked into the Utah County Jail “on multiple counts of vehicle burglary, possession of stolen property (found at the house and in his vehicle), and several drug charges,” the release stated.

Police are also holding Misty Barnes in connection with the incident.

Residents who live in the neighborhood that this high speed chance took place caught everything on video. Watch the news story above to see the video and hear from residents.

Anyone with information on the incident can call the Utah County Sheriff's Office at Eagle Mountain at 801-794-3970.

"The Sheriffs office would like to thank all those that were willing to call in tips to help solve this case," the press release said.