A disabled veteran gets the gift of mobility days before Christmas 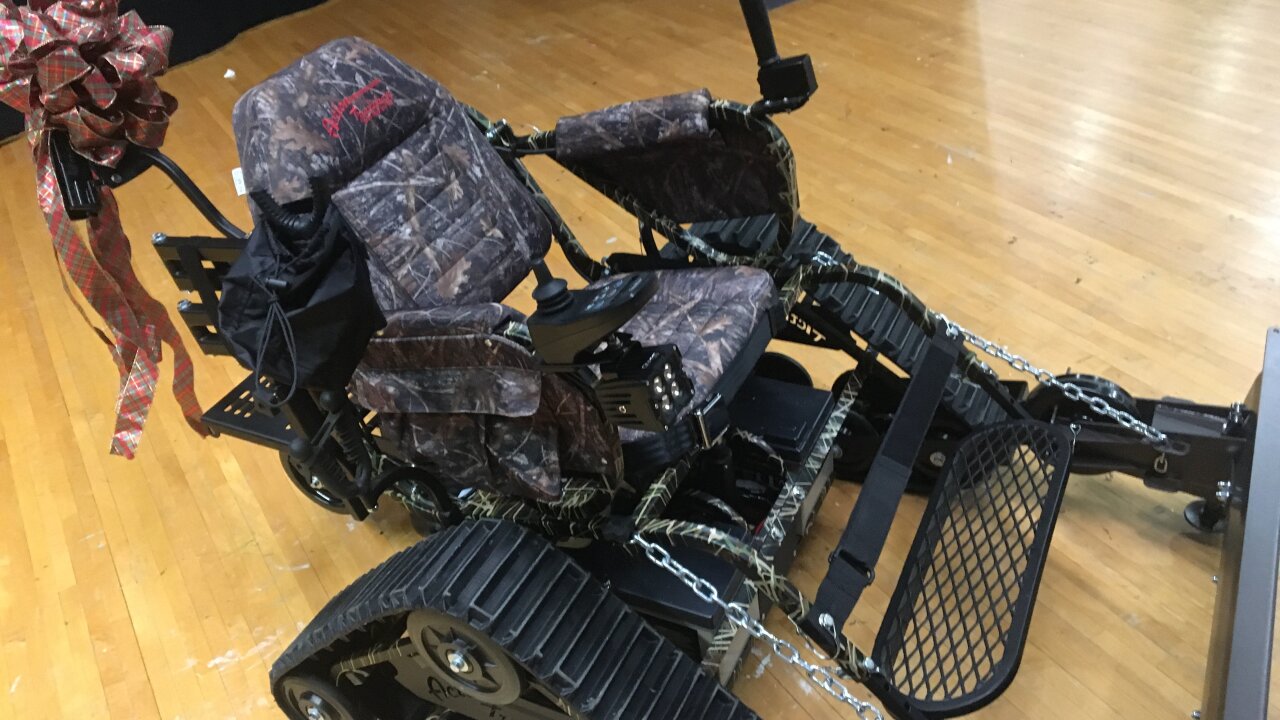 **Embargo: Harrisburg-Lancaster-Lebanon-York, PA** A disabled veteran from York County got the surprise of a lifetime. 32-year-old Jeremy Jacoby got the gift of mobility just a few days before Christmas.

York County, Pennsylvania (WPMT) — A disabled veteran from York County got the surprise of a lifetime Friday night.

32-year-old Jeremy Jacoby got the gift of mobility just a few days before Christmas.

The ‘Roots for Boots’ veterans organization rallied together with the Hanover community for the last two months and raised more than $15,000 to finally gift an Army war hero the trackchair that he desperately needed.

“It’s almost like not having legs,” said Jeremy Jacoby, Army Veteran. “Every time we get out of the car he says daddy chase me and I can’t, it’s heartbreaking, and it’s nice that I’m going to be able to do that now,” he added.

Jacoby served in Iraq and Egypt for nearly six years.

He became partially paralyzed from the waist down from chemical exposure and lost his ability to walk on his own.

“It’s very emotional,” said Christie Lucas, Roots for Boots founder. “You know, our problems are small compared to what they are going through,” she added.

The trackchair was custom-made just for Jacoby and will allow him to do all of the things outdoors he’s been dreaming of doing with his 3-year-old son like fishing, hunting and even plowing snow.

“When we first met, he said he lives for the moment when he can pull his son on the sled, be able to chase him around in the yard, play tag. So with this chair that’ll definitely allow him to do that,” added Lucas.

“I’m really looking forward to being able to experience that with my son and join in on the fun that I’ve been missing out on,” said Jacoby.

Jacoby says he feels like he’s finally gaining back a piece of his life.

“Now I will have a set of tank legs to run around the backyard and do whatever so it’s a really good feeling,” added Jacoby.