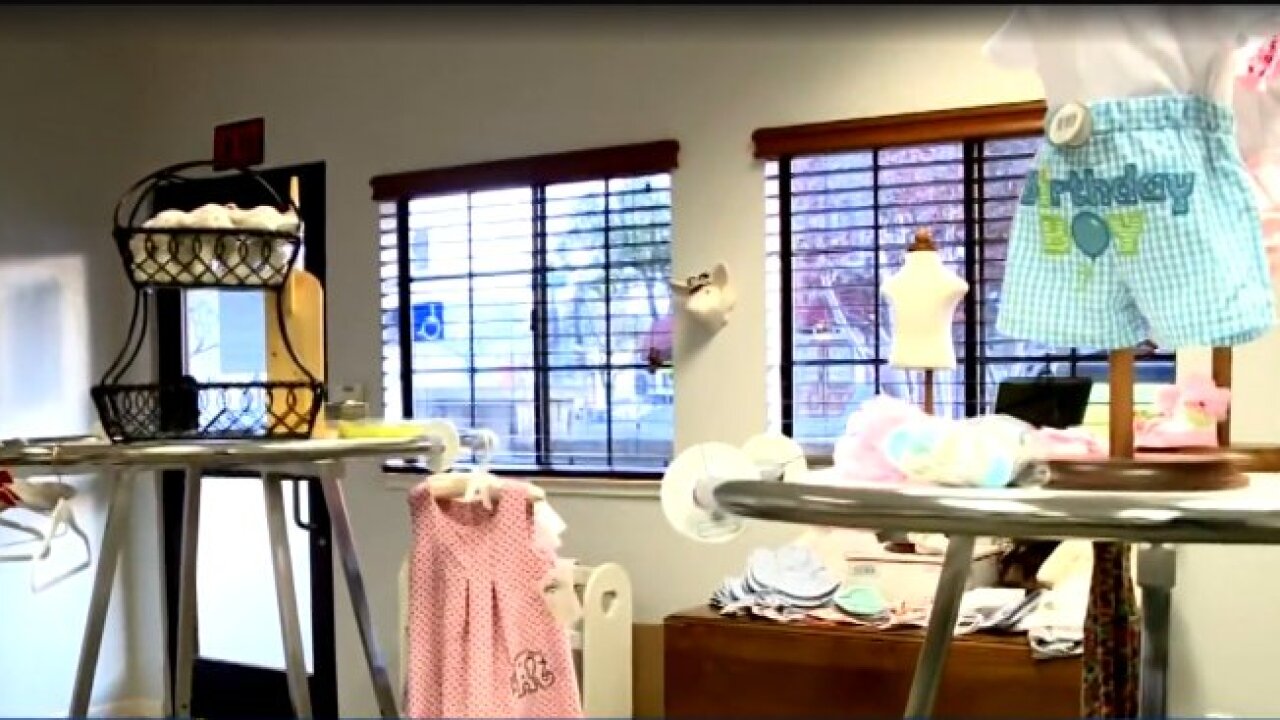 **Embargo: Sacramento, CA** An up and coming baby clothing store in Lodi is out tens of thousands of dollars and was forced to cancel online Christmas orders, after a brazen break-in.

Lodi, CA (KOVR) — An up and coming baby clothing store in Lodi is out tens of thousands of dollars and was forced to cancel online Christmas orders, after a brazen break-in.

“I had many orders that we could not refund because we have nothing,” said store owner Jennifer Schuyler.

It happened in downtown Lodi at the Just Baby Boutique.

Cleaned out by a Christmas Grinch, $25,000 worth of baby items inside the boutique were stolen during a smash and grab.

They weren’t just any baby clothes, rather a high-end and handmade clothing that took thousands of hours of work to make.

“Every item is unique, only one of a kind. We don’t mass produce anything,” she said.

Schuyler says the store was getting ready to open its doors in January, but it already had a big presence online selling items on Etsy. Just days before Christmas and with nothing left to sell, every order had to be canceled and refunded.

“We were very lucky that nobody was angry and hopefully we won’t lose some of our customers because of this,” Schuyler said.

Lodi police say business burglaries are higher than average for this time of year. Sal Mirales owns the Legendary Barber Shop on Kettleman Lane and says he was recently ripped off.

“It’s bad for business,” said Mirales, “Two weeks ago, we had someone come in and take money from the shop, broke into a couple of other buildings next to us.”

Though it’s been a huge setback, Schuyler says she won’t let a burglar run her out of business.

The suspect in the case also took a cash register and an iPad Point of Sale system. Fortunately, they did leave behind the sewing machines. Police say there are no leads in this case.