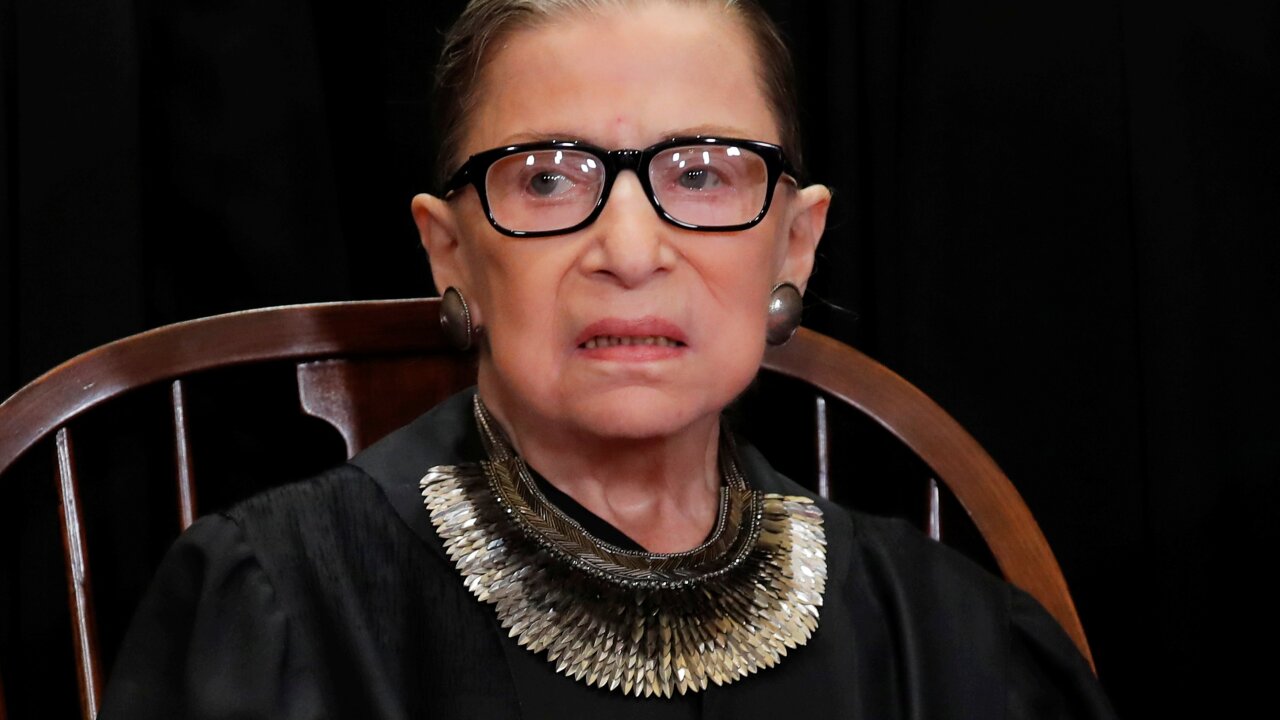 **This image is for use with this specific article only** U.S. Supreme Court Associate Justice Ruth Bader Ginsburg is seen during a group portrait session for the new full court at the Supreme Court in Washington, U.S., November 30, 2018.

There is no evidence of any remaining disease, says a court spokesperson, nor is there evidence of disease elsewhere in the body.

The 85-year-old liberal icon was hospitalized last month after a fall in her office in which she fractured three ribs.

Ginsburg has said that she’ll continue to serve on the Supreme Court as long as she’s able to do the job. In 1999, Ginsburg underwent surgery for colorectal cancer, and 10 years later she was treated for early stages of pancreatic cancer.

“I said I will do this job as long as I can do it full steam,” Ginsburg said Sunday during an interview following a New York City screening of “On the Basis of Sex,” a feature film about her years as a young lawyer.

RELATED: The making of a judicial phenomenon: Ruth Bader Ginsburg marks 25 years on the bench

She has also hired law clerks for the next two two court terms.

Dubbed the “Notorious RBG,” Ginsburg marked 25 years on bench this year since her appointment to the court in 1993.

She has become best known for her opinions related to civil rights issues, including the landmark case opening up the Virginia Military Institute to women. Her dissents in recent years have continued to energize Democrats at a time when Republicans control the executive and legislative branches of government and the Supreme Court moves rightward.

The “Notorious RBG” meme, a play on the late rapper Notorious B.I.G., was created as a response to a 2013 dissent Ginsburg wrote when the court majority issued a milestone decision rolling back voting-rights protections.

Before joining the bench, she pushed for women’s rights in the 1970s, winning five of her six cases argued before the Supreme Court. She was the second woman to serve on the high court, following Justice Sandra Day O’Connor.

The justices are not scheduled to meet until a closed-door conference on January 4.

Read the full statement from the court:

Justice Ruth Bader Ginsburg underwent a pulmonary lobectomy today at Memorial Sloan Kettering Cancer Center in New York City. Two nodules in the lower lobe of her left lung were discovered incidentally during tests performed at George Washington University Hospital to diagnose and treat rib fractures sustained in a fall on November 7. According to the thoracic surgeon, Valerie W. Rusch, MD, FACS, both nodules removed during surgery were found to be malignant on initial pathology evaluation. Post-surgery, there was no evidence of any remaining disease. Scans performed before surgery indicated no evidence of disease elsewhere in the body. Currently, no further treatment is planned. Justice Ginsburg is resting comfortably and is expected to remain in the hospital for a few days. Updates will be provided as they become available.

RELATED: How Ruth Bader Ginsburg became the face of the Trump resistance