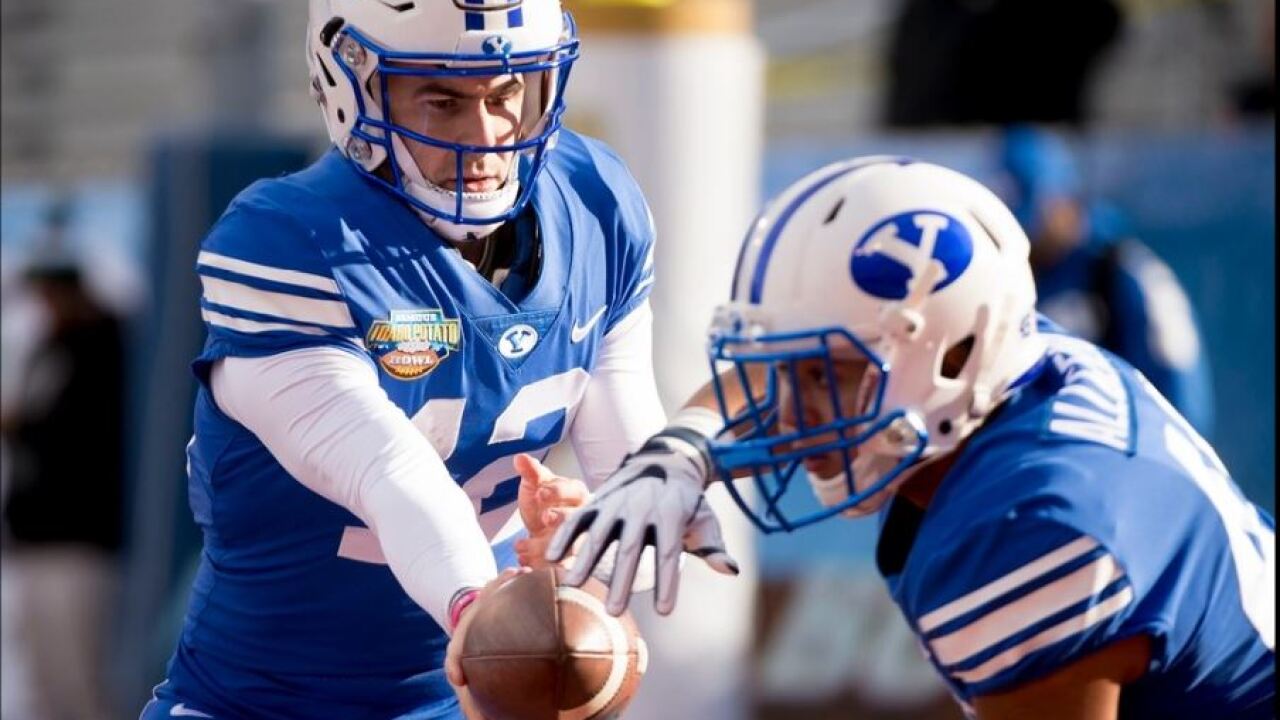 BYU freshman quarterback Zach Wilson, the game’s MVP, completed all 18 passes he threw and finished with 317 yards and four touchdowns.

His 18 straight completions is a BYU record in a single game and the second-most consecutive completions in bowl history, behind only Georgia’s Mike Bobo, who had 19 against Wisconsin in the 1998 Outback Bowl.

Boise-area native Tanner Mangum replaced Wilson with seven minutes, 37 seconds remaining in the fourth quarter and received a nice round of applause from the pro-BYU crowd. He threw a 41-yard pass to Dylan Collie to set up BYU’s seventh TD, a 1-yard run by Brayden El-Bakri.

Click here to read more about the game on The Salt Lake Tribune.
43.615019 -116.202314
Copyright 2020 Scripps Media, Inc. All rights reserved. This material may not be published, broadcast, rewritten, or redistributed.