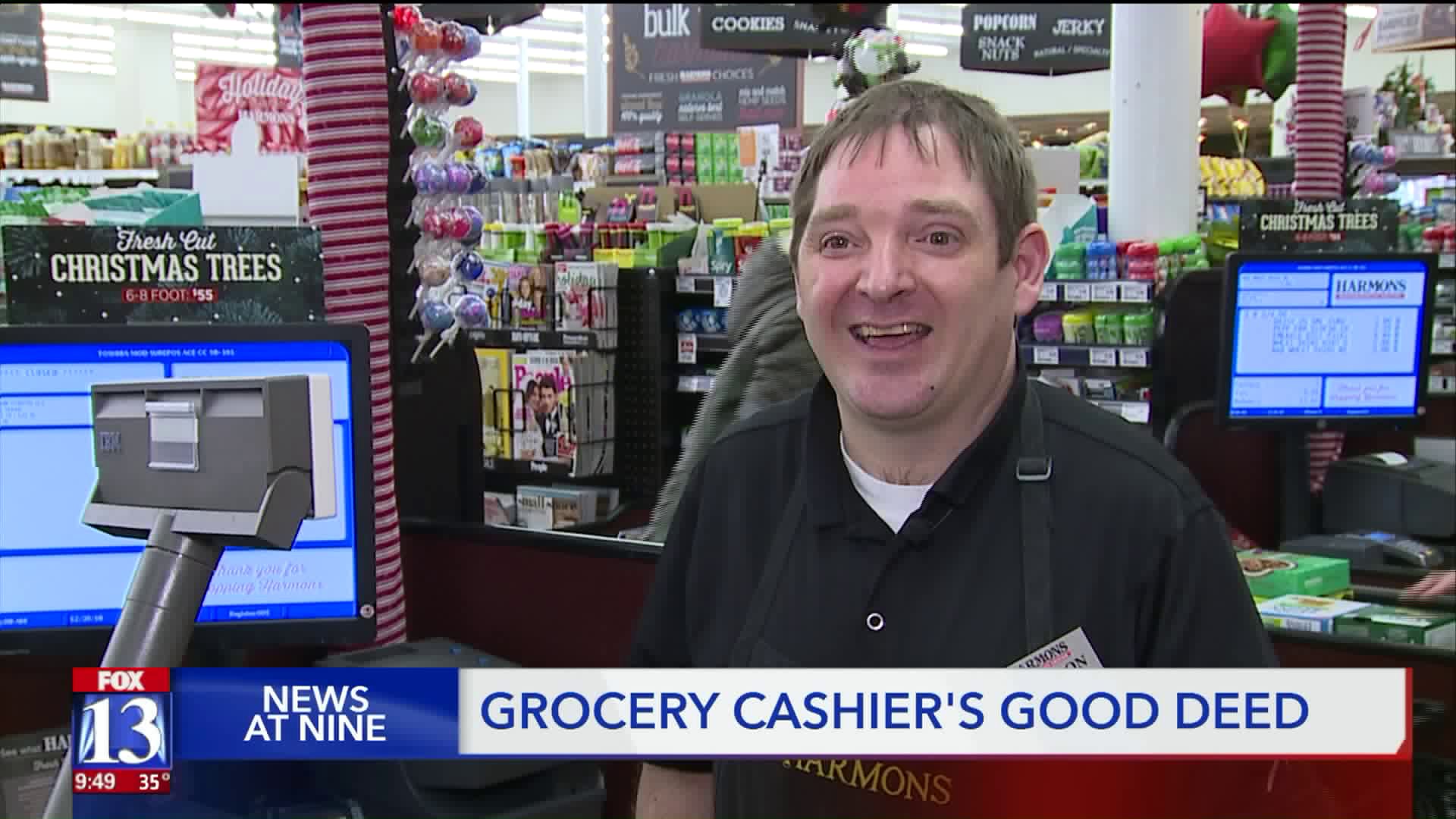 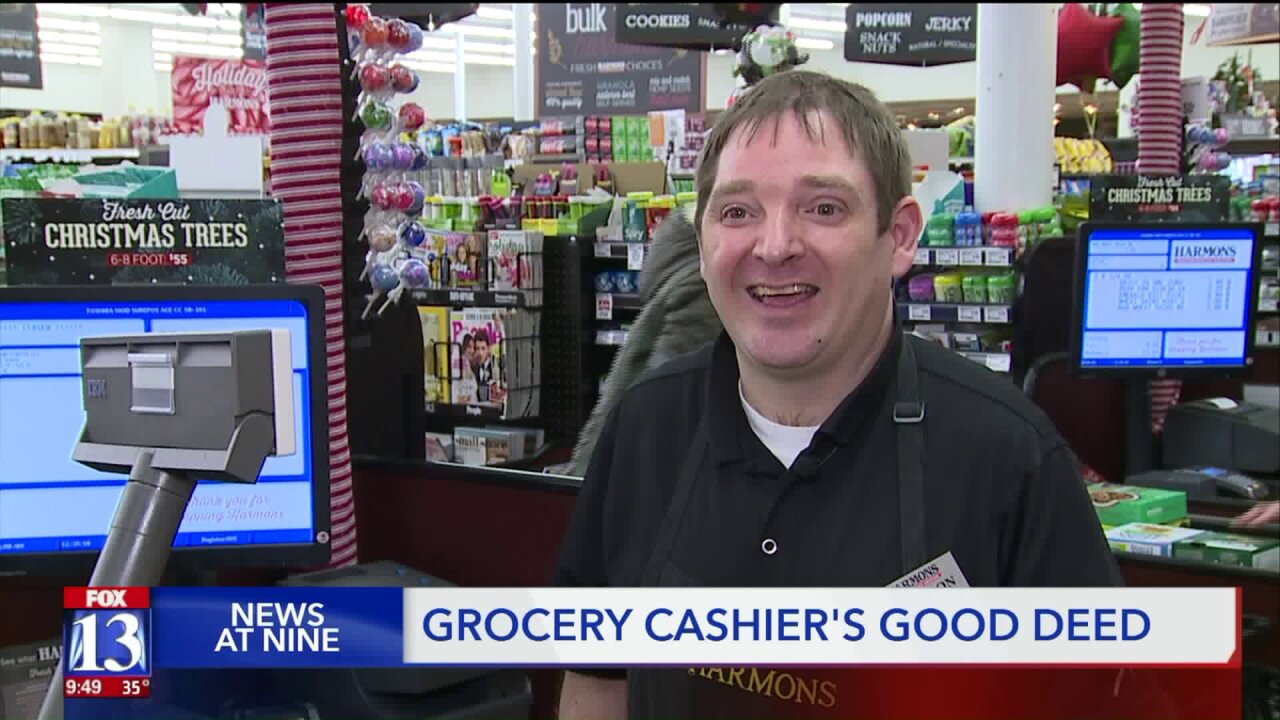 SALT LAKE CITY — There's good people out there, and shoppers say a cashier at a local grocery store in Salt Lake City is one of them.

"He is absolutely the happiest, helpful person I have ever seen," shopper Rae Milius said.

If you're a regular shopper at Harmons in Salt Lake City's Brickyard neighborhood, you probably know Brandon Wojciechowski. He's worked there for 19 years and has made quite an impression on customers.

"We'll have lines backed up. I'll open up right next to him and try to pull customers over, because I’m thinking they’re in a hurry. No, they want to go to Brandon's line," Harmons Store Director Ryan Morris said.

"Brandon always entertains my child, does jokes with him, sounds, give him stickers, and he always has a joke to tell," shopper Ashlie Crowder said.

Everyone who knows Brandon has nothing but good things to say about him, but it was an Instagram post that spread the word about the extent of his generosity.

According to Amber Harmon, vice president of customer experience at Harmons, a refugee woman came through Brandon's line, and she didn't have quite enough money to buy her groceries.

"Brandon just subtly reached in his pocket to grab the money and finish paying for her," Harmon said.

Another customer in line snapped a picture of the good deed. She said in her Instagram post, she "was moved to tears."

"She spoke barely any English," Brandon said. "But we both smiled as we parted on our ways."

Although he's received a lot of attention for his act of kindness, Brandon explained that to him, it's not such a big deal.