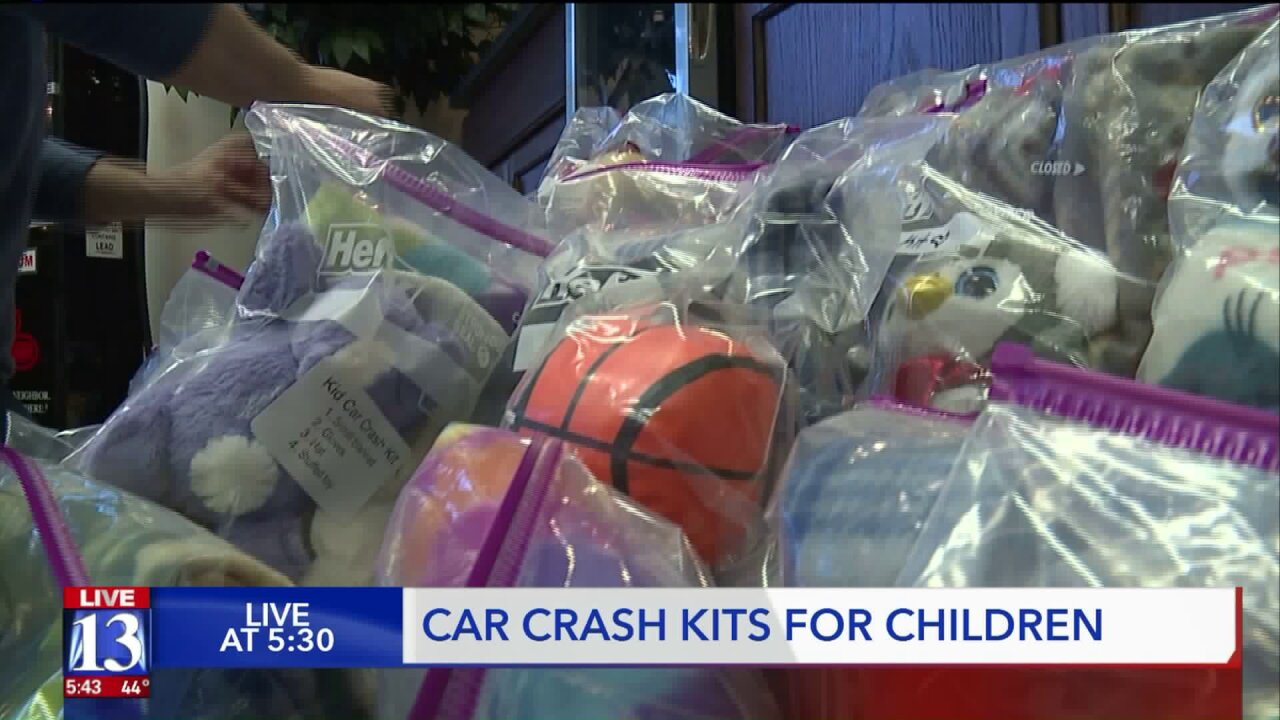 HERRIMAN, Utah — A Herriman woman has a unique wish list for the Holiday Season. She's collecting donations for the newly-formed police department, so that officers are equipped with an extra tool to help children in distress.

Dozens of plastic Hefty bags stacked in the lobby of a State Farm office may not look like neatly-wrapped presents, but inside the clear bags await gifts of comfort.

"We have a snowman, and teddy bears," Heather Shay said, sifting through the crinkly pile.

She explained that each bag contains four items for a Kid Car Crash Kit — a hat, pair of gloves, stuffed animal and a blanket. They're warm, fuzzy items meant for kids who might be facing some pretty cold, traumatic situations.

"It's always nice for little children to have something to hold onto, to look at, to redirect their attention from something that's otherwise pretty scary," she explained.

Shay began collecting the donations earlier this month. She said her idea was born out of a conversation with a Herriman police officer, about what the department needs during the winter season.

It's also a project she connects to on a personal level. Shay said she and her daughter were in a car crash years ago.

Whether a car accident or something worse, the Herriman Police Department said items like a stuffed animal or blanket can go a long way for the children they come across.

"It's a great tool for us to have to help lessen the impact of the trauma on the children, but also for our officers to be able to interact with them in positive way," explained Lieutenant Cody Stromberg.

Shay said it's a message for the kids that someone cares, and for the kids' families — that everything is going to be okay.

"It's a little bit of love for the children who might need it at that moment," she said.

Shay said that's the last day for the Kid Car Crash Kit drive. Right now they have about 70 kits, but Shay said they hope to reach 100.

She said the office has plastic bags ready to be filled with kid-size gloves, hats, blankets and stuffed animals.

Anyone bringing their own completed kits can do so in a 2.5 gallon clear plastic bag.