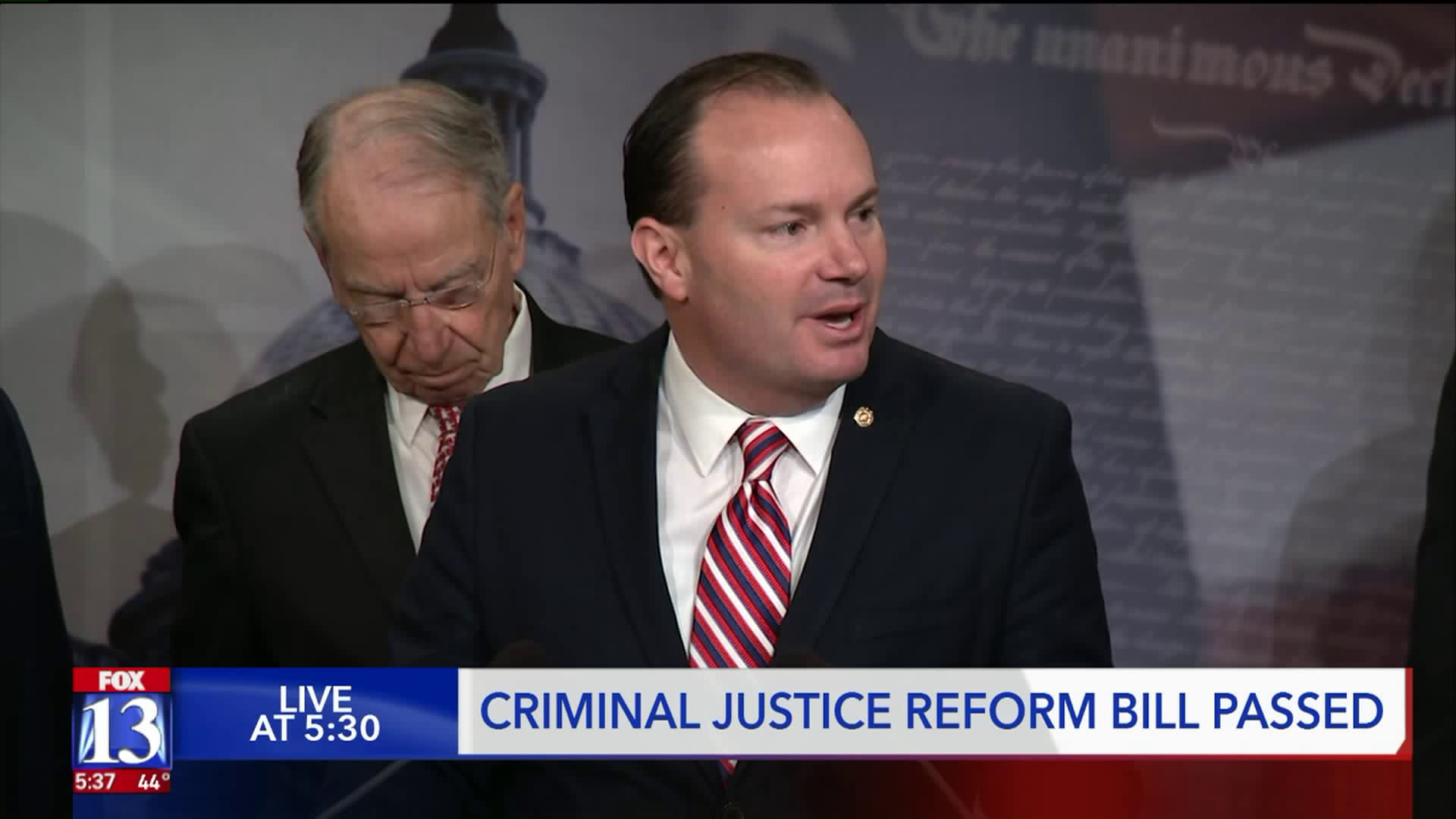 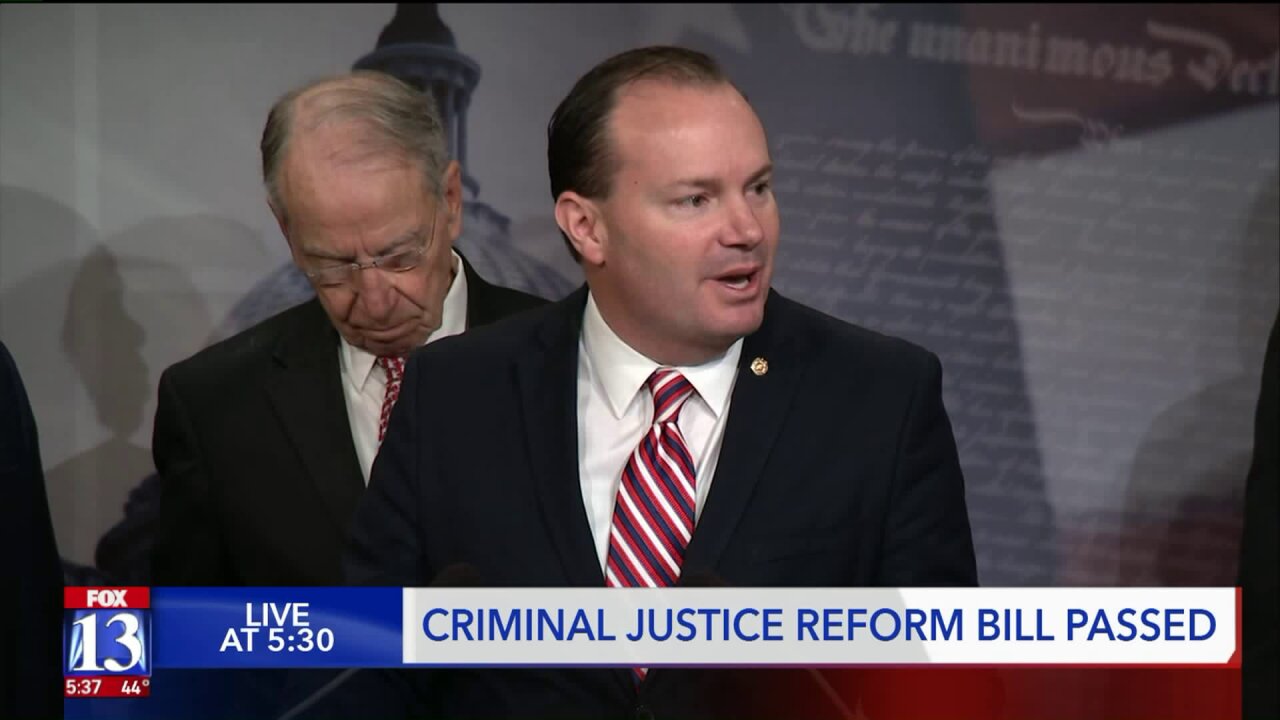 SALT LAKE CITY — Utah Senator Mike Lee celebrated the biggest victory of his legislative career with the passage of the First Step Act, which reforms federal sentencing and correction policy.

"This may be my proudest moment in my eight years in the United States Senate," Lee told reporters at a news conference celebrating the passage of the act in an 87 to 12 Senate vote.

The bill goes to the House of Representatives where it is expected to pass and get to the President Donald Trump's desk.

Trump has said he plans to sign the legislation that expands anti-recidivism programs like drug treatment and job training. It also changes sentencing guidelines, including reducing mandatory minimum sentences for non-violent drug offenders.

Lee has fought for such changes for years, working closely with Democrats Corey Booker of New Jersey and Richard Durbin of Illinois, as well as with former president Barack Obama.