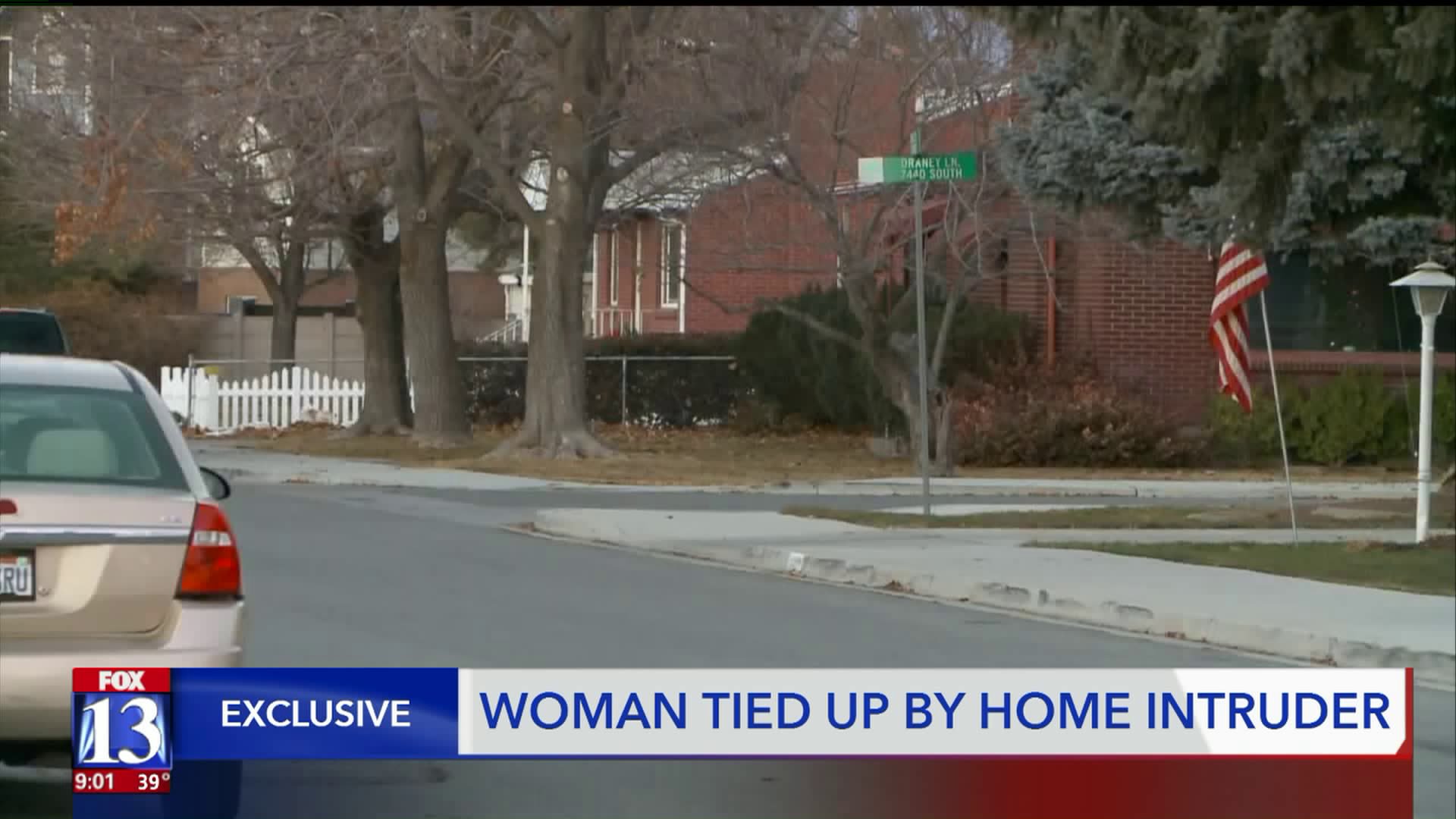 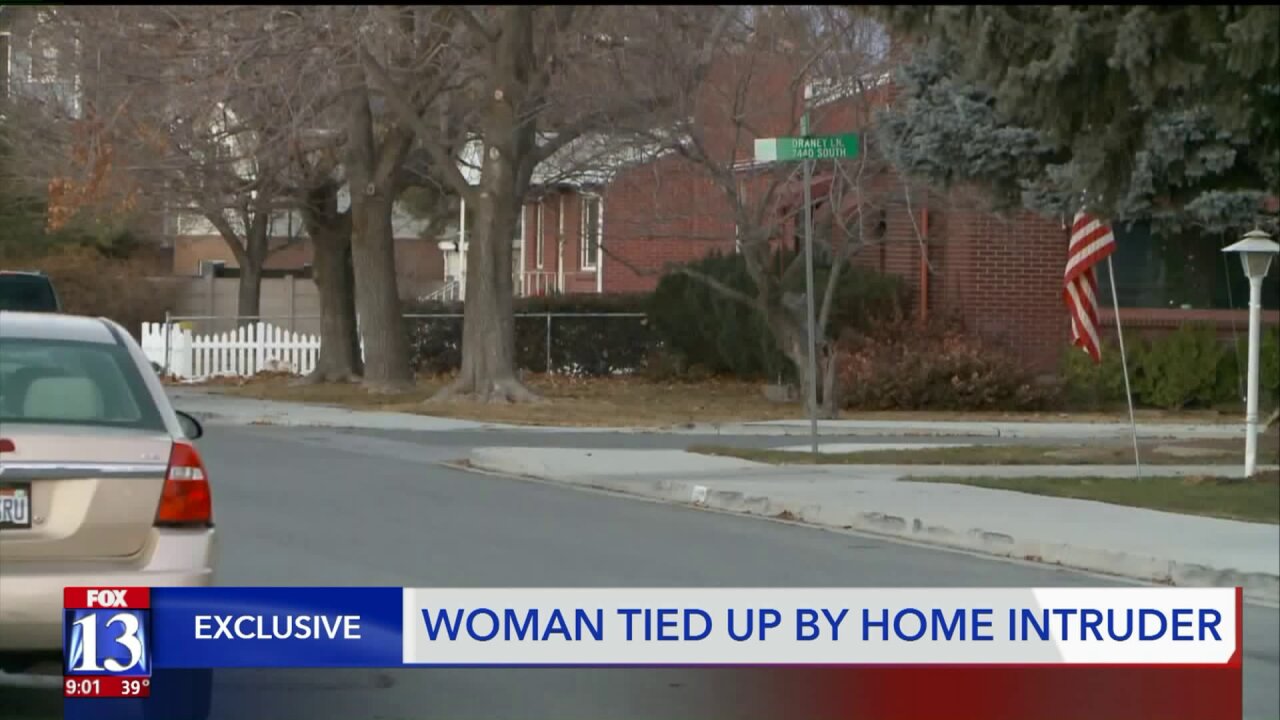 MIDVALE, Utah — Unified Police are searching for a suspect in a home invasion robbery.

Investigators said around 5 p.m. Tuesday, a masked man made his way into a home on Maple Street and 7500 South through an open garage door.

The suspect held the resident at knifepoint and demanded the keys to her car.

“She didn’t have the keys,” UPD Sgt. Melody Gray said. “He tied her up, went through some drawers and things and took some property of hers.”

About 10 minutes after the suspect left, the victim flagged down her neighbor.

“She had her head out the door and was just screaming for me,” Lynzi Hansen said. “As soon as I saw the panic on her face and how scared she was and realized what had actually happened, that’s when the fear set in.”

Hansen cut the tape from her friend's wrists before going inside the home.

“I went back into her back room and saw that things had been gone through and it looked like someone had been there to rob her,” Hansen said.

“It’s very frightening for somebody to walk into someone’s home. They don't know who’s inside. They don’t know who they are going to encounter,” Gray said.

The crime has rattled many who live in the quiet neighborhood.

“It was right next door to me and I didn’t hear anything. I didn’t see anything. I couldn’t help it or prevent it, was just an awful feeling,” Hansen said.

No one was injured.

Police want to hear from anyone who may have seen suspicious activity in the neighborhood. So far they have few leads.

The suspect is described as a Hispanic man in his early 20s with a heavy build.

He made demands to the victim while speaking Spanish.