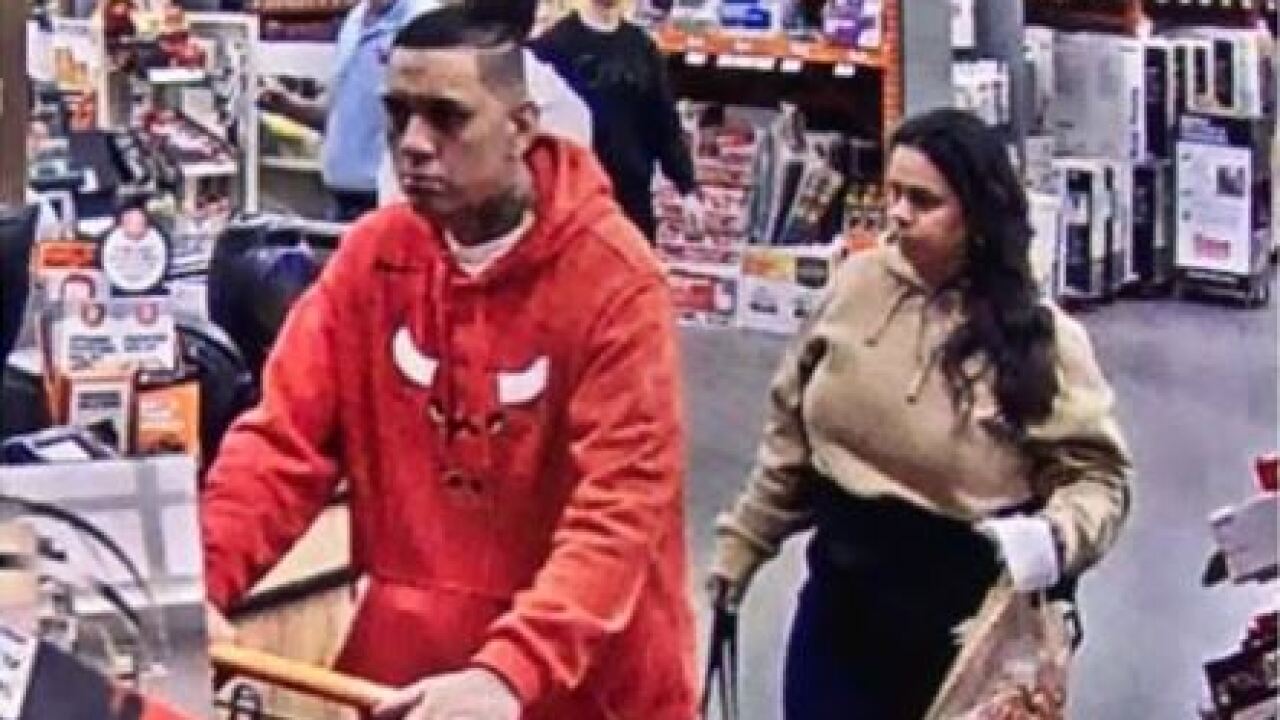 The Cottonwood Heights Police Department took to Facebook Tuesday, saying that the suspects used a stolen credit card at a Home Depot on Dec. 15.

Police described the male suspect as a Hispanic or Polynesian with short hair, wearing a red Chicago Bulls hoodie.

The female suspect was described as “heavy set,” with long black hair, wearing a brown hoodie.

Police stated that the two left the Home Depot in a gold colored Chevy Trailblazer.

Anyone with information on the suspected fraud was asked to contact Det. Tony Wolfgramm with the Cottonwood Heights Police Department at 801-944-7024.