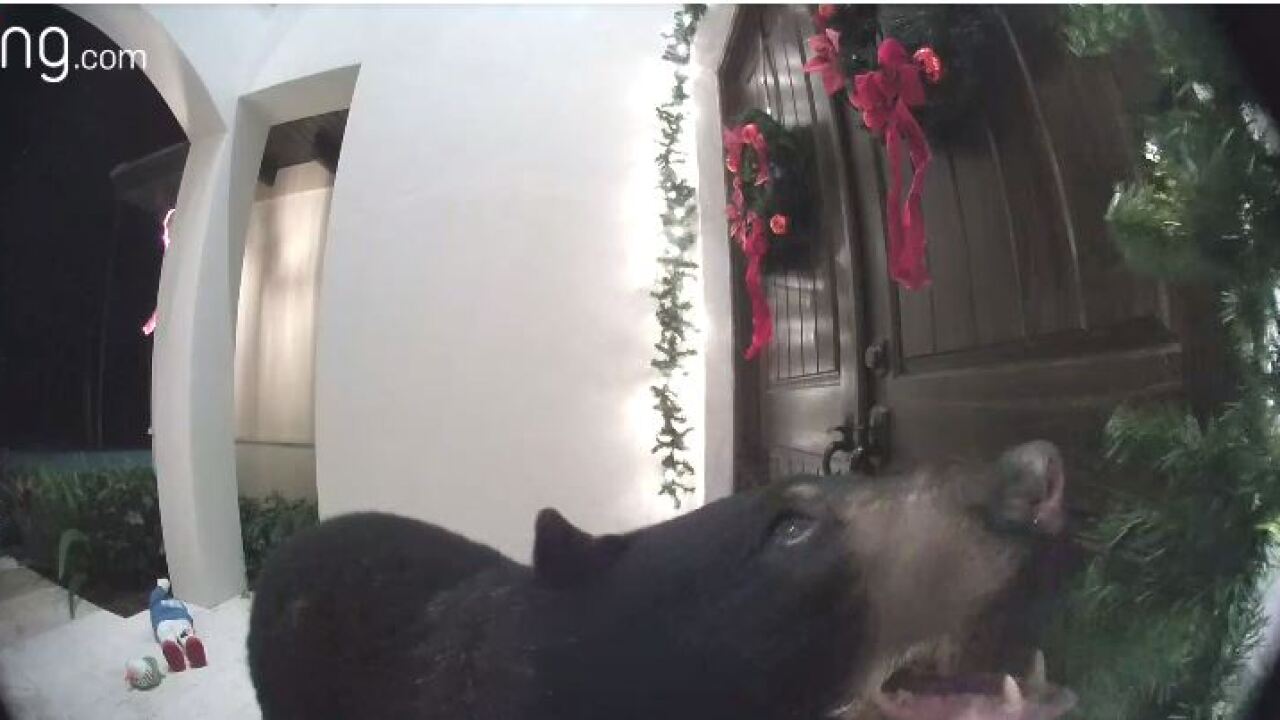 NAPLES, FL — A bear was caught on camera in Florida ringing a doorbell and knocking over decorations before a resident of the home got on a security system microphone and tried to stop the animal.

Ring.com shared the video, of the bear walking up to the doorbell, and using its nose to ring it.

When the homeowner answered, he stated “bear, go away!” which seemed to spark the animal’s curiosity.

“According to the homeowner, nothing was damaged, though the snowman decoration did lose it’s head,” Ring said. “The decoration was easily fixed and the homeowner and their family said they were very entertained by the situation!”

Photo of the incident can be seen below: