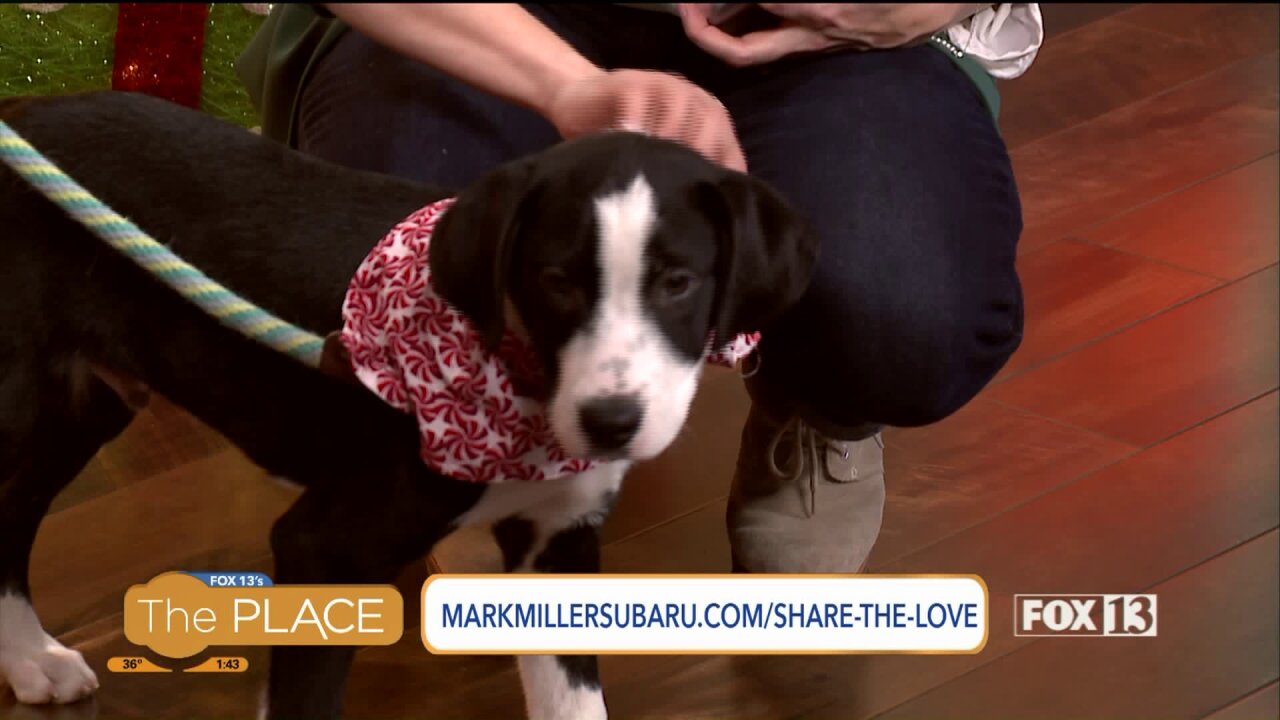 The Subaru Share The Love Event is a nationwide sales and charity event where Subaru of America donates $250 for every new Subaru sold or leased between November 15, 2018 - January 2, 2019, and also includes a full calendar of community events ranging from movie showings to sporting events.

Megan Robison from Mark Miller Subaru, stopped by to talk about Share the Love.  Mark Miller will donate an additional $50 (a total of $300) if the new car customer selects one of the two hometown charities.   Mark Miller Subaru selected the local VOA Homeless Youth Resource Center and Nuzzles & Co. Pet Rescue as their two `hometown` charities for 2018.

Jenny Castro-Conde, director of development for Nuzzles & Co., was also here to tell us about this local rescue & adoption charity.  The Nuzzles & Co. Rescue Ranch (a cage-free facility for pets to roam freely) is a 16,000 square foot home for rescued pets. At any given time, the ranch houses between 250-275 animals, requiring 48,000 pounds of pet food annually!  After years of hard work, Nuzzles & Co. has saved the lives of over 17,000 dogs and cats who would have been euthanized at other area shelters. They've also gotten the 'save rates' in Utah shelters to 85.8% of animals - which is great, but they have a mission to do even more!

This year, Nuzzles & Co. helped 20 women and their children flee domestic violence situations by sheltering their pets as long as they need us to (domestic violence shelters don't accept pets, so many women hesitate to flee a bad situation if they'd have to leave their pet behind) .

For the past two years Mark Miller Subaru has been recognized as a 'Top Contributor' by Subaru of America. This special recognition was bestowed on Mark Miller Subaru for going `above and beyond` to help their hometown charities raise the money needed to support their respective missions. With a goal of more than $110,000 this year, Mark Miller Subaru hopes to be a recipient of that award again.

Find out more at MARKMILLERSUBARU.COM/SHARE-THE-LOVE.