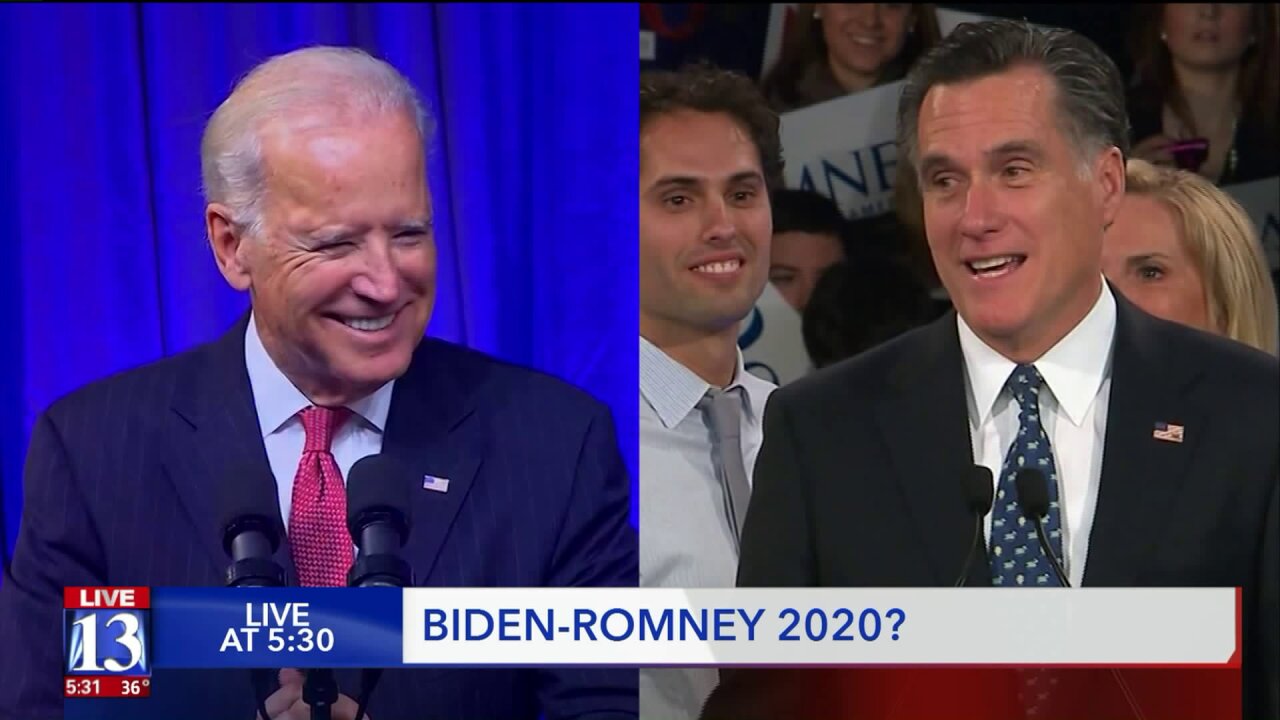 SALT LAKE CITY -- A Republican advisor for several GOP politicians wrote a piece for Politico, encouraging Joe Biden to run for President and pick Mitt Romney as his Vice President, saying they both should ditch their parties and run as independents.

The idea is catching steam online, but Jason Perry, the Director of the Hinckley Institute of Politics says it’s unlikely.

“We have had presidents who left their party and ran as independents before, but we have not had a ticket which is truly bipartisan,” said Perry.

By running as independents, both Biden and Romney would avoid the inevitable ugliness associated with a primary run.

“There are a lot of people who are interested in this position and getting through that whole effort, through the nomination itself, is going to take a toll,” said Perry.

However, running as a third-party candidate is no cake walk.

“There's a whole other issue with trying to run as a third-party candidate, without the institutional structure, without the money that comes with it,” said Perry.

There may be no precedent here, but many say the Trump presidency has changed the game.

“Are people in the country willing to consider a third party? Maybe. Utah was willing to, to a certain extent. Not enough to get someone elected, but it just shows there are some windows right there,” said Perry.

Both Romney and Biden have been known to bridge the aisle, speak out against their respective parties, and take the road less traveled.

“For the next two years, we'll see what happens with the Trump presidency to see if there is any chance for a third party. Right now, highly unlikely but you never say never in politics,” said Perry.

Even though Perry thinks a Biden Romney ticket is a long shot, he thinks the fact that we're talking about it, is an indicator of the need for civility and bipartisanship in this highly divisive political era.