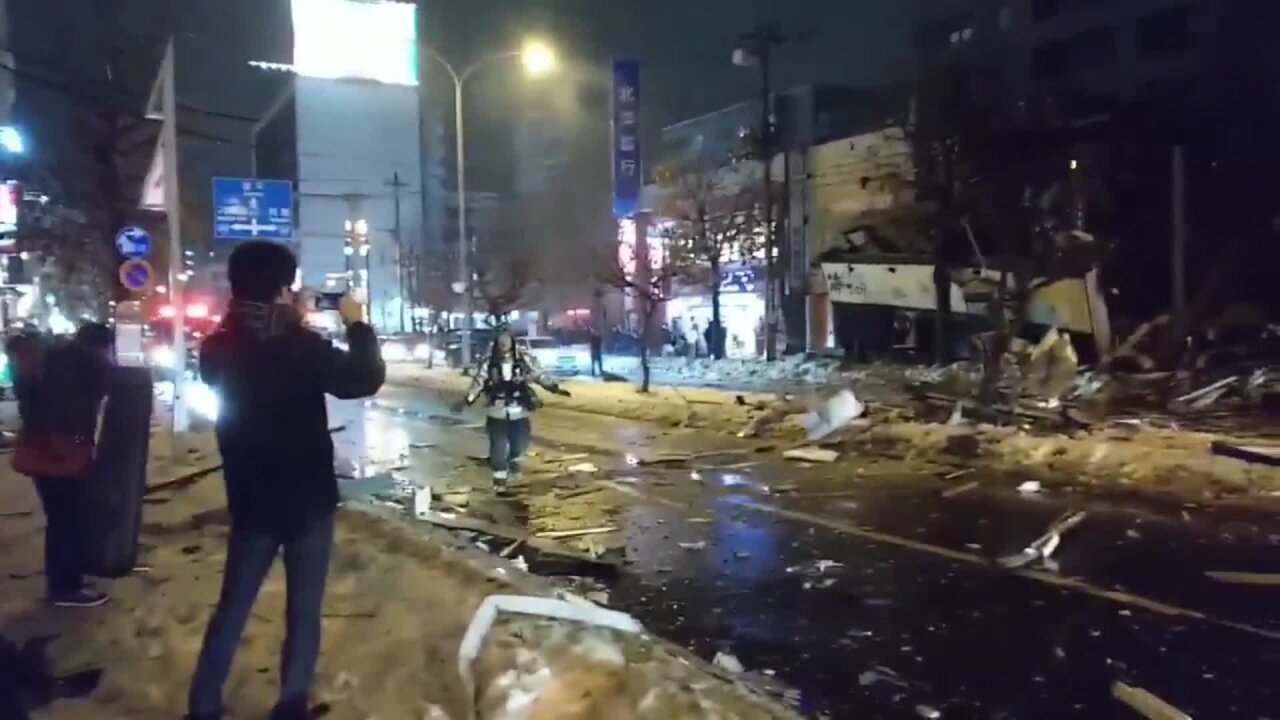 Video shows the aftermath of an explosion in Sapporo, Japan, late Sunday night.

(CNN) — An explosion near a pub in the northern Japanese city of Sapporo on Sunday night injured at least 42 people, including one critically, said Hokkaido Police public relations officer Ryohei Kashihara.

The cause of the explosion, which occurred around 8:30 p.m. local time, is unknown, and emergency services continue to investigate.

Video shows the blast’s destructive aftermath. Firefighters sprayed water onto the building’s remnants, and debris was strewn across the nearby street.

The explosion also shattered windows across the street, sending broken glass onto the sidewalk, a Twitter user posted.

Police and firefighters warned of the possibility of another explosion, according to local news agency, Kyodo.

Sapporo, with almost 2 million people, is on Japan’s large northern island of Hokkaido.