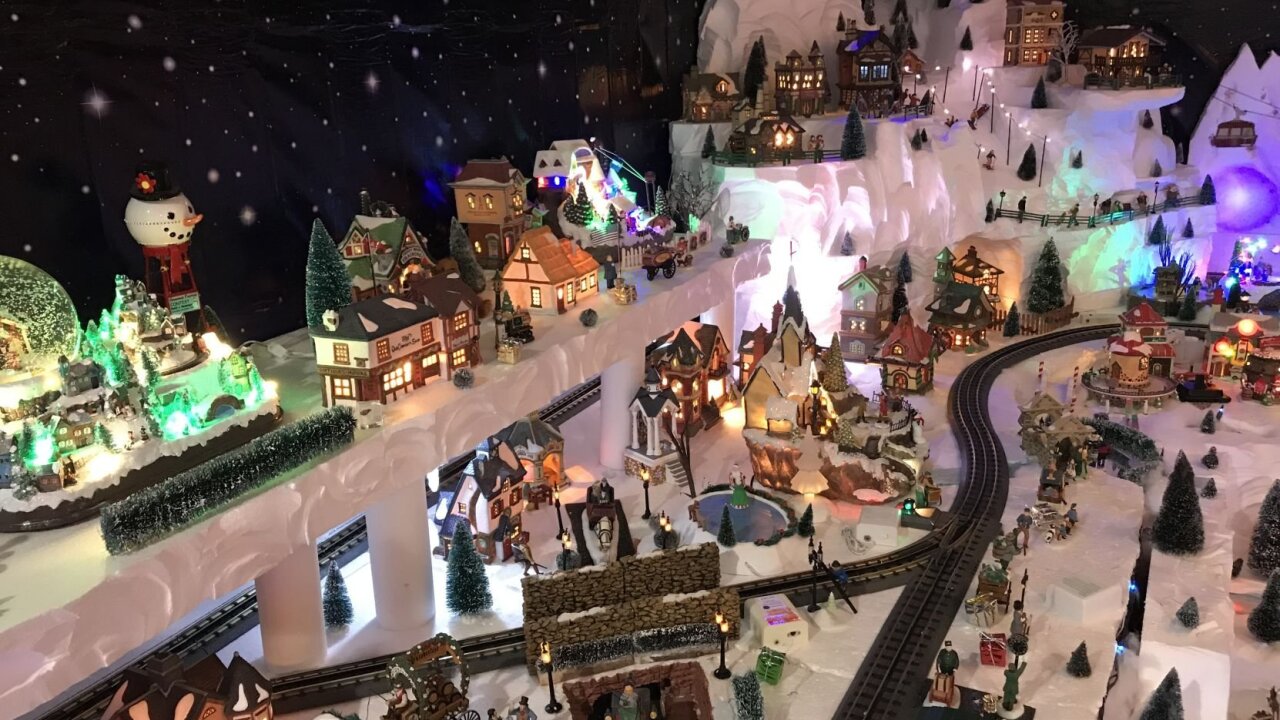 **Embargo: Phoenix, AZ** A Christmas village virtually takes up the entire living room. The retired couple builds it every year and shares the creation with anyone and everyone.

Mesa, AZ (KPHO) — If you’re out looking at Christmas lights in Mesa this weekend, you might want to swing by 10850 E. Sonrisa Avenue. It’s not so much about the lights outside as it is about the spectacle inside. A sign in the front yard says “To see our Christmas display, COME IN.” And yes, Bill and Val Grbovac really mean it.

Inside is a whole new world of miniature buildings, mountains, people and more. A Christmas village virtually takes up the entire living room. The retired couple builds it every year and shares the creation with anyone and everyone.

“I just love to do this. This is a passion,” Bill said.

He begins setting up all the moving parts, the lights and the music on Sept. 1.

After a month of construction and more time spent putting lights outside, he’s ready to flip the switch on Thanksgiving.

“We’ve been here every year and every year it looks a little different,” the couple’s next door neighbor said.

“It looks like they’re having a party up there!” a young girl said pointing to the highest point of the sculpted mountains.

“There are little kids and they come and they’re about that high and they just – their eyes open up,” Bill said.

He buys one or two new buildings every year so after almost 35 years of collecting and compiling, the magic has literally started to stack up.

Bill spent almost 200 hours putting together this entire village and some of the most amazing details are from things that didn’t come in a box. The ice and snow here are huge Styrofoam blocks that he carved himself using a hot wire.

He gets a wide range of comments from visitors.

“‘Wow!’ ‘Do you have the patience?!’ ‘Are you an electrical engineer?’ No, I’m just a retired person who loves to tinker around,” he said.

Every piece he owns is insured and nothing is in the same place year after year.

“It’s so cool! And it’s so awesome that he just opens up his whole home to invite the neighbors to come,” one neighbor said. “It’s just really cool that he’s willing to share that hard work that he’s done.”

When they first started the open house in 2015 Bill and Val had a couple hundred visitors. In 2018 they expect to have between 400 and 500 people come through their door by the time Christmas Eve rolls around.