NASA sent Juno to Jupiter in 2011. It got back works of art 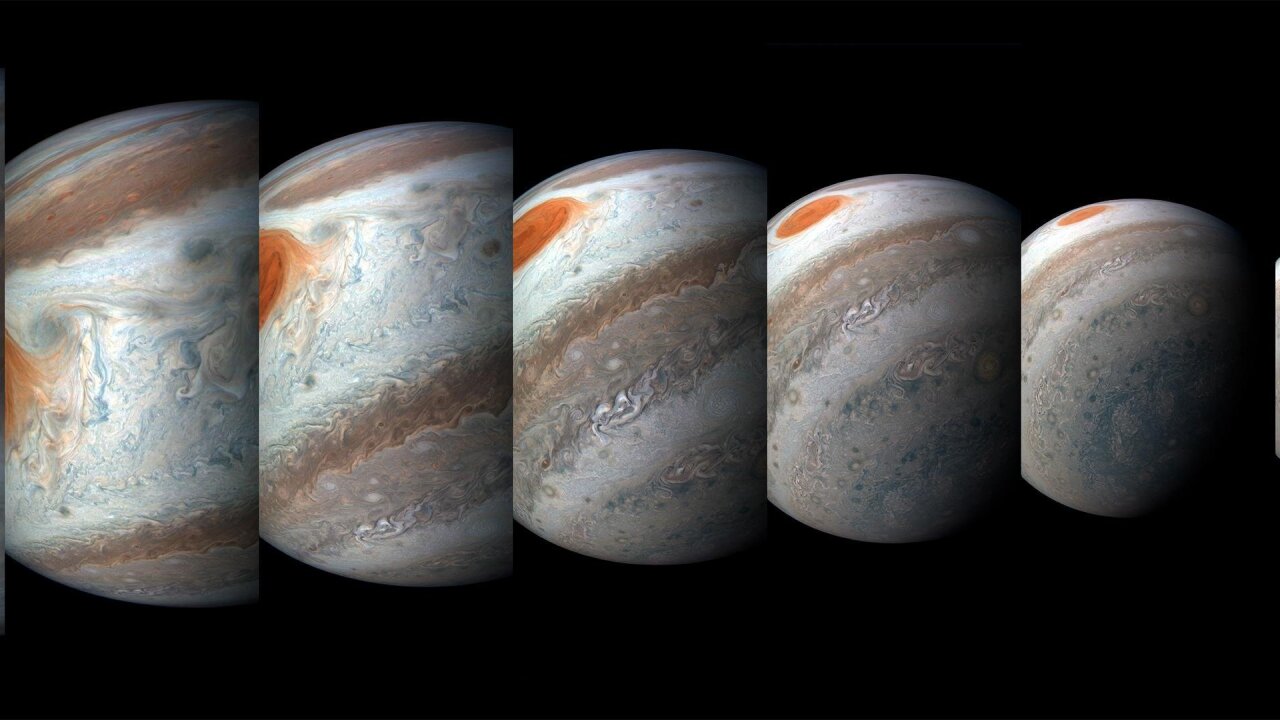 Juno traveled for years, not reaching Jupiter until July 2016. The spacecraft was launched so scientists could study Jupiter’s composition and evolution, and they are excited by what they found

(CNN) — NASA sent the spacecraft Juno to Jupiter in 2011. Well, it took a little while for Juno to get there — but it delivered.

The images were taken by the spacecraft on its 16th close flyby on October 29, NASA said.

Juno traveled for years, not reaching Jupiter until July 2016. The spacecraft was launched so scientists could study Jupiter’s composition and evolution, and they are excited by what they found. Jupiter is the fifth planet from the Sun and is the largest planet in the solar system, by far.

“The general theme of our discoveries is really how different Jupiter looked from how we expected,” said Scott Bolton, Juno principal investigator, from the Southwest Research Institute in San Antonio, when the first images were revealed last May. “This is a close-up and personal look at Jupiter. We thought it was uniform inside and relatively boring. What we’re finding is anything but that. ”

The water-colored swirls in this picture are clouds in Jupiter’s North North Temperate Belt, NASA said.

And just like clouds over here on Earth, people are looking for shapes within them.

NASA got the game going.

But others were quick to follow suit with observations ranging from a squid to a bird.

No reports of a plane or superman yet. But NASA did tweet images that are clearly a pod of dolphins.

NASA said that December 21 will mark the halfway point of the data collection of Juno’s prime mission. So hopefully more mesmerizing images are on the way, and maybe lazy Sundays of the future will take cloud gazing from the park to outer space.