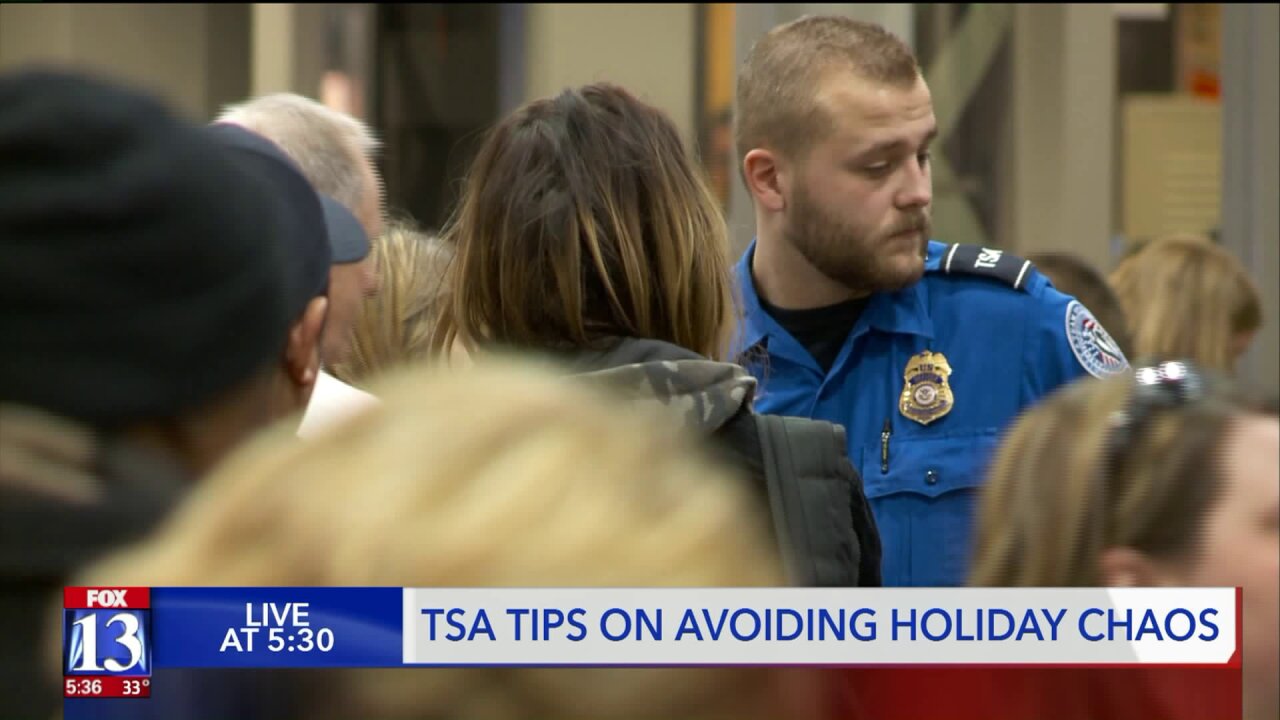 SALT LAKE CITY -- AAA says one-third of Americans are expected to be traveling by plane, train, or automobile over the next week or two, a record-breaking number.

"I was coming back from Winnipeg to Calgary and had to go from Calgary to Seattle and then Seattle back to Portland," said Donald Long, traveling to Washington.

Holiday travel can be stressful. That's why TSA at the Salt Lake City International Airport wants to remind travelers of the biggest issues that keep you from getting to your gate; issues such as packing prohibited items on your carry on.

They also remind passengers to remember the liquids rule.

Airport staff also said to use gift bags instead of wrapping presents that may not pass through security and arrive at least two hours before your flight, because, they say, it will be busy.

"Prepare yourself for that. Make sure you get to the airport in plenty of time," said Mark Lewis, federal security director at Salt Lake City International Airport.

Basically, do whatever works best for you.

"I travel with kids often too, so make sure to pack everything they’ll need to be happy throughout the whole trip," said Ricardo Villalva, traveling to Mississippi.

"I always do a carry-on," Long said, "and I make sure I get the bags that fit above the seats."

Airport staff also said the busiest travel day is projected to be Dec. 21, with the highest volume of passengers from 5 to 9 a.m. and 10 to 11 a.m.