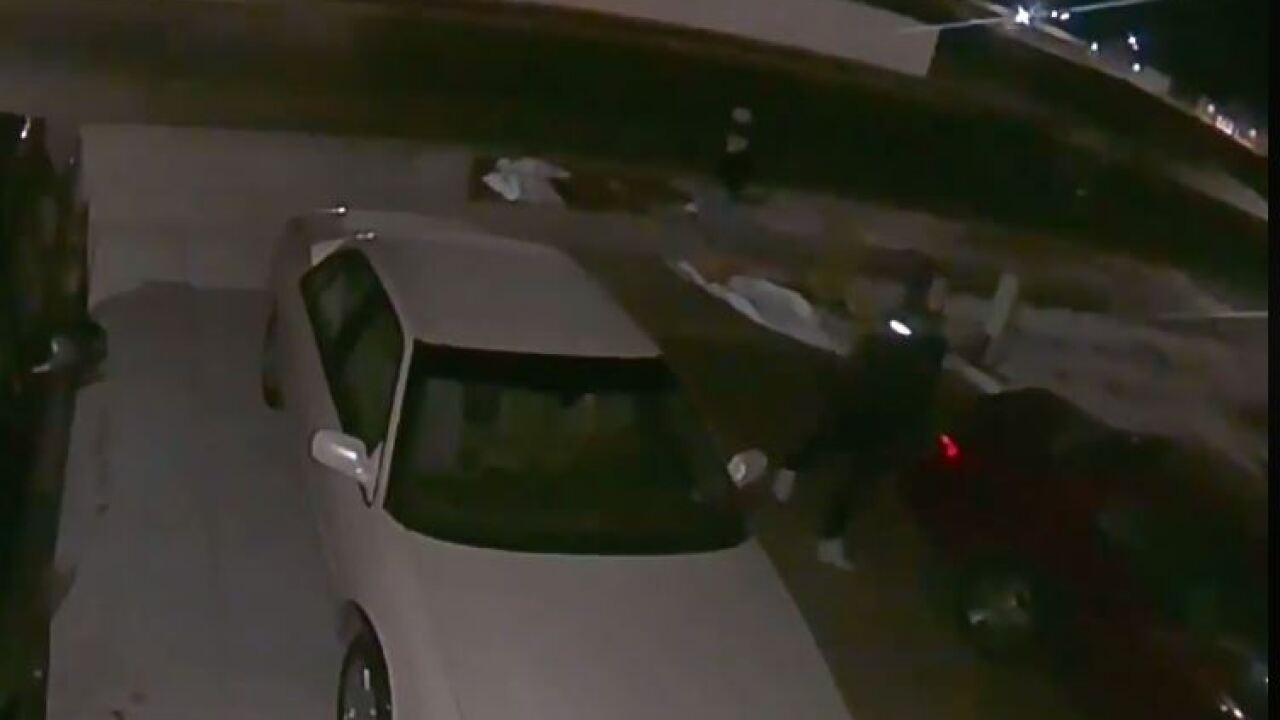 SYRACUSE, Utah — The Syracuse Police Department released surveillance footage Friday of suspects wanted for breaking into vehicles in a neighborhood.

Video of the suspects can be seen below:

Anyone with information on the thefts or the suspects were asked to call the Syracuse Police Department at 801-825-4400.

"We also ask that you please LOCK YOUR CAR and take all valuable items in the house," Syracuse police wrote. "Crimes like these are most often crimes of opportunity and an unlocked car is very opportunistic."