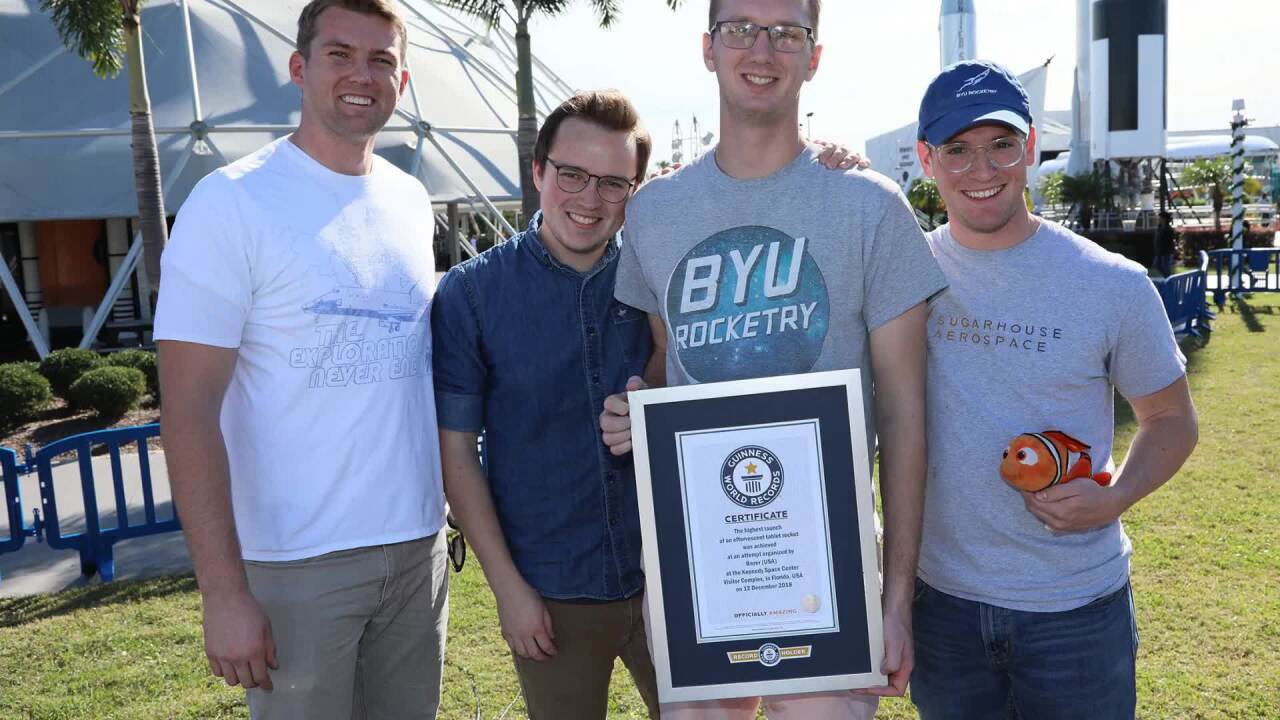 The BYU team, known as the BYU High Altitude Team, broke the world record after their Alka-Rocket soared 883 feet in the air — more than double the record set by the University of Minnesota last year.

In addition to setting a world record, Bayer awarded the BYU team $30,000.

Bayer is a global science organization. Alka-Rockets are model rockets, typically built using a 35 mm canister and propelled by the chemical reaction caused by adding Alka-Seltzer tablets to water. According to a press release, Bayer created this competition to generate awareness about the country's need for more scientists, engineers and innovators.

"It is amazing to see the imagination of these talented teams," Kerins said.

Dr. Mae Jemison, former NASA astronaut and the first woman of color in space, served as a judge at the competition. She also expressed amazement at the creativity and commitment of the teams.

"We're certain that each of these students will make their mark in science, engineering or innovation," Jemison said.