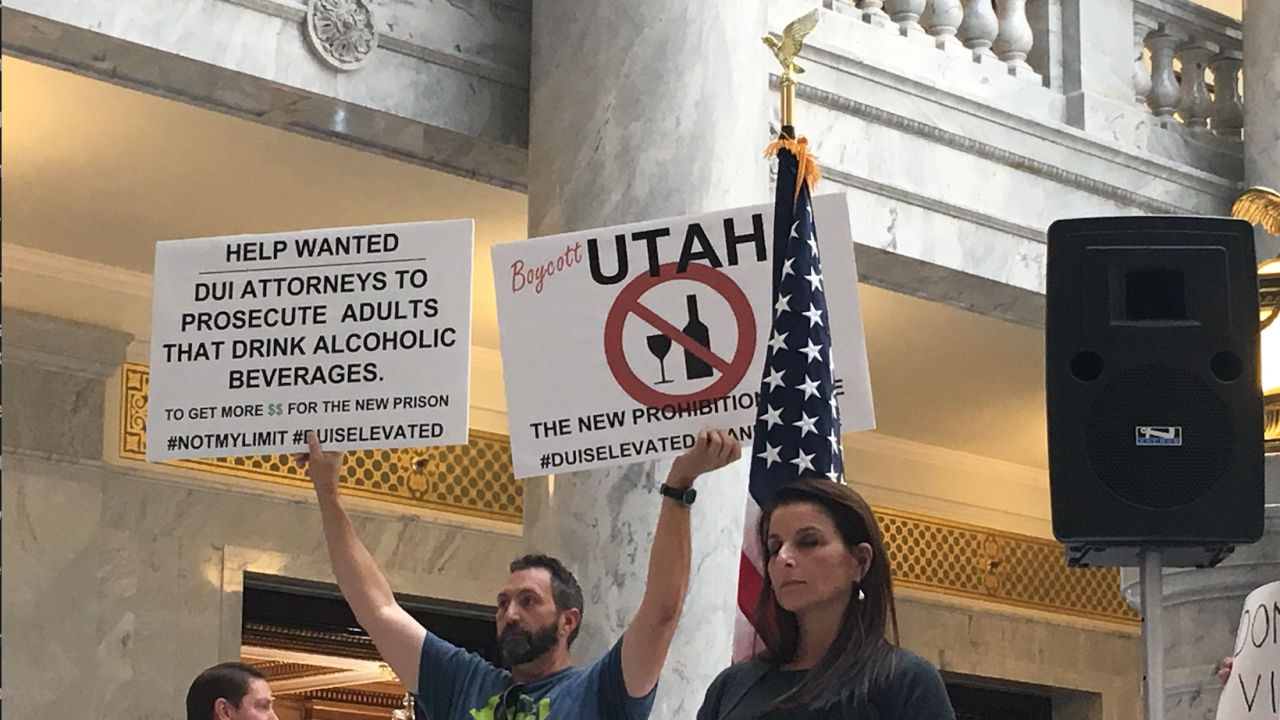 The Salt Lake Area Restaurant Association told FOX 13 on Tuesday it would no longer pursue modifications to the law that takes effect at the end of this month. SLARA Executive Director Michele Corigliano said lawmakers had made it clear they have no plans to modify the anti-drunk driving law.

“What we’ve realized is the legislators are not interested in making any amendments,” she said Tuesday. “They’ve gone through… from when they passed the legislation until now, when they said they were going to tier the penalties, they decided not to do that. So we feel like our efforts are better spent focusing on other issues.”

Corigliano said that if they see negative effects to tourism or if innocent people start getting arrested, SLARA may revisit it.

“But I think that right now, the legislators feel like it’s good enough as is,” she told FOX 13.

Instead, SLARA, which represents a lot of Utah’s dining hot spots, said it would focus on other revisions to Utah liquor laws including modifications to repealing “Zion Curtains,” those walls in restaurants that prevent patrons from seeing a drink being made. They were replaced last year with what is sometimes referred to as a “Zion DMZ” with a buffer zone between a bar area and diners.

When it goes into effect on New Year’s Eve, Utah will have the nation’s toughest anti-drunk driving law, lowering the blood alcohol level from .08 to .05. Hospitality and tourism groups have worried it will have a negative impact on the state with people feeling afraid to dine out or enjoy a ski vacation because they might get jailed after a couple of glasses of wine at dinner.

Advocates for the bill insist it will lower DUI rates and, ultimately, save lives. Rep. Norm Thurston, R-Provo, who sponsored the .05 DUI law, said Tuesday he was pleased to hear SLARA wasn’t pushing for another fight.

“Implementing this policy is going to save lives, which is the important point. I’m hoping that we can combine the implementation with a robust public messaging campaign (as the National Academies of Sciences recommended in their report) to maximize the impact of getting people who drive to not drink,” he said in a text message.

A public education campaign is expected to launch on Wednesday. A group calling itself the “Enjoy Utah Responsibly” coalition was unveiling a public awareness campaign about the new law with options for people to still have fun while not getting in trouble. Partners included Salt Lake City, the Downtown Alliance, Visit Salt Lake, Anheuser-Busch, Lyft, the Utah Dept. of Public Safety and Utah Transit Authority.