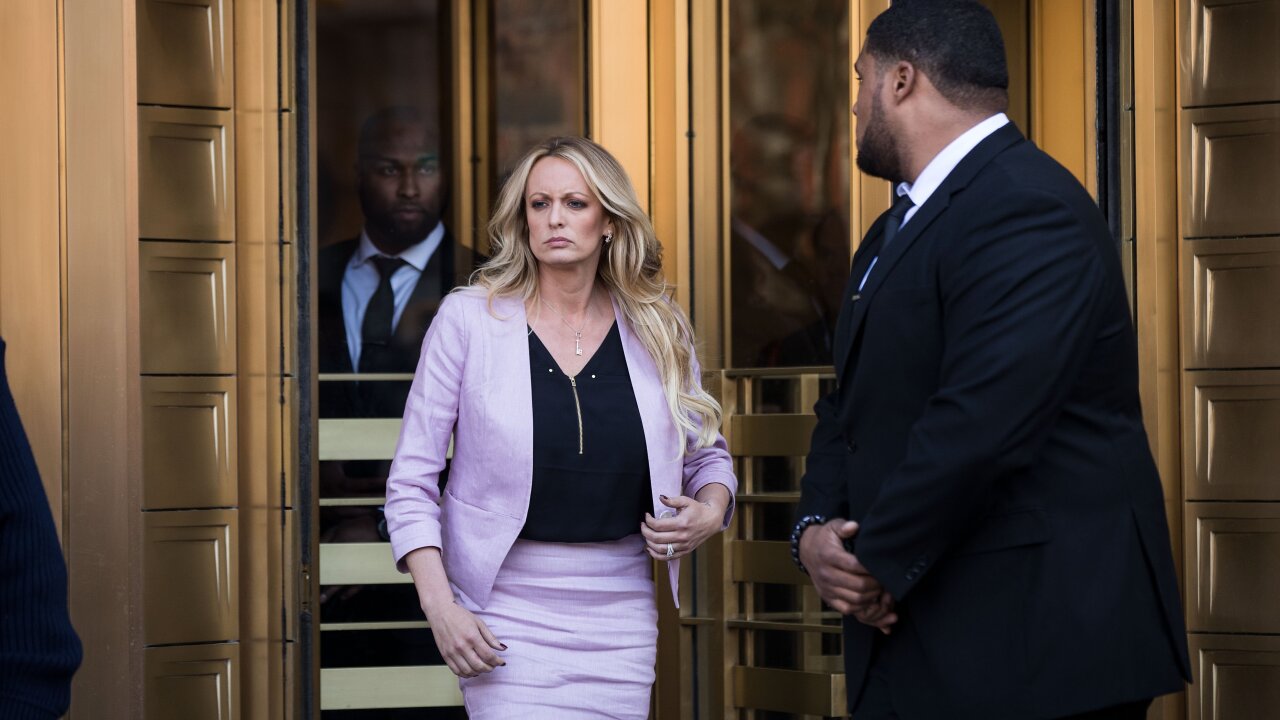 A California judge has ordered Stormy Daniels pay $293,052.33 in attorney’s fees, costs and sanctions to the lawyers representing President Donald Trump in the defamation suit Daniels and her attorney Michael Avenatti brought against Trump earlier this year.

(CNN) — A federal judge in California has ordered Stormy Daniels pay $293,052.33 in attorney’s fees, costs and sanctions to the lawyers representing President Donald Trump in the defamation suit Daniels and her attorney Michael Avenatti brought against Trump earlier this year.

In a statement, Harder called the ruling “a total victory for the President.”

The defamation suit — separate from the original lawsuit about the nondisclosure agreement Daniels signed with former Trump attorney Michael Cohen that’s now at the center of a federal criminal case against Cohen — was brought earlier this year after Trump called an allegation by Daniels that an unknown man threatened her in a parking lot to keep quiet about her alleged affair with Trump a “total con job” in a tweet.

Daniels, whose real name is Stephanie Clifford, says she and Trump had an affair in 2006, after he married first lady Melania Trump and she gave birth to their son, Barron. Trump has denied having an affair with Daniels.

Avenatti argued that Trump’s tweet, posted April 18, “attacks the veracity of her account” of the incident and Trump’s statement was “false and defamatory, and that the tweet was defamation … because it charged her with committing a serious crime,” Federal District Judge S. James Otero wrote in his opinion dismissing the lawsuit in October.

“The Court agrees with Mr. Trump’s argument because the tweet in question constitutes ‘rhetorical hyperbole’ normally associated with politics and public discourse in the United States. The First Amendment protects this type of rhetorical statement,” Otero wrote.

As part of Otero’s decision, he ordered Daniels to pay a portion of Trump’s attorney fees.

Trump celebrated the decision in October by calling Daniels “Horseface” in a tweet.

Avenatti said the ruling Tuesday was a partial win for him and his client.

“Trump asked for $800k in attorneys’ fees, costs and sanctions from the minor defamation case. The ct awarded well less than 1/2, recognizing that the request was gross & excessive,” Avenatti said in a tweet that has since been deleted. “The amount in fees awarded Stormy in the main NDA case will be at least $1 million more than this.”

So far, the judge has not ruled on the merits of the nondisclosure case nor has he awarded any fees to either attorney.

Avenatti later added a statement in a series of tweets.

“Trump and his attorney’s attempt to fool the public about the importance of the attorneys’ fees in the defamation case, which are a fraction of what they owe my client in the main NDA case, is an absolute joke,” Avenatti tweeted. “People are smarter than that.”

“Charles Harder and Trump deserve each other because they are both dishonest,” Avenatti wrote in another tweet. “If Stormy has to pay $300k to Trump in the defamation case (which will never hold up on appeal) and Trump has to pay Stormy $1,500,000 in the NDA case (net $1,200,000 to Stormy), how is this a Trump win?”